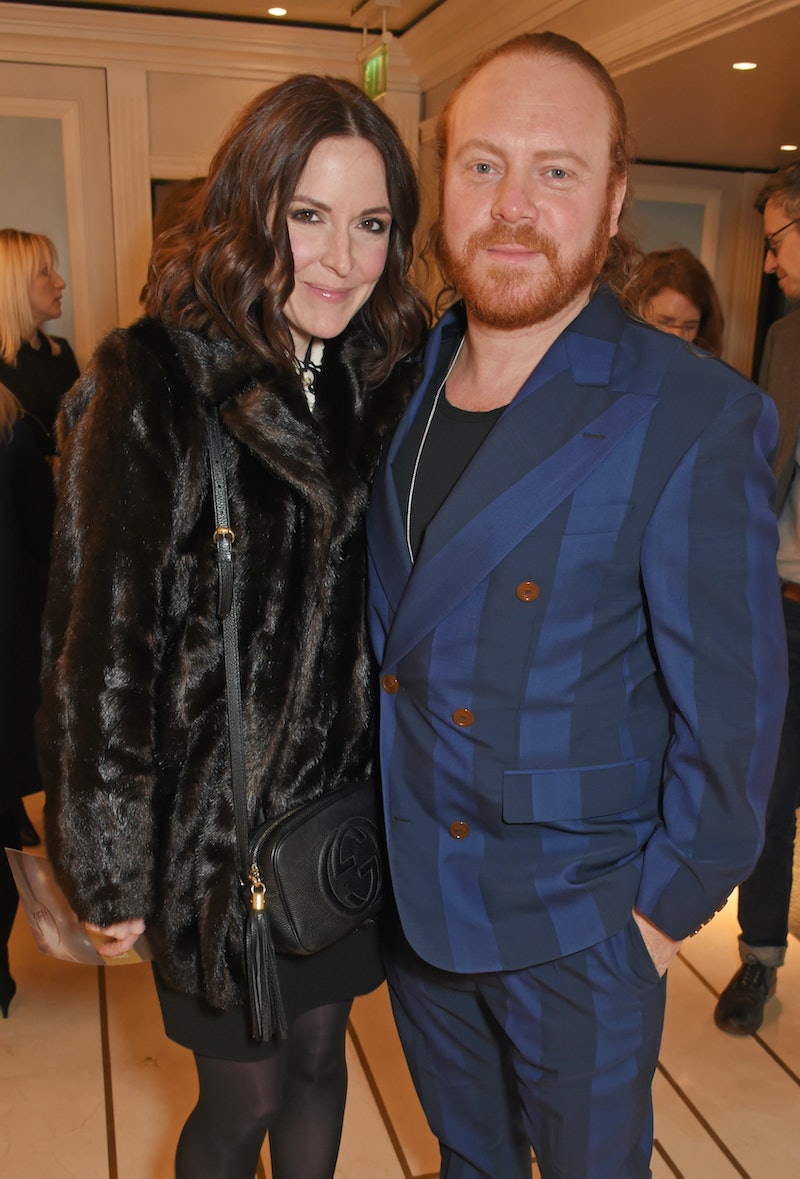 Known for fronting ITV’s Celebrity Juice, we’re used to seeing Keith Lemon (real name Leigh Francis) crack a joke or two but not so much when it comes to talking about romance and relationships. But this year, celebrating the 30-year anniversary with his partner, Francis flipped the script by sharing two Instagram posts where he wished his wife of twenty years, Jill Carter, a happy anniversary. But who is Keith Lemon’s wife? Here’s everything you need to know about Carter.

Francis is married to beauty therapist Jill Carter, with their wedding ceremony taking place on Oct. 30, 2002 at Allerton Castle in North Yorkshire. However, it was a case of young love for the pair who have been together since 1991, when Francis was 19 and Carter was 16. Three decades later and the couple have two daughters together, Matilda and Dolly.

In another Instagram post, Francis shared a clip of him on Good Morning Britain in a Ghostbusters costume, where he once again wished Carter a happy anniversary. The post was captioned with, “People asking where I got my ‘slimer’ from ghostbusters costume from. I made it out of a cardboard box and some bubble wrap cos I knew one day I’d be wearing it on @gmb wishing my wife happy anniversary! Very strange but hey it’s Halloween! Have a fun day!”

Although it’s rare for Francis to spotlight his love life, in 2021, he spoke about his long-term love in an interview with the Daily Mail. He said: “Everyone thinks that we wake up and the comedy starts, but it's not like that. She sees the real me, the grumpy me. She holds it together for in the family, Jill is an amazing woman.” He added, “Jill does everything, she is the best. I love everything about her. She is so special and is a brilliant mum to our kids.”

More like this
Turns Out George Clooney Is A Huge Fan Of This Classic British Game Show
By El Hunt
Michaela Coel Has Some *Thoughts* About The Nepo Baby Discourse
By Maxine Harrison
Helena Bonham Carter Doesn't Think 'The Crown' “Should Carry On"
By Sam Ramsden
Spencer Matthews’ Impressive Net Worth Expands Far Beyond Chelsea
By Sam Ramsden
Get The Very Best Of Bustle/UK
Sign up for Bustle UK's twice-weekly newsletter, featuring the latest must-watch TV, moving personal stories, and expert advice on the hottest viral buys.