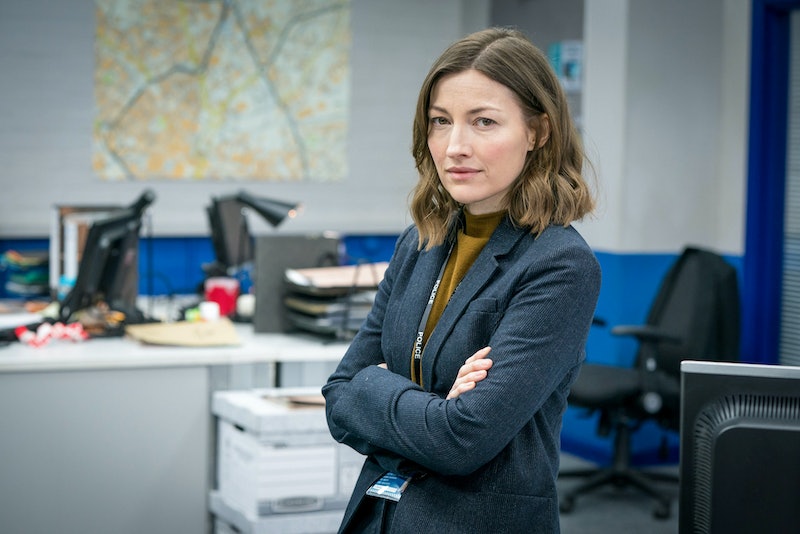 The hotly-anticipated sixth series of BBC’s Line of Duty is finally upon us, and starring in the new season alongside the crime drama’s returning cast is actor Kelly McDonald, who will appear as the brand new character DCI Joanne Davidson. But, who is Kelly MacDonald, and what else has she starred in?

Macdonald grew up in Glasgow's Southside, the Telegraph reports, eventually moving to the outskirts of the city at the age of nine after her parents got divorced. According to the newspaper, Macdonald caught the acting bug pretty early, performing plays, trying out accents in her room, and taking part in a local drama group before leaving school at 16. Three years later, while working as a barmaid, Macdonald came across an audition advert for Danny Boyle's Trainspotting – she landed the role of Diane Coulston in the iconic film, which kickstarted her acting career.

Macdonald went on to star in the 2007 Coen Brothers film No Country For Old Men — a performance which earned her a 2008 BAFTA nomination for Best Actress in a Supporting Role. She has also starred in HBO’s Boardwalk Empire, the Harry Potter franchise, and Disney-Pixar’s animated fantasy Brave.

The long-awaited sixth season of BBC’s Line of Duty will see MacDonald take on the role of DCI Joanne Davidson, the senior investigating officer in an unsolved murder case whose unconventional method of working proves difficult to manage. Commenting on casting MacDonald in the role, Line of Duty creator Jed Mercurio said the show was “honoured” to have her on board, adding: “DCI Joanne Davidson will prove the most enigmatic adversary AC-12 have ever faced.”

MacDonald is joined in Line of Duty’s sixth chapter by series regulars Martin Compston, Vicky McClure and Adrian Dunbar, who will each reprise their roles as Steve Arnott, Kate Fleming and Ted Hastings, respectively. Elsewhere, newcomer and Our Girls star Shalom Brune-Franklin will appear as DC Chloe Bishop, also a member of AC-12.

As viewers have come to expect, Line of Duty series six will follow the staff of the police anti-corruption unit as they embark on their latest investigation. With a total of seven episodes, the new season will become the show’s longest run yet, following on from the hugely successful fifth series, which drew in an impressive viewership of over 13 million people, the Radio Times reports.

This article was originally published on April 8, 2019