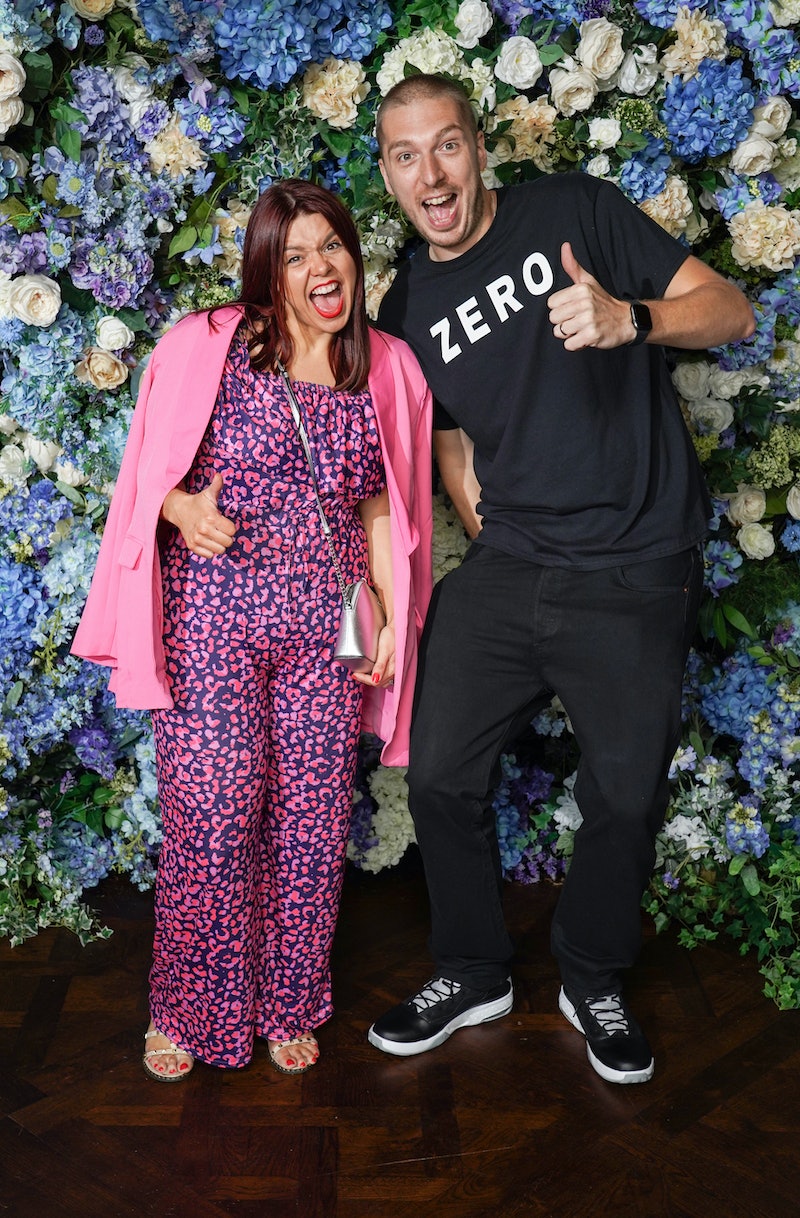 A dad blogger with a passion for sausage rolls might not sound like the most obvious number one selling artist but Mark Hoyle - AKA LadBaby - seems to have cracked the code to Christmas success. Alongside his wife, Roxanne Hoyle, he’s already had three consecutive Christmas number ones. And their 2021 attempt is no different. The content creators have teamed up with two legends in the music industry to get sausage rolls to the top of the Christmas charts once again. But, who exactly is LadBaby?

Over the last four years, Nottingham-based vlogger LadBaby has documented his family’s life online. Mark and Roxanne Hoyle are parents to their two children, Phoenix and Kobe. Hoyle has amassed 1.06 million YouTube subscribers who regularly tune in to watch his dad hacks and pranks. Videos that include his mission to find a sausage roll wherever he is around the globe, from the U.S. to Ibiza.

In 2018, he was crowned Celebrity Dad of the Year beating the Duke of Cambridge for the title. And that isn’t the only top spot he’s coveted. In the same year, he scored his first Christmas number one with “We Built This City…on Sausage Rolls.” The song was released in support of the charity, The Trussell Trust.

The Trussell Trust is a UK-based organisation that works to support families experiencing poverty, running food and hygiene banks. The Hoyles have produced videos where they have spoken to the charity about their work and also to families who have been supported by the The Trussell Trust.

Getting one Christmas number one is impressive enough but making chart history and getting a fourth is no small task. It may be for this reason that LadBaby has enlisted the help of music legends, Elton John and Ed Sheeran. Speaking on The One Show, Hoyle described how the collaboration came about. “[Ed Sheeran] messaged us on Instagram last Christmas when we got the number one saying how he wanted us to do it every year, and so we asked him about six months later and joined forces with him and Elton.”

“Sausage Rolls For Everyone” is a reworked version of Sheeran and John’s newest Christmas song “Merry Christmas.” The video sees the musical duo sneaking into a recording studio with Hoyle dressed in sausage roll costumes.

Proceeds from the track will once again go to The Trussell Trust and it seems that it was LadBaby’s altruistic sausage roll-based Christmas spirit that won over Sheeran and John. Sheeran said, “I’m proud to be supporting and featuring on LadBaby’s very fun rework of ‘Merry Christmas’. All profits will be donated to The Trussell Trust which is a very wonderful and important charity, so make sure you stream it, buy it and play it on repeat.”

LadBaby also announced that they’d recorded a second version of the song with The Food Bank Choir, which went live on Dec. 20. All of the proceeds for this track will also go to The Trussell Trust.

The 2021 Official Christmas Number 1 winner will be announced on Dec. 24 on BBC Radio 1’s Official Chart with Scott Mills.