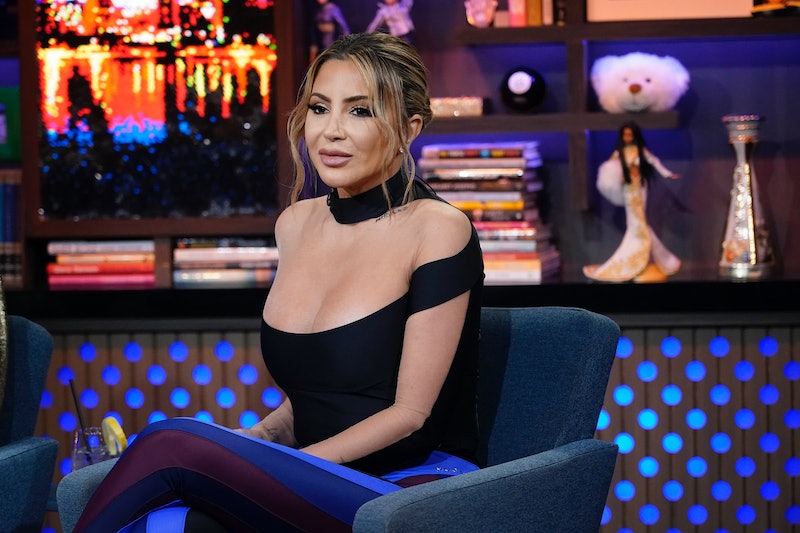 On The Real Housewives of Miami Season 5, Kim Kardashian’s former friend Larsa Pippen has a new house, a new attitude — and possibly, a new man. Peacock’s RHOM reboot, which brought the show back after an eight-year hiatus, saw the 48-year-old OG Housewife return to Miami for the first time since the series’ first season in the wake of her split from NBA player Scottie Pippen after 20 years of marriage. Now, fans are wondering who Larsa is dating, zoning in on one potential love interest.

Larsa has been linked to Marcus Jordan, the 31-year-old son of legendary basketball player Michael Jordan, since September 2022. The pair were first seen grabbing lunch in Miami before going to dinner together in New York on Sept. 22. The next day, US Weekly reported that they were dating and “have been spending more time together in recent weeks.” However, Larsa downplayed the speculation at BravoCon next month, telling People that they’ve “been friends for a few years.”

According to US Weekly, the rumored couple was reportedly trying to keep their new relationship low-key because of a reported rift between Marcus’ famous father and Larsa’s ex-husband. The NBA basketball stars played together for the Chicago Bulls, but Scottie wrote in his memoir that the two were never that close and felt that Michael downplayed their team’s history in his documentary, The Last Dance. Despite the reports and the rumored rivalry between families, Larsa and Marcus were most recently spotted at Travis Scott’s performance at Miami nightclub E11EVEN on Dec. 3.

Given that the reported romance is so new, it’s not likely that viewers will see it play out on Season 5 of RHOM, which was filmed earlier this year and premiered on Dec. 8. Rather, fans will see Larsa come into her own as she moves into a new Miami penthouse and starts heading out on the dating scene.

Hilariously, Larsa has previously said she’s trying to avoid dating athletes after her divorce. “I feel like I’ve been in the basketball world for so long that I feel like I’m just surrounded by that world,” she told US Weekly in January 2021. “It’s not like I go look for it. It’s just there, you know? I’m trying to avoid athletes [in the future].” While she may be dating an athlete’s son, Marcus himself is not an athlete, so her goal has technically been accomplished.

More like this
Love Is Blind’s Natalie Claims Shayne Signed Up For 'Perfect Match' While They Were “Still Together”
By Brad Witter
'RHOSLC' Star Jen Shah Refuses To Do A Post-Sentencing Interview With Andy Cohen
By Brad Witter and Jake Viswanath
Lenny Hochstein's “Boob God” Reputation Bolsters His Multimillion-Dollar Net Worth
By Brad Witter
Jin-young Reflected On His Relationship With Seul-ki After 'Single’s Inferno'
By Brad Witter
Get Even More From Bustle — Sign Up For The Newsletter
From hair trends to relationship advice, our daily newsletter has everything you need to sound like a person who’s on TikTok, even if you aren’t.