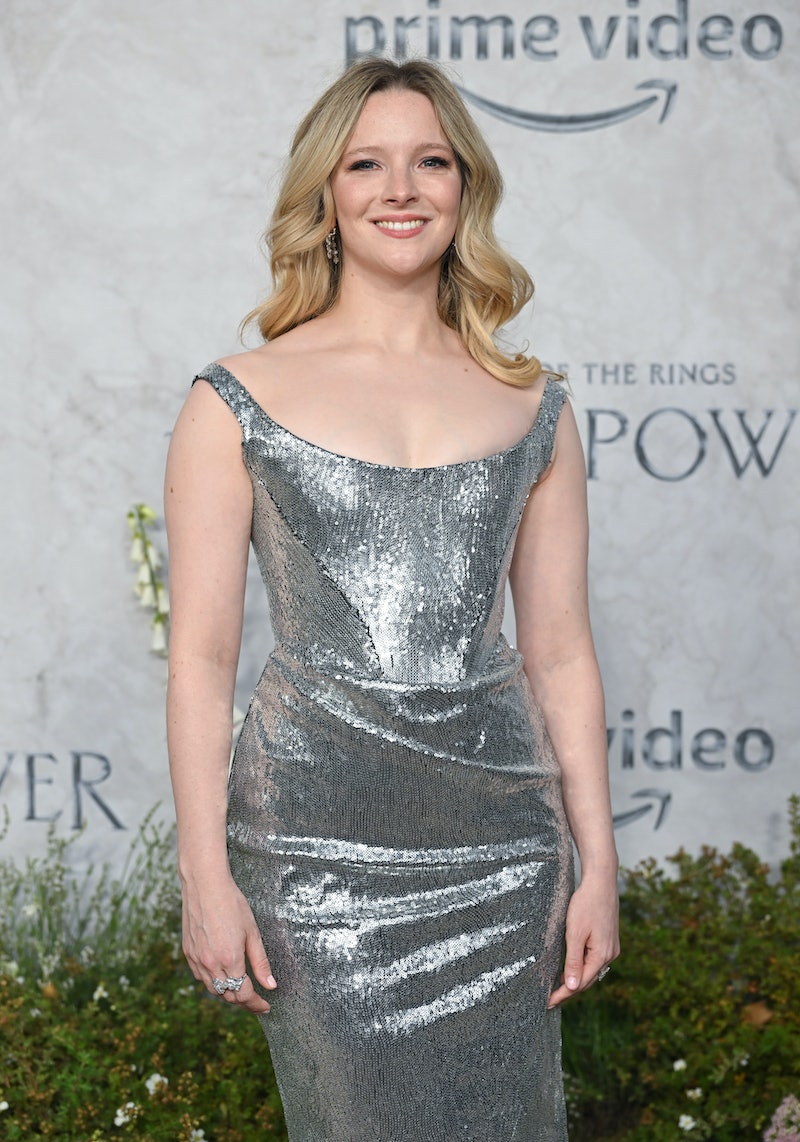 Welsh actor Morfydd Clark is amongst several stars acting in the hit new Amazon Prime series, Lord of The Rings: The Rings of Power. However, this is by no means the 33-year-old actor’s first major role. She caused quite the award circuit stir with her leading role in the psychological thriller, Saint Maud, where she played “a pious nurse” who becomes dangerously obsessed with saving the soul of her dying patient. After successfully creeping viewers out in the 2019 film, she is now playing the young Galadriel in The Rings of Power, making the actor is one of the UK's most sought-after stars. But who is Morfydd Clark? And what is there to know about her?

Clark is no stranger to both the TV and movie screen, having starred in Pride Prejudice and Zombies, as well as TV series The Alienist, His Dark Materials, and BBC's Dracula. She has also took on a challenging role in The Personal History Of David Copperfield, starring Dev Patel, where she played both Copperfield's fiancé and his mother (you have to watch it to understand).

Clark’s Instagram (@morfydd_clark), has 108,000 followers at the time of writing, and is packed full of behind the scenes content of projects the actor is working on, memes, politics, and the odd dog photo, of course. And she also has a pretty cool party trick. Speaking to Harper’s Bazaar in 2021, Clark described it as only being impressive to those “outside of Wales” and involves reciting the Welsh alphabet. She also recounted her weirdest audition experience where she found herself at a Chanel commercial casting and “everyone there was a model and about a foot taller than me and I had to walk and show them how my body moved to music. It still haunts me that somewhere out there that piece of footage exists.”

Per the Guardian, Clark was born in Sweden but moved to Wales at age two. The actor struggled with conventional schooling before attending “a very kind school with lots of people with ADHD or autism,” she said. But it was with encouragement from her mother and teachers that she decided to try acting and was later accepted to the National Youth Theatres of both Wales and Great Britain, and the Welsh National Youth Opera. Morfydd eventually moved to London to attend drama school, before appearing in a number of high-profile theatre roles, including Juliet opposite Freddie Fox's Romeo at Sheffield's Crucible.

As Clark's career continues to gain traction, the actor has been open about her ADHD diagnosis at the age of seven, admitting in a recent interview that “in the acting world, my ADHD tendencies are seen as charming.”

After her BAFTA nomination in 2021, Clark admitted that the news was “mind-blowing” but for fans of the actor, the acknowledgment was more than due. Speaking to Empire, she admitted to having some “imposter syndrome” especially when it comes to her The Rings of Power role.

“You have imposter syndrome with every job you get, and at times you have to be like, ‘Look, I’m not being rational, I do deserve to get this job’ she said in the interview. "But I think with this, not having imposter syndrome would make you mad, because it is so ridiculous for it to have turned out this way,” she says. “I’m trying to normalise elements of it to maintain my sanity, while not losing my sanity by normalising it too much, because it isn’t normal!”