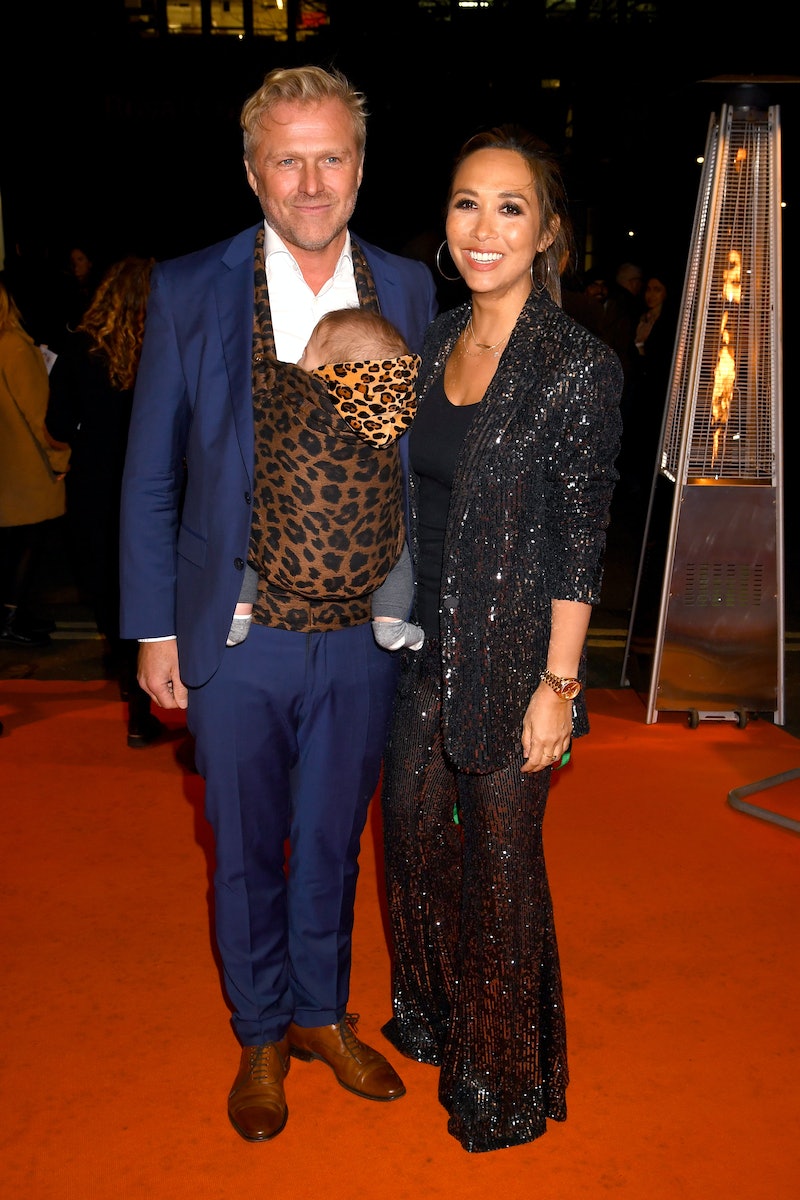 Remember Hear'Say? The short-lived pop group were the result of reality TV show Pop Stars, but it's been 18 years since then, and its members have branched out into very different directions. Including original member Myleene Klass, who's been keeping herself super busy. Along with modelling, acting, and hosting her own radio show, Klass is also raising three children and now she’ll need to add wedding planning to the list. Klass announced her engagement yesterday (13 Sept.), but who is Myleene Klass' partner Simon Motson, and what else is there to know about him? Lucky for Klass, he seems to be the ultimate fashion guru.

Businessman Moston also seems to be extremely romantic (another plus, in my opinion). He proposed to Klass last month, on the fifth anniversary of their first date. The couple shared the happy news and details with Hello Magazine on Sunday 13 September, as well as sharing a loved-up pic to her Instagram page.

In the caption, she wrote: “I am the happiest girl in world! Buy a hat guys!”

The couple spared no details when they revealed the important proposal moment — and the story is actually pretty mind blowing. Apparently, Moston got down on one knee in the couple’s shed after transforming it into a replica of the bar where they'd met on a blind date.

In the interview, Klass gushed: “We’re engaged! I was absolutely blown away. He even replicated the dinner we had – burger and fries, followed by cherry pie. When he got down on one knee and started fumbling around under the table, I thought he was joking. Then I thought: ‘Oh my God, he’s for real.’ I was completely speechless.”

On the engagement, Simon beamed: "It's quite a blur but I think I said something along the lines of: 'Myleene Angela Klass, will you marry me?' And I had to say it again... and I think I said it a third time. Finally she said yes and we were both in tears.

It has been a whirlwind few years for Klass and her partner. The couple welcomed their first child together, Apollo, back in 2019 and the singer has even joked about being open to having another.

Klass and Motson each have two children from previous relationships, according to The Metro. Hear'Say bodyguard Graham Quinn is dad to Klass' first two — Ava Bailey and Hero Harper — but the couple reportedly broke up only six months after they wed in 2012. According to The Sun, Klass got together with Motson in 2015, and they've been together ever since.

Not much has been reported on Motson individually, but from the looks of his LinkedIn page, he's the creator of a fashion accessories brand, and owner of Ley Line Studio, which is based in Putney. According to his LinkedIn bio, he currently builds and maintains "key clients relationships" within the fashion world, so my guess is that this'll be one well-dressed family.

From babies to engagements, the Klass and Moston love story looks to be a joyful one. Despite his own Instagram page being private, Moston has featured in a number of Klass’ IG posts recently including some photos of the couple on pre-2020 holidays.

Klass celebrated Moston and their "blended family of 7" on Father’s Day this year, writing “5 children, yet you take it all in your stride!” In the sweet post Jun. 21, 2020, Moston is seen holding baby Apollo with a huge grin. “We are so lucky to have you,” Myleene gushed in the post.

Motson also features in an IG post from Aug. 8, 2018, when he and Klass went on a double date to see Hamilton with music aficionado Lauren Laverne and her hubby. Laverne congratulated Klass on the day of her pregnancy announcement, tweeting: "This is so gorgeous! Couldn’t think of a lovelier thing than to share this news on #valentinesday. Congratulations and all our love to The Magnificent 7! Xxxxxxx." Love really is in the air, even after Valentine's is over.

This article was originally published on Feb. 15, 2019