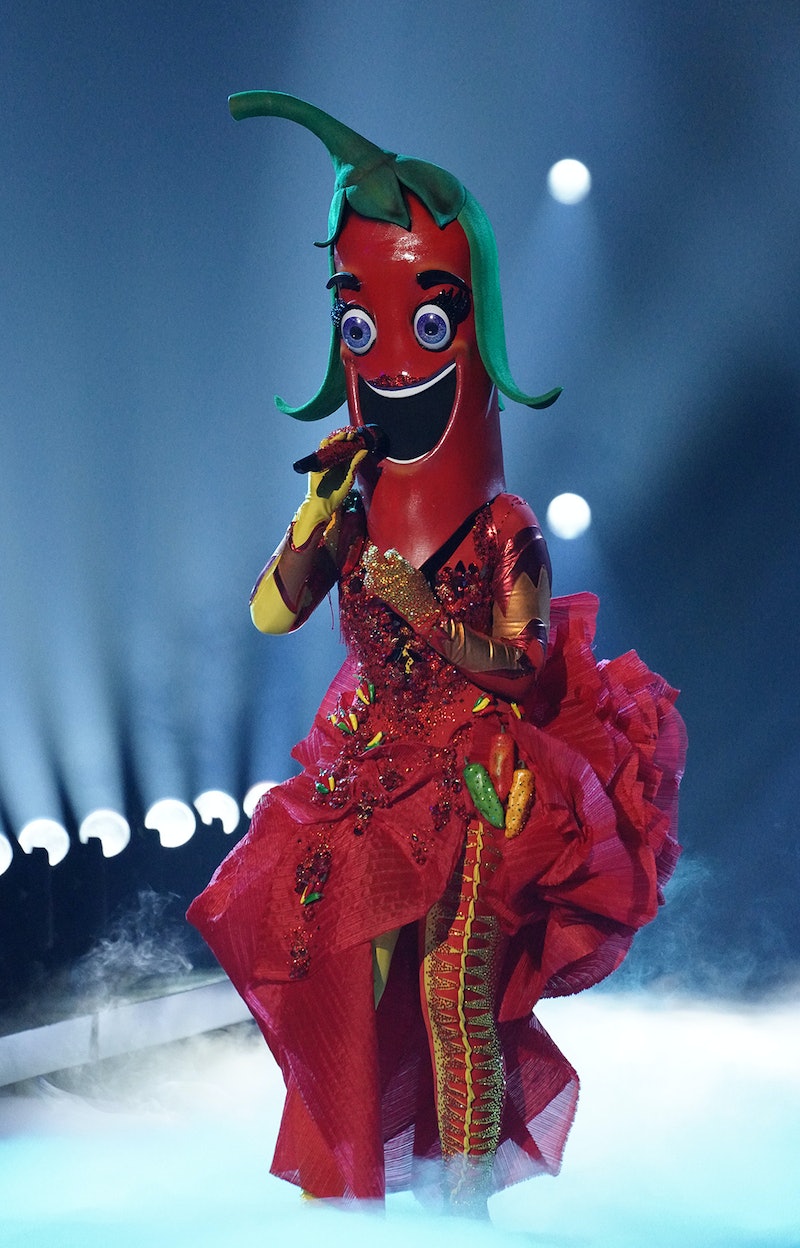 Wildcard contestant Pepper is heating up the stage on The Masked Singer. So far this season, the performer has impressed the judges with renditions of Labyrinth’s “Jealous” and Ariana Grande’s “No Tears Left to Cry.” The judges have guessed Pink, Kesha, and Ellie Goulding, but fans think Pepper is undoubtedly Natasha Bedingfield, the British pop star who shot to international fame with her 2004 hit “Unwritten.”

Beyond her signature voice, the clues do line up with Bedingfield. In her first clue package, Pepper said that she’s always thinking of ways to “not be bland.” She noted that the last year had “been the craziest” and that something she did “went viral basically overnight,” but that the “coolest part was seeing people take what I did and add their own flavor to it.” She said this while playing with a tic-tac-toe board, implying she got popular on TikTok. Pepper added that she joined the competition to ride her newfound social media fame, because why not?

This all tracks with Bedingfield, whose song “Unwritten” got a TikTok remix courtesy of user @escoupp in February. The remix and dance challenge then went viral in a March video by @rony_boyy, which showed him and his friends doing a flash mob dance at the mall. The trend gained momentum from there. In April, Bedingfield posted a duet with a very different version of the dance. And in May, she met up with @rony_boyy and his crew to sing the song for them in person.

Pepper’s first clue package also showed a sign that read “Keep Dreaming” as she stood in front of hills labeled “Chiliwood,” and she revealed her special clue was a pair of roller skates. “Chiliwood” could be a reference to the fact that “Unwritten” was the theme song of the reality show The Hills, which followed a group of people living in Los Angeles. And the skates could be a reference to Bedingfield’s 2019 song “Roller Skate.”

In the second clue package, Pepper said that if she had a time machine, she’d revisit the moment she first broke big. “I was pulled in a million directions, but I think sometimes you can get so caught up in what’s next that you’re not really living in the what’s now,” she said. She joked that she sees herself as a “bit of a wizard.” Her extra time travel clue was an iPod, suggesting she found fame in the early aughts. Finally, her special clue in the in the recap episode was an ornate teacup, which could suggest that Pepper is British, just like Bedingfield.

If Pepper really is Bedingfield, it would make sense why she decided to join the competition just days before the season began. Bedingfield is clearly ecstatic about “Unwritten” finding a new and younger audience, and Masked Singer is the perfect way to recapture the fame she found in the early aughts. While it’s possible Pepper could be someone else throwing their voice, at this point, all roads lead back to Bedingfield.

More like this
The New Bachelor Will Be Announced Next Week & Here Are The Top Contenders
By Grace Wehniainen
What’s New On Netflix: Ana De Armas’ 'Blonde' & A Nick Kroll Special
By Arya Roshanian
Here’s Everything Coming To & Leaving Netflix In October
By Jake Viswanath
Kenan Thompson Pointed Out A Super True Detail About 'Friends' In His Emmys Monologue
By Grace Wehniainen
Get Even More From Bustle — Sign Up For The Newsletter