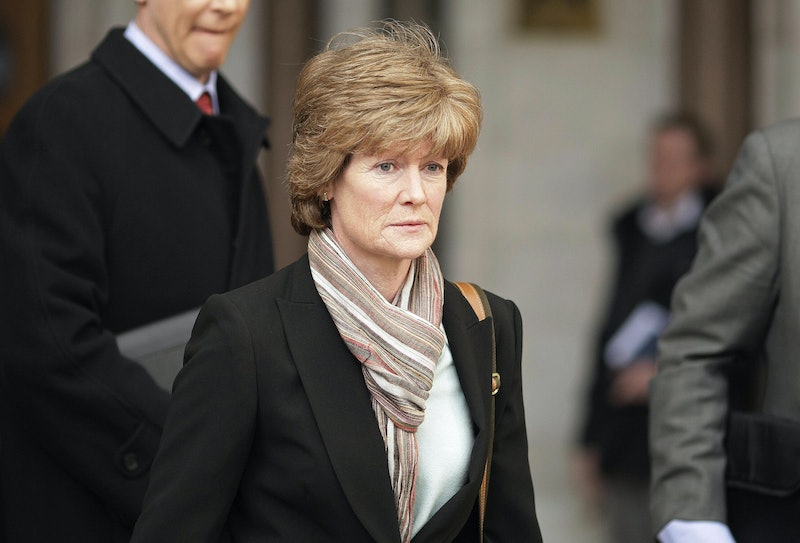 The fourth series of Netflix's The Crown depicts one of the most disruptive eras in the British monarchy's history, and the story of Lady Diana Spencer is at the centre of the drama's latest chapter. Emma Corrin portrays the Princess of Wales throughout the streaming epic, during which viewers relive some of the most notable moments in Diana's life. But what is there to know about Diana's life outside the royal family? And who is Princess Diana's sister, Lady Sarah McCorquodale?

As per The Sun, Lady Sarah McCorquodale is the older sister of Diana, Princess of Wales, and the eldest of John and Frances Spencer's four children — Jane, Sarah, Diana, and Charles. She gained her title in 1975 following the death of her grandfather, and in 1980, she married Neil Edmund McCorquodale. The pair went on to have three children together, daughters Emily and Celia, and a son, George. As of 2018, Lady Sarah resided in Grantham, Lincolnshire, and she was the president of the Diana, Princess of Wales Memorial Fund — which raised £100 million for different charities — until its closure in 2012.

Lady Sarah is also well known for introducing her younger sibling to Charles, Prince of Wales, despite briefly dating the heir to the throne herself in the late 1970s. Commenting on Diana and Charles' engagement back in 1981, Lady Sarah said at the time: "I introduced them. I'm cupid," the Guardian reports.

In 1997, McCorquodale and younger sister Lady Jane Fellowes travelled to Paris with Prince Charles to collect Diana's body following her tragic death. Ten years later, she gave evidence at the 2007 inquest into Princess Diana's death, which eventually ruled her sister had been unlawfully killed.

Speaking to Vogue, Corrin touched upon preparations she took before taking on the role of the people's Princess, which involved extensive research into Diana's life. “I feel I’ve got to know Diana like you would a friend,” the actor explained. “I know that sounds really weird, but I get a great sense of companionship from her. I suppose, over time, you kind of start to patch together a sense of empathy and a sense of understanding. I love figuring people out.”

The Crown season 4 is available on Netflix on Sunday, Nov. 15.