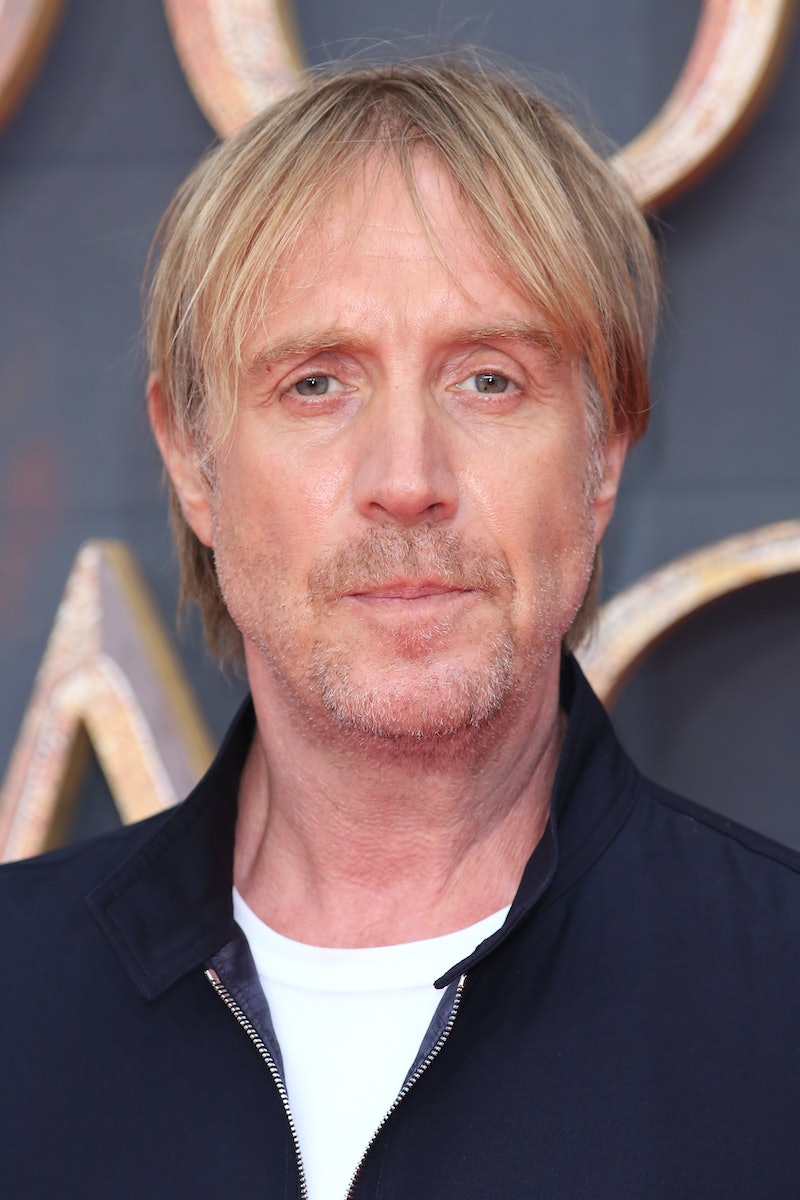 Starring in Game of Thrones prequel, House Of The Dragon, Rhys Ifans is no stranger to our screens. Think Notting Hill, The Boat That Rocked, and The Amazing Spider-Man, to name but a few of his credits. In House Of The Dragon, the Welsh actor takes on the role of the Hand of the King, Otto Hightower, who he described as “an astute, high-functioning political creature,” per Entertainment Weekly. Away from acting, Ifans prefers to keep his private life on the DL, but who is he dating now?

The 55-year-old actor hasn’t been publicly spotted with a new beau as of late. Ifans has certainly had some famous partners in the past, though. The House Of The Dragon star has been linked to models Kate Moss and Iris Palmer, as well as socialite Kimberly Stewart, per Marie Claire. But perhaps one of his most talked about romantic partnerships was his engagement to fellow actor Sienna Miller.

Ifans and Miller were allegedly engaged in 2007, and broke up in 2008. At the time tabloids claimed it was Miller who broken things off. Months after the split, Ifans spoke out about the relationship on the red carpet. Attending the London premiere of The Boat That Rocked, Ifans said he wasn’t a fan of the attention and constant paparazzi that followed Miller, joking that he had “a harpoon on board the boat ready for when the paps tried to spy on us. I would have loved to drown a few of them.” He added they “don't bother” him anymore though. “It's all about who you're shagging and I don't do that anymore... I learnt my lesson there, didn't I? I won't make that mistake again.”

After his relationship with Miller ended, Ifans and Anna Friel dated for three years, between 2011 and 2014. And it appears the two may have remained good friends since. Friel told Red Magazine in November 2018 that “things didn't break down because there was no love there. In reality, it was just because we'd become friends, or we were spending too much time apart, and that's actors for you — that's our industry.”