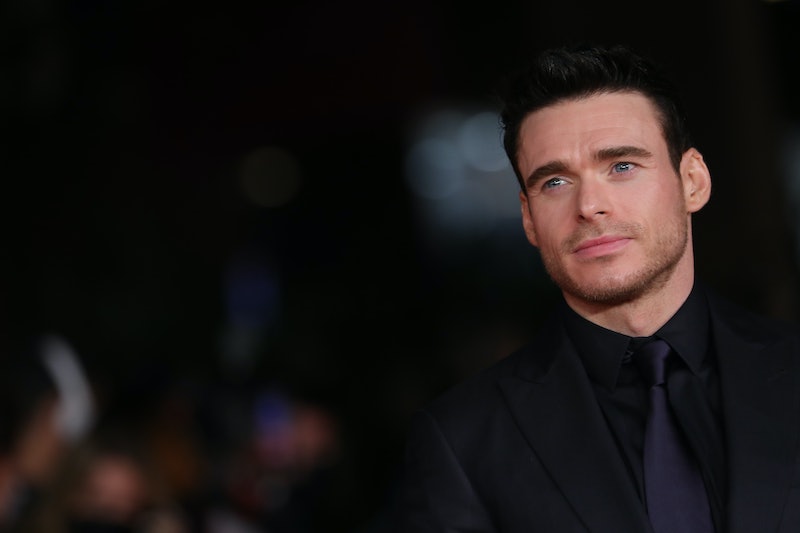 Whether you fell in love with him as Robb Stark from Game of Thrones, or discovered his acting chops in the Netflix series The Bodyguard, you might be wondering whether the dashing Richard Madden is single. For those hoping to throw their hat in the ring: the answer is unclear, and likely won’t be revealed any time soon.

Right now, the Eternals actor isn’t publicly linked to any one person — and hasn’t been for at least three years. Madden was romantically involved with actor Ellie Bamber for about two years from 2017 to 2019; the pair split. “They’re both absolutely gutted but it was a decision made for the best,” according to a source for The Sun. “They were arguing almost daily toward the end and, despite considering couples therapy, it became evident there were far too many issues that could not be fixed,” the insider added.

Prior to that, the Scottish actor was rumored to be dating model Suki Waterhouse (whose name you may recognize if you keep up with Robert Pattinson’s love life), TV presenter Laura Whitmore, and Doctor Who star Jenna Coleman, though none except Coleman were long-term relationships.

After Madden’s split with Bamber, he was photographed with actor Brandon Flynn, Sam Smith’s ex and Madden’s former roommate. But in a New York Times profile later that year, when asked if they were an item amid dating rumors, Madden didn’t confirm or deny the reports. “I just keep my personal life personal,” he said when asked directly about Flynn. “I’ve never talked about my relationships.”

In the years since that profile, Madden has kept his promise and left fans in the dark about who he may or may not be dating. While it’s highly possible that Madden could be happy in a relationship, we’ll have to be content with keeping it a mystery.

More like this
Who Is Allison Williams Dating After Her Divorce? She’s Engaged With A Child
By Jake Viswanath
Selena Gomez Confirms She's Single Amid Drew Taggart Dating Rumors
By Martha Sorren, Jake Viswanath and Jack Irvin
4 Surprising Celeb Throuples That Got The Internet Talking
By Sophie McEvoy
Michael B. Jordan Tackled His "Public Breakup" With Lori Harvey On 'SNL'
By Brad Witter
Get Even More From Bustle — Sign Up For The Newsletter
From hair trends to relationship advice, our daily newsletter has everything you need to sound like a person who’s on TikTok, even if you aren’t.