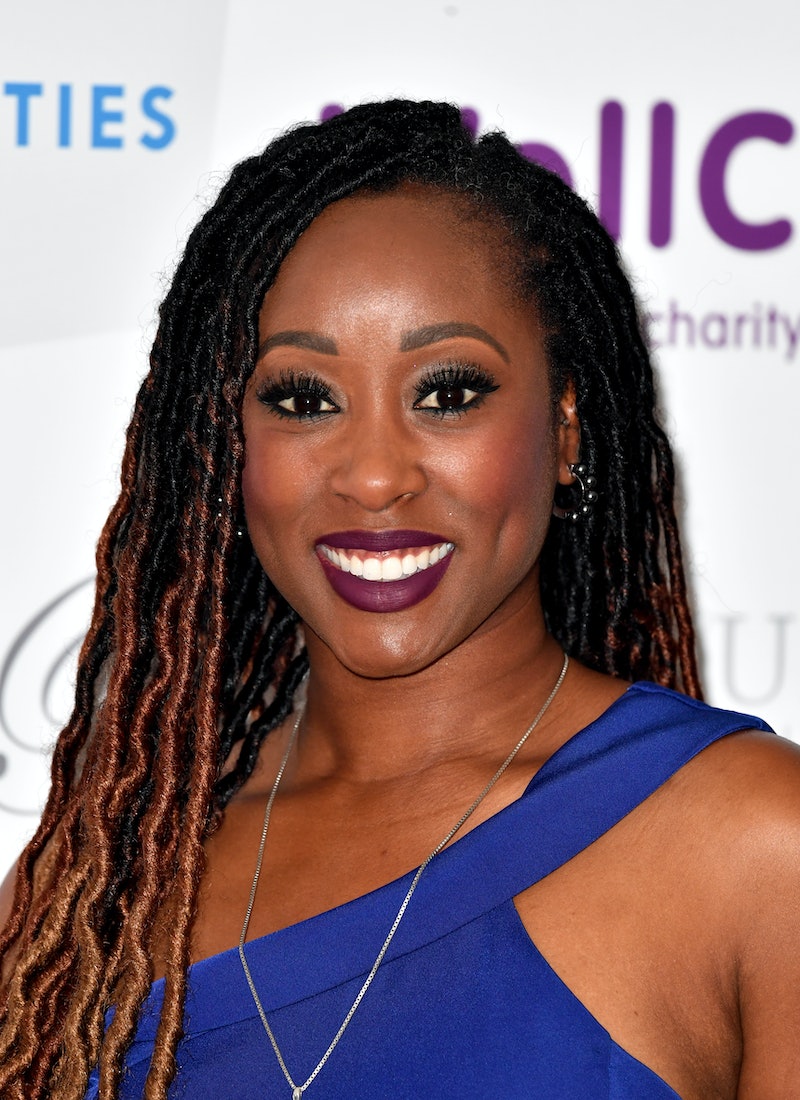 It’s that time of the year again: a bunch of our fave celebrities are in the Australian jungle for I’m A Celeb and we can’t help but obsess over each one of them. The line up this time includes fan favourites like Mike Tindall, Boy George, Matt Hancock, and Jill Scott. Along with them is property expert and television presenter Scarlette Douglas, who is popular for hosting A Place In The Sun and Worst House On The Street. But while the TV host helps happy couples find their dream homes abroad, we can’t help but wonder whether Douglas has a partner. So who is Scarlette Douglas dating?

Douglas entered – and exited – the jungle single. Her latest serious relationship with Manchester-born musician Lyndric Xela, ended fairly recently. While the duo began dating at the start of 2020, they met over a decade ago when Douglas was starting her career as a West End performer. Douglas and Xela starred together in Thriller Live, a theatrical performance in 2009 and reconnected in the past two years. Xela gained popularity as a contestant on The Voice and went on to release his first EP in 2020. His Spotify bio describes him as “a multifaceted singer, songwriter, producer, and performer who lights up a stage reminiscent of artist’s such as Michael Jackson and Prince.”

Previously, Douglas confessed her long travels abroad while filming A Place In The Sun made the relationship tricky and she went on to quit the show in 2021 to make more time for their life together. “It's a bit tricky going away because I'm leaving him at home and he's doing his thing and I'm away. My hours can be crazy sometimes so I guess that's what's hard,” she said.

However, before going on I’m A Celeb, a representative for Douglas told Mail Online she split from Xela early in 2022 as the pair reportedly found it hard to balance their careers along with the relationship. Since their break up, the couple have taken down all their social media posts together as well.

In an interview with The Sun, Douglas revealed she’d be happy to meet someone new while in the jungle. “I just like a good, honest, trustworthy man. That is it but I do hear there might be someone in the jungle that has got a good set of muscles on him so if I were to head to the Jungle I would like to see a muscly guy yeah — see if there is a Tarzan out there,” she shared.

However, Douglas’ hopes for love in the jungle were recently brought to an end as she was voted out of the jungle alongside Charlene White on Nov. 20. Greeting her at the end of the bridge, Douglas was reunited with her brother, former footballer and fellow Worst House On The Street presenter, Douglas.

More like this
'Love Island' Has Added Yet Another Bombshell To The Villa
By Bustle UK
Joey Essex Is Rumoured To Be Dating A 'Love Island' Favourite
By Sam Ramsden
Molly-Mae & Tommy Fury Revealed Their Baby Girl's "Really Unusual" Name
By Sophie McEvoy and Sam Ramsden
Spencer Matthews’ Impressive Net Worth Expands Far Beyond Chelsea
By Sam Ramsden
Get The Very Best Of Bustle/UK
Sign up for Bustle UK's twice-weekly newsletter, featuring the latest must-watch TV, moving personal stories, and expert advice on the hottest viral buys.