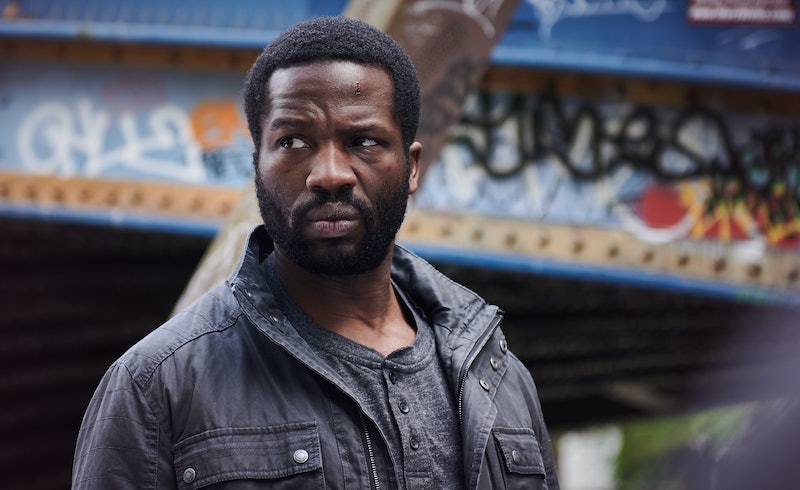 Within days of premiering in April last year, Sky Atlantic's Gangs of London received rave reviews, with NME describing it as "Game of Thrones but without the dragons and more modern tailoring." Peaky Blinder's Joe Cole played the show's lead but there was another actor who quickly took the limelight with his Bond-worthy fight sequences and broody sensibility and is now in the running for a BAFTA EE Rising Star Award. So, who is Ṣọpẹ́ Dìrísù, and what else is there to know about him?

Well, while he may be a rising star in the eyes of the academy, Dìrísù is no stranger to the screen – despite having skipped drama school in favour of economics at university afnd going straight into the Royal Shakespeare Company's Open Stages course back in 2012.

Based in London, the British-Nigerian actor has appeared in a number of major shows, including Utopia, The Casual Vacancy, and Humans. The 30-year-old also appeared in Black Mirror's Nosedive episode in 2016 (you know, the one that made us all freaked out about Instagram?).

Also in 2016, Dìrísù appeared in no fewer than three major films: starring opposite Chris Hemsworth and Charlize Theron in The Huntsman: Winter's War; acting alongside Nicholas Hoult and Henry Cavill in war film Sand Castle; and popping up in action thriller Criminal.

However, it was Dìrísù's performance in Gangs Of London that really caught people's attention. As Elliot Finch, he played ally to Sean Wallace (Joe Cole) as he hunts down his father's killer.

More recently, the multi-facilitated actor starred in the Netflix film His House. The horror thriller focused on a refugee couple from South Sudan, who as the synopsis explains, struggle to adjust to their new life in an English town that has an evil lurking beneath the surface. It's this performance that seems to have gained him his BAFTA 2021 nomination.

Joining Dìrísù in the EE Rising Star category is Bukky Bakray, Kingsley Ben-Adir, Morfydd Clark, and Conrad Khan. The winner will be announced on Sunday, April 11.

This article was originally published on April 27, 2020