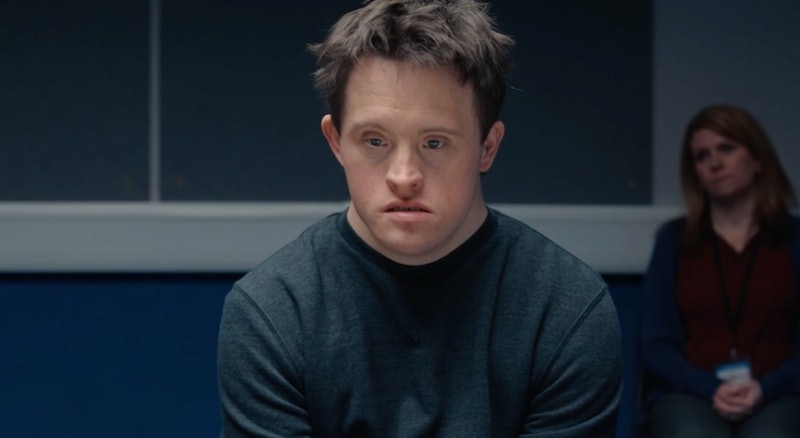 Line of Duty returned for its sixth series on Sunday night (March 21), and the AC-12 unit has yet another mysterious murder to solve. While there were plenty of new faces to get used to in the first episode, it also marked the return of some familiar characters including Terry Boyle. Played by Tommy Jessop, Terry seems to have been used by the organised crime group and framed for the murder of a famous journalist. But who is Terry Boyle, and what can viewers expect from him this season?

As Radio Times notes, Terry first appeared on Line of Duty in season one and was played by Elliot Rosen. In season five, the actor was replaced with Jessop. Since the first series, Ryan Pilkington (Gregory Piper) has regularly abused Terry, a man with Down Syndrome who lives on his own.

As Ryan becomes heavily involved with the organised crime group, Terry is increasingly exploited and abused leading to the body of Jackie Laverty being stored in his freezer. In Line of Duty’s sixth series, Boyle has now been framed for the murder of journalist Gail Vella, which is the primary focus for AC-12 under the investigation codename Operation Lighthouse.

While it’s still early days to see exactly who is behind the murder – and the framing of Terry – Jessop’s return to the series is a welcome sight. The actor has starred opposite the likes of Nicholas Hoult in 2007’s Coming Down the Mountain, as well as Innocence directed by his older brother Ben Reid.

Jessop is also one of the founding members of Blue Apple, “a theatre and dance company dedicated to supporting performers with learning difficulties to develop and present high-quality productions for the widest possible audiences.” Through Blue Apple, Jessop became the first professional actor with Down Syndrome to play the lead in Hamlet. He’s also guest-starred in episodes of Casualty, Holby City, and Doctors.

In 2019, Jessop was selected to be part of BAFTA’s Elevate program, which represents “a range of abilities, genders, races, sexual orientations, and socioeconomic backgrounds,” as BAFTA writes.