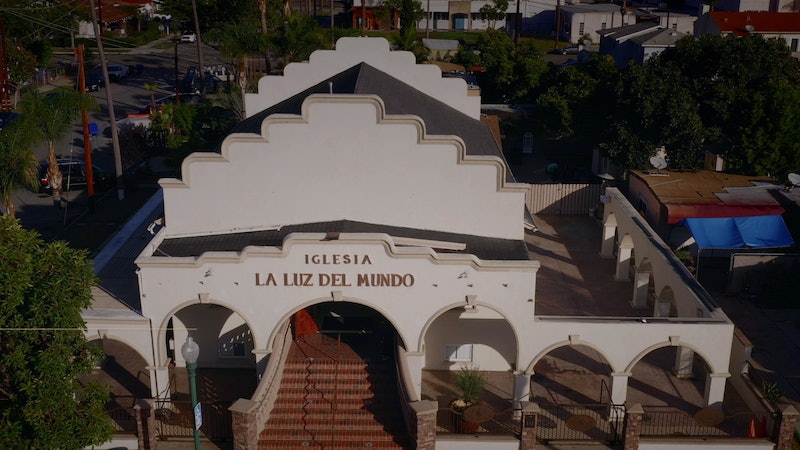 Formed in 1926, Mexico-based Christian megachurch La Luz del Mundo (LLDM) has only ever had three leaders — known to their followers as “apostles,” or chosen messengers of God. Beginning with founder Eusebio “Aarón” Joaquín González, followed by his son Samuel Joaquín Flores, and ending with his grandson, current LLDM church head Naasón Joaquín García, all three family members are said to have been appointed by “divine revelation,” meaning, to disobey them, is the same as disobeying God.

As explored in HBO’s new true-crime docuseries, Unveiled: Surviving La Luz Del Mundo, the secretive and nontraditional Christian denomination’s successive leaders have an alleged history of sexually abusing several of their reported 5 million international members, many of them minors. In 2019, the California Department of Justice arrested Naasón Joaquín García, who faced 36 charges, including human trafficking, rape, child pornography, and forcible oral copulation of a minor, according to the Los Angeles Times. Though he maintained his innocence following his arrest, just days before his trial was set to begin in June 2022, the LLDM founder’s grandson eventually pleaded guilty to two counts of forcible oral copulation on a minor and one count of committing a lewd act on a child, in exchange for a reduced sentence of 17 years behind bars.

According to a lawsuit filed in Los Angeles County Superior Court, five “Jane Doe” victims alleged that García sexually abused them between 2015 and 2019. Seeking damages against the LLDM church, they also named García’s wife, children, and three other women, who they said either knew about the abuse or helped groom them for García, in the suit. The victims further claimed in court documents that they were “routinely coerced” since they were children to believe that García’s wishes were direct orders from God and that if they didn’t obey, it would “lead to catastrophic consequences including, but not limited to, eternal damnation, unspeakable tragedy, infertility, and countless other harms.”

Despite his guilty plea and prison sentence, García's followers continue to believe he is innocent and had fallen victim to falsified evidence and an alleged corrupt legal system. “The Apostle of Jesus Christ has had no choice but to accept with much pain that the agreement presented is the best way forward to protect the church and his family,” the church said in a statement to CBS News at the time. As Unveiled filmmaker Jennifer Tiexiera explained to Variety, the LLDM church members continue to support him and “look forward to his return.”

Indeed, in September 2022, thousands gathered to pray for their absent leader at the church’s main temple in Guadalajara, as the Associated Press reported. To “gasps of surprise,” García addressed the congregation by telephone from his Los Angeles prison. “I do not see the bars that separate me from you,” he told the worshippers. “I see your beautiful faces ... because you are the children of God.” Per the AP, he ended the call by asking his followers to raise their hands and their voices to God and repeat after him: “I promise you, Lord, that whatever the suffering, I will never abandon you.”

According to the HBO docuseries, the victims’ fight to keep García in prison and dismantle the church remains ongoing.

More like this
The 'Gossip Girl' Reboot Creator Is “Looking For A New Home” To Air A Potential Season 3
By Brad Witter
The 8 Best Aidan Shaw Moments On 'Sex And The City'
By Grace Wehniainen
'The Last Of Us' Video Game Revealed Tess’ Fate In The HBO Series
By Brad Witter
'The Last Of Us' Star Bella Ramsey Almost Didn’t Take The Role Of Ellie
By Grace Wehniainen
Get Even More From Bustle — Sign Up For The Newsletter
From hair trends to relationship advice, our daily newsletter has everything you need to sound like a person who’s on TikTok, even if you aren’t.