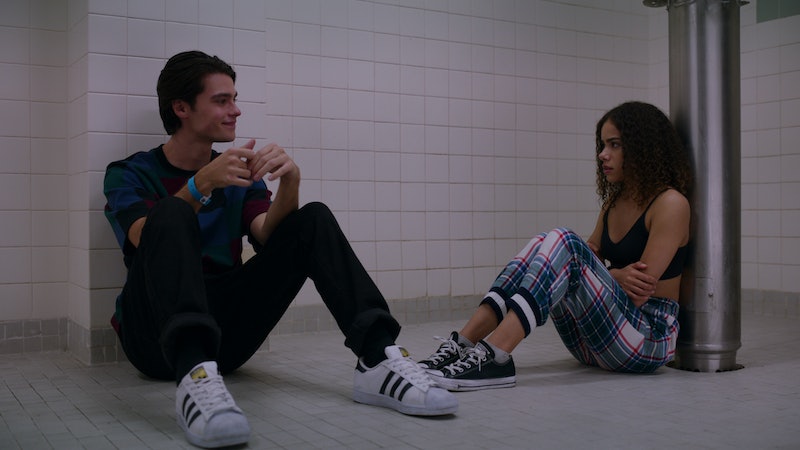 If Ginny & Georgia is like Gilmore Girls, then Marcus is the new Jess Mariano. When new girl Ginny (Antonia Gentry) moves to Wellsbury, Massachusetts — a small New England town akin to Stars Hollow — with her single mom Georgia, she soon starts crushing on Marcus, her brooding, bad boy neighbor with commitment issues. The character is played by Felix Mallard, a 22-year-old Australian actor who landed his first role in the popular Australian soap opera Neighbours at 15.

Since then, Mallard has broken into American TV. He starred on the 2018 CBS show Happy Together as Cooper James — a pop star based on Harry Styles, who produced the series — and has also nabbed roles on Netflix's Locke & Key and the NBC musical Zoey's Extraordinary Playlist. The latter especially appealed to Mallard, because he's interested in music in addition to acting. In the past, he's posted his music on YouTube and Instagram. He joked in the caption of one video that he uses guitar to put off work. "Is there a word for playing music instead of doing your work? Procrastcreating? Procrastintonation?" he asked.

Mallard's Instagram also reveals that he's done his fair share of modeling, and he looks a lot different now than when he filmed Ginny & Georgia. He's since grown his hair down to his shoulders (also a very Jess thing to do):

More like this
Glenda Cleveland Died 2 Decades After Trying To Turn In Neighbor Jeffery Dahmer
By Brad Witter
Caleb McLaughlin Details Racism From 'Stranger Things' Fans
By Radhika Menon
Mike Flanagan Teases 'The Midnight Club' In This Exclusive, Creepy Clip
By Grace Wehniainen
What’s New On Netflix: Ana De Armas’ 'Blonde' & A Nick Kroll Special
By Arya Roshanian
Get Even More From Bustle — Sign Up For The Newsletter