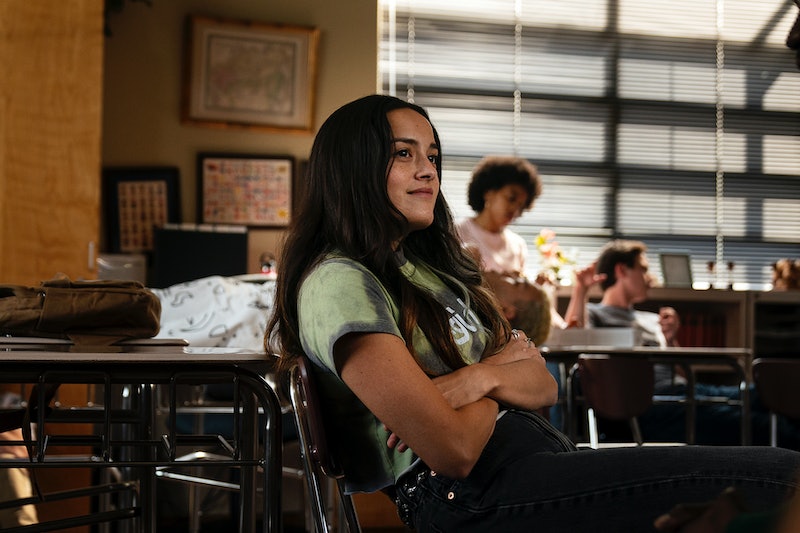 Like many of the stars of the new HBO Max series Genera+ion, Chase Sui Wonders was a largely unknown actor before being cast in the show, which is already garnering comparisons to the popular HBO series Euphoria. Wonders plays Riley, one of the high schoolers at the center of the series who are exploring their sexuality and identity within the confines of their conservative hometown. Her independent, mature character is a photographer, and Wonders has made it clear that Riley’s not a reflection of her as a high schooler.

“I'm rewriting my history,” Wonders told NYLON of her Genera+ion role. “I wasn’t this confident character in high school; I wanted to blend in and have as little attention on me as possible. It feels good to cosplay as that now.”

The 24-year-old, who is the niece of designer Anna Sui, struggled with crippling shyness as a child — which is actually what first led her to acting. From a young age, Wonders’ mom took her to community theater tryouts near their hometown in the suburbs of Detroit in an attempt to get her out of her shell, and eventually, her confidence grew. “My siblings and I would make very cheeseball action movies on our family vacations.” Wonders told WWD in a recent interview. “There are a bunch of those in a locked box somewhere.”

Her interest in filmmaking was piqued, and while she attended Harvard University, Wonders studied film production and wrote for the Harvard Lampoon, the school’s esteemed humor mag. Wonders also did a little modeling during her time in college — and was handpicked by Sofia Coppola to be in a film she was making for Calvin Klein underwear. She also recently directed her aunt’s Spring 2021 fashion film and has spent her time stuck inside during the pandemic working on a television script.

Wonders is not entirely unknown as an actor — prior to getting cast in Genera+ion, she had a small role in HBO’s Betty, as well as the films The King of Staten Island and On the Rocks — but the HBO Max series is by far her biggest role. She found out she’d gotten a callback for Genera+ion while shooting Betty, after the hazelnuts in the salad she ate during a break in shooting gave her an allergic reaction that sent her to the hospital.

“I quite literally ripped the IVs out of my arm, depuffed my face and did my callback for Genera+ion,” Wonders told WWD. “Had I not had that allergic reaction, I still would’ve had to be on the skateboarding show, like, in the background.”

Upon reading the Genera+ion script for the first time, Wonders quickly took a liking to Riley. “She was described as an artist who is experiencing all these feelings of youthfulness,” the actor said in the same WWD interview. “Riley is definitely a girl who is trying to find herself and is a little misguided, and is definitely not comfortable opening up to people. ... Because she’s a photographer, I think she sees the youth culture around her through this really gritty lens. And her camera acts like her shield as well. Something that she can hide behind.”