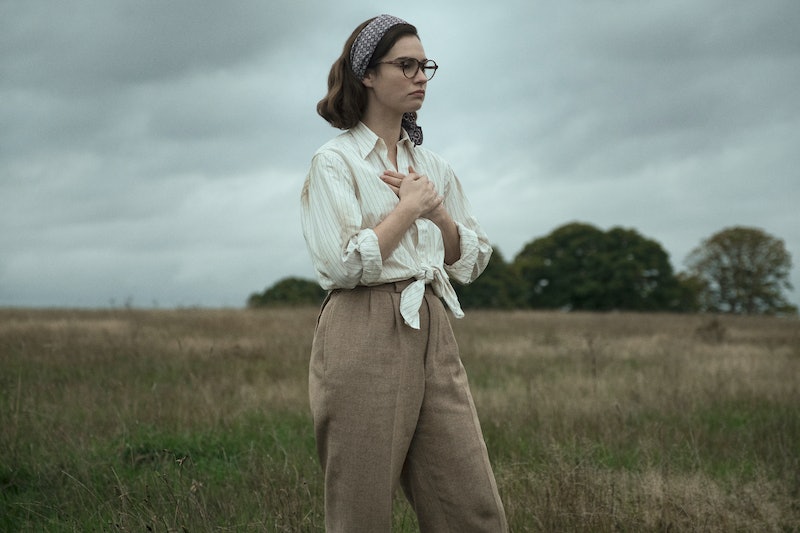 From saucy Regency gossip in Bridgerton to scandal at the chessboard in The Queen's Gambit, Netflix has served some of the hottest entertainment throughout the pandemic. However, its latest offering is something totally different, focusing on an archaeological discovery and the real-life people who made it. The Dig has been an instant hit on the streaming site, but viewers may be wondering, who is Peggy Piggot, the character played by Lily James? Piggot was a pioneer in archaeology and prehistory with a career spanning six decades, but what else is there to know about her?

Netflix have brought to life the true story of the excavation of Sutton Hoo and the work of Basil Brown and Peggy Piggott. Piggott (also known as Cecily Margaret Guido) was born in 1912 in Kent. She reportedly had an early interest in old coins as a child. In 1934, she attended the University of Cambridge and later studied at the Institute of Archaeology in London between 1935 and 1936. She met her first husband, Stuart Piggott, at the institute and her work won her the recognition as one of the top female archeologists. By the time she worked on the excavation of the 7th century Anglo-Saxon boat burial at Sutton Hoo, Piggot was already an accomplished and recognised archeologist.

In 2007 her nephew, John Preston detailed his aunt's work in his novel The Dig. “Peggy suffered from the prejudices of the day. At the time, women were not awarded degrees, only diplomas. Only two days after she had arrived at Sutton Hoo, Peggy was working away in the centre of the ship when she saw something glinting in the soil,” Preston wrote (via the Daily Mail). “It turned out to be a small, pyramid-shaped object intricately fashioned out of gold and garnets. There was more to come – a lot more. So much that they didn’t know where to put it all.”

Alongside her work on Sutton Hoo, Piggott made some of the most significant discoveries and field notes on pre-historic sites during the 1950s and 1960s. She travelled the world and set the standards for archeologists in her field. While some have criticised Piggott’s portrayal in Netflix’s adaptation of The Dig as showing her as “something of a sidekick to her older husband, Stuart” others have said it pays homage to one of the greatest archeological finds in UK history.

You can watch The Dig on Netflix.