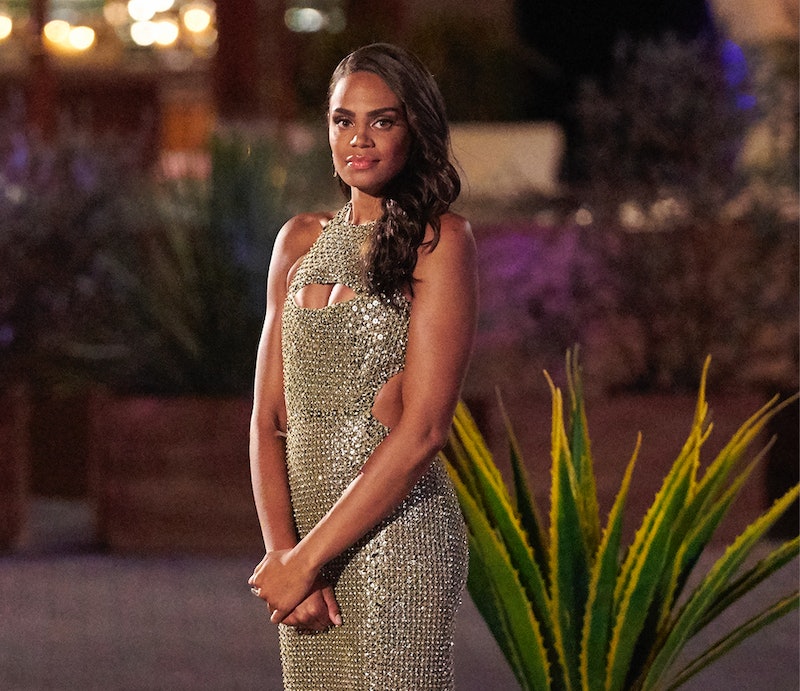 While most fans are scrolling through Twitter during The Bachelorette, Suzana Somers is busy plugging numbers into Excel spreadsheets. On the Instagram account @BachelorData, she posts in-depth analyses about contestants’ screen time and Instagram follower growth, pointing out trends and making predictions about who might win based on the years of statistics she’s collected.

She’s already been crunching numbers for Michelle Young’s season of The Bachelorette, which is making more strides in diversifying its cast after Chris Harrison’s controversial exit from the franchise earlier this year. About 53% of Michelle’s suitors are people of color, a 10% increase from Katie Thurston’s season, though Matt James’ season was still the most diverse with 65% of contestants identifying as people of color. Still, casting is only the first step, and Somers will analyze how much screen time contestants of color receive as the season unfolds.

Somers also spotted some indicators in Episode 1 about which suitors to watch this season. So far, she has her eyes on Nayte Olukoya, the senior account executive who received Michelle’s first impression rose, and real estate developer Joe Coleman, whose pre-show DMs with Michelle are sure to become a flashpoint of the season.

Below, Somers goes deep on Michelle’s season and gives her predictions for who will make it to the final four.

What assumptions can we make about the final four based on the data from Michelle’s premiere? Who stood out to you as someone who might go far?

I was also very interested in the preview for the season at the end, because somebody gets a fireworks date, and fireworks dates notoriously mean you go far on this show. We need to figure out who that was from the back of their head!

Why do you think there’s a distinction between how first impression rose recipients fare on The Bachelor versus The Bachelorette?

We’ve heard some previous leads say this — I think Ali Fedotowsky — that when [women] go in the first night, they ask the hard questions. We saw this with Michelle and Joe — here they are talking about therapy, race, and the [George Floyd] protests. This is the night you met these people and [they’re already] having these hard conversations.

Speaking of Joe, he got a lot of screen time during the premiere. Is that an indication that he’ll go far, and does it matter that the screen time was a bit negative?

I’m really interested to see how this plays out. Honestly, I don’t see it as negative, I just want to hear more about him and Michelle because they had such a complex conversation. But I do think that if you look at not just the screen time but the Instagram growth, Joe saw a big boost. People are interested in him. Nobody likes to be ghosted, but it’s exciting to see people actually tackle these hard topics on national TV.

It’s been widely reported that Clayton Echard will be the next Bachelor. What was your impression of how they introduced him on night one and how much screen time he got?

He didn’t get a lot of screen time during the premiere. It’s been a really long time since we have had a lead filming before their season aired, so spoilers aside, it will be interesting for us to watch this season with a critical eye. How is this gonna change how we watch and, more importantly, how will it change the screen time, how will it change the editing? We’re already seeing [his Instagram following increase], and I do think they’ll play up more of a hero storyline.

Nayte. He is just flying ahead of everyone else. He had about the same screen time as Martin, Will, and a few other contestants, but people are very excited about him. People are also following Joe and Pardeep, which I find interesting because Pardeep got very little screen time, but the screen time he had, people liked it.

Did anyone stand out to you as getting the potential villain edit?

Ryan had a horrible edit, but he’s gone now. If we look back at the last few premieres — on Katie’s premiere, screen time went to Greg, Andrew S., Connor B., and Karl. Those are multiple people who went far, and then we saw Karl who would be a villain.

If you look at Matt’s premiere, screen time went to Queen Victoria, a villain, and Abigail, who everybody rooted for but just didn’t get the one-on-one date. And then we saw Bri, [eventual Bachelorette] Katie Thurston, and [Matt’s winner] Rachael Kirkconnell.

With Michelle, I do feel like we are TBD on Joe. We don’t know yet if Joe’s gonna be a villain or not. Nayte got the romance edit. It’ll be interesting to see how far these other people go.

What other data points stood out or surprised you?

What was really interesting is Michelle’s season broke the record for gimmicky limo entrances. Seventy percent of her contestants had some type of gimmick — they brought a gift, they wore a costume, they walked out speaking in a different language, something unique like that.

What about the hosts — is there data on Tayshia and Kaitlyn from the premiere? And can we make any assumptions about their future on the franchise?

We’re seeing the same amount of screen time that we saw [for them on Katie’s season]. From what I’m reading in my comments, people are very torn about them as hosts. They either love them or feel like they’re hogging screen time and already had their time in the limelight. Which is funny because if you look at Kaitlyn and Tayshia combined, they’re getting pretty much the same, if not less screen time, than Chris Harrison used to get. One of the stronger things that they bring to the show is that they have more Instagram followers than Chris Harrison ever had. They’re two of the most followed people from the franchise.

Are there any new data points you’re tracking this season or something you’re keen to pay special attention to?

We are trying to not only track featured screen time, but the type of storyline to see how contestants are being used on the show. Are they being given a narrator role or a romantic role?

You shared that Michelle’s season has a more diverse cast than Katie’s but not as diverse as Matt’s. What can you say about diversity in regard to casting and screen time?

We’ve seen a general trend up in terms of diversity. Hannah Brown was the lowest that we ever saw; about 25 or 26% of her men were people of color and it’s been an upward trend since then. Obviously with Michelle, the screen time is gonna skew more towards people of color because the lead always gets more screen time, but it’ll be interesting to see what types of conversations the show is elevating. Will we actually see the producers create love storylines around people of color? Because even on Tayshia’s season, we didn’t see Tayshia highlighted much. We saw her white counterparts’ stories featured more.

Since Chris Harrison left, we have seen a more positive trend on the show in terms of them highlighting people of color. And when you cast people of color versus white people, you have more opportunities to tell stories around people of color, which was one of the promises they made during the Black Lives Matter protests in June 2020. They made this commitment, will they follow through with it?

ABC also hired their first Black executive producer, Jodi Baskerville. Did you see any noticeable changes in terms of diversity or screen time for contestants of color?

I don’t know enough about what happens behind the scenes. My hope is that changes are happening not just because one person is suddenly in a position but because everybody there is starting to listen. It doesn’t matter if you elevate people into positions of power if you’re not gonna listen to them.