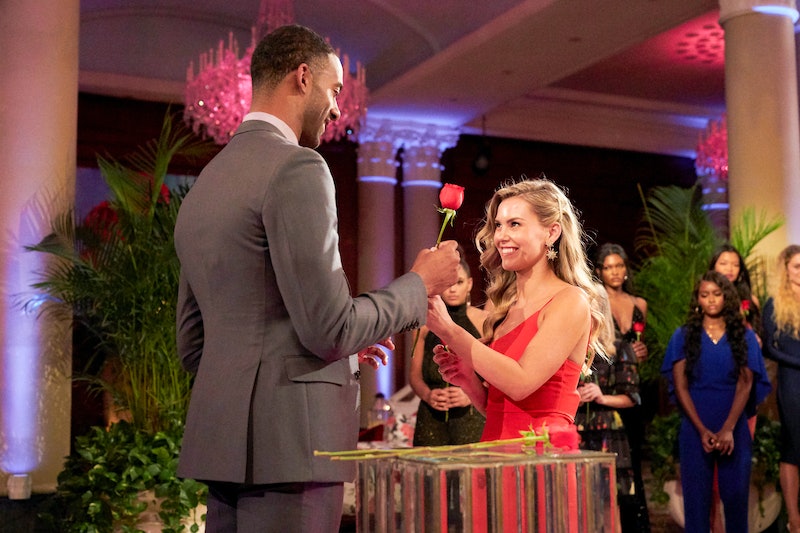 Bachelor Nation can now breathe a sigh of collective relief: Anna has been sent home. After Katie pulled Matt aside to let him know what was going on in the house, Matt confronted the women during the Feb. 1 episode. Anna was one of the first people he pulled aside, and she knew she was in trouble.

Matt expressed his discontent about the fact that she'd spread a rumor about Brittany that could "ruin [her] life," which sent Anna into a string of apologies. "I’m so sad and upset with myself," she said, adding that she'd received accusatory messages about Brittany before appearing on the show. “Immediately, I felt horrible about it." She started crying and apologized more, pointing out that her emotions were causing her to break out in a rash.

Though Matt understood that Anna made a mistake, he felt that the damage had been done and decided to send her home. "I’ve seen how words can affect people and I owe it to these women to create a safe space for them and that’s what I’m gonna do," he told the cameras.

Later at the rose ceremony, Matt also sent Queen Victoria home for her own part in starting drama. Clearly, he's taken a stance about how much pot-stirring he'll tolerate.