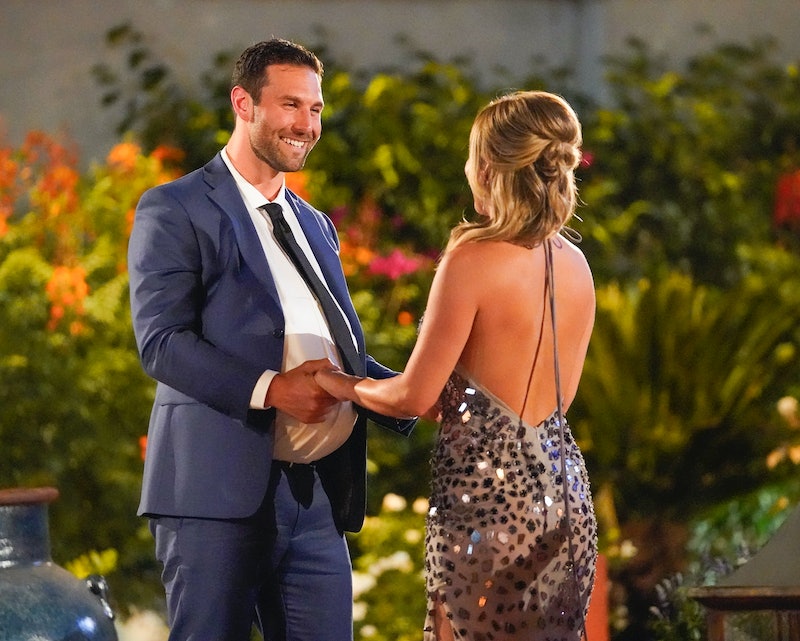 There may not have been a rose ceremony during Tayshia's first episode as Bachelorette, but someone still went home. After realizing he still had feelings for Clare, Jason quit the show, telling Tayshia that he didn't think it would be fair to her to stick around when his head was elsewhere. "I'm hanging on by a piece of floss," Jason told Joe during a poolside chat shortly after the men met Tayshia for the first time. "It's not fair to Tayshia. If I'm gonna be here, she deserves all of me. I'm fighting still, but I don't know how much more I have left, and I'm just being brutally honest with you, man."

Ultimately, he admitted that even though Tayshia is "gorgeous" and he wanted to get to know her, there was just no way for him to move past his feelings for Clare. "I can't just flip an on and off switch with somebody else," he told cameras. When he shared those feelings with Tayshia — after bidding his fellow contestants a truly touching farewell — the Bachelorette was understanding, but worried that he was closing himself off to the possibility of finding new love. Still, it wasn't enough to keep him around, and Jason decided to leave the show, prompting fans everywhere to demand Justice for Jason.

While some might be surprised at the depth of Jason's feelings for Clare, considering she left the show just a few weeks into filming, he really packed a lot into his time on The Bachelorette. In addition to charming Clare with his pregnant belly limo exit, the former football player laid his heart out during their one-on-one date. While on their romantic camping trip, the Virginia native opened up about some of his deepest insecurities, talked about his difficult relationship with his family and even admitted some of his biggest relationship flaws.

The impact of that date also took a toll on Jason, who was visibly shaken up by the news that Clare had decided to leave the show to pursue a relationship with Dale. "I'm crushed. I don't know if my heart is going to come out," he said told the group after she broke the news. "I opened up to somebody like I've never done before." All of that emotional availability wasn't enough to steal Clare's attention back from Dale, but it did win over many members of Bachelor Nation, who felt it was unfair that he opened up so much to her and got so little in return.

However, there is one upside to Jason's decision to leave The Bachelorette : there is one more single, emotionally available, WaWa-loving man back on the market.