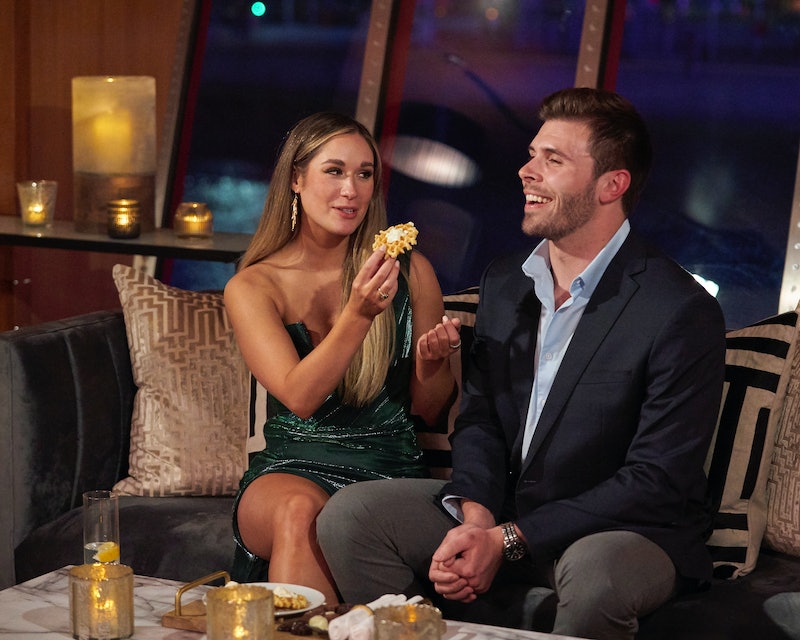 We couldn’t be closer to the finish line of this Bachelorette season, and yet, the season is still delivering massive surprises. Tonight’s episode was no different and came in the form of Zach Shallcross’ shocking exit from the show. From the beginning, Zach and Rachel seemed like a rock-solid match for one another, but as The Bachelorette proves, nothing is guaranteed to last forever, especially Zach’s time in the competition.

It’s not as though their relationship’s quick demise came out of nowhere, as there had been some rumblings from Rachel concerning her doubts. During Fantasy Suites, she and Zach decided to spend the night together. However, in the morning, things seemed awkward and uneasy between them. Audiences would then come to learn that Zach had been quite taken aback by their conversation from the night prior.

Zach explained that Rachel had begun questioning if he was old enough to commit to an engagement. (Zach was 25, and Rachel was 26 during the time of filming.) “Rachel’s concern came out of nowhere,” he said. “That scares me. That scares me a lot.” He then sought out a tearful conversation with Jesse Palmer where a clearly vulnerable Zach tried to make sense of his predicament. At the end of the Sept. 6 episode, he pulled Rachel aside at the rose ceremony for a conversation, and the first part of the finale on Sept. 13 picked up with their conversation.

While holding up the rose ceremony, Zach began talking about feeling disconnected from Rachel, which proved to be the tip of the iceberg. He stated that what he was “seeing wasn’t the real Rachel,” and he added that he’d shown his absolute love for Rachel, but that it ultimately wasn’t reciprocated. He felt their conversation during Fantasy Suites was a “blindside,” before finishing, “I did really love you, I saw you a future with you… I need to go.”

“I really wish I could’ve gotten there,” Rachel told Zach, before walking him towards the exit. In his solo ride away from the competition, he explained that perhaps he and Rachel were on different pages, “She was, in my mind, the future Mrs. Shallcross,” he said. “I thought maybe that I meant more, but I guess I didn’t.” He finally questioned whether any part of his relationship with Rachel was real, but thankfully, the duo reunited to hash everything out live on After the Final Rose.

In front of the live studio audience for their first conversation since they broke up. Zach opened things up by apologizing for ever questioning Rachel’s character, and Rachel quickly replied by stating that she didn’t want him to feel as though what they had wasn’t real. “I want all the happiness in the world for you,” she told him, before adding that their fateful overnight conversation was a product of her search for clarity. In fact, both parties admitted to feeling slightly estranged during Fantasy Suites.

Zach seemed receptive and understanding of Rachel’s decisions during the live segment, with the former couple continuing to apologize and reassure one another in the wake of their breakup. Zach ended the conversation by stating that he has no regrets and that he only hopes for the best for Rachel.