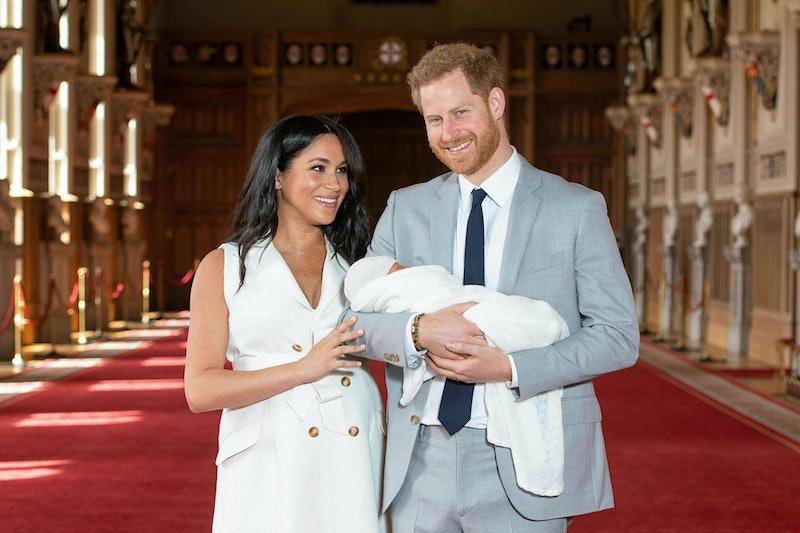 During their emotional interview with Oprah Winfrey on March 7, Meghan Markle and Prince Harry talked about mental health, their relationship with the royal family, and how difficult Meghan’s first pregnancy was. The question of Archie's royal title was also a key topic of conversation, with Meghan explaining that her son would not receive security from the royal family because he was not considered a prince in any official capacity.

What Have Meghan & Harry Said About Archie's Royal Title?

The central focus of Oprah’s conversation with Meghan and Harry was why they stepped back from royal responsibilities. When Archie was born on May 6, 2019, the media reported that he wouldn’t be a prince because Meghan and Prince Harry wanted him to have a more normal life. However, during the interview Meghan revealed that there was much more to the story.

She told Oprah, "They we saying they didn't want him to be a prince or princess, which would be different from protocol, and that he wasn't going to receive security. This went on for the last few months of our pregnancy where I was going, 'Hold on for a second.'"

While Meghan outlined that the couple weren’t focused on the title, they were concerned that their son wouldn’t be protected. “They said [he's not going to get security], because he's not going to be a prince,” Meghan explained. "Okay, well, he needs to be safe so we're not saying don't make him a prince or princess, but if you're saying the title is what's going to affect that protection, we haven't created this monster machine around us in terms of clickbait and tabloid fodder you've allowed that to happen, which means our son needs to be safe."

Oprah went on to ask whether Meghan thought that Archie was being denied a royal title due to race. Meghan replied, "I can give you an honest answer. In those months when I was pregnant, all around this same time, so we [had] the conversation of he won’t be given security, he’s not going to be given a title. And, also, concerns and conversations about how dark his skin might be when he’s born."

Royal titles are more complex than they first seem and there are rules and protocols surrounding them. The Guardian outlined that, in 1917, the Queen's grandfather, George V, ruled that children and grandchildren of a sitting monarch have the right to a royal title, including prince or princes or his/her royal highness.

Right now, Archie is great-grandchild to the sitting monarch. Convention states, then, that once Prince Charles takes the throne, he will be given a royal title. However, going by Meghan's comments and recent events, that seems unlikely at this point.

The Guardian reports that Prince William and Kate's son George was automatically given the title of prince because he is a great-grandchild of the monarch down the direct line of succession to the throne. Titles were given to Princess Charlotte and Prince Louis because the Queen stepped in ahead of their births to issue letters patent to ensure that was the case.

Extended members of the royal family don’t get the same protections as those closer to the monarch and, when speaking about the importance of Archie’s right to a title, Meghan said, “If it meant he was going to be safe, of course [it mattered]." She added: "All the grandeur around this stuff is an attachment I don’t have. The most important title I will ever have is mum.”

Will Archie Ever Have A Royal Title?

When he was born, Archie was given the title Master Archie Mountbatten-Windsor. As mentioned above, convention states that Archie should become a prince once Charles takes the throne. However, that now seems to be up in the air.

More like this
Will Archie & Lilibet Attend The Queen's Funeral?
By Sam Ramsden
Camilla Paid Tribute To The Queen In A Heartfelt Video Message
By El Hunt and Sam Ramsden
King Charles Ensured These Subtle Tributes Were Included In Queen Elizabeth’s Funeral Wreath
By Sophie McEvoy
Oprah Winfrey Revealed Her Hopes For Prince Harry & The Royal Family
By Maxine Harrison
Get The Very Best Of Bustle/UK