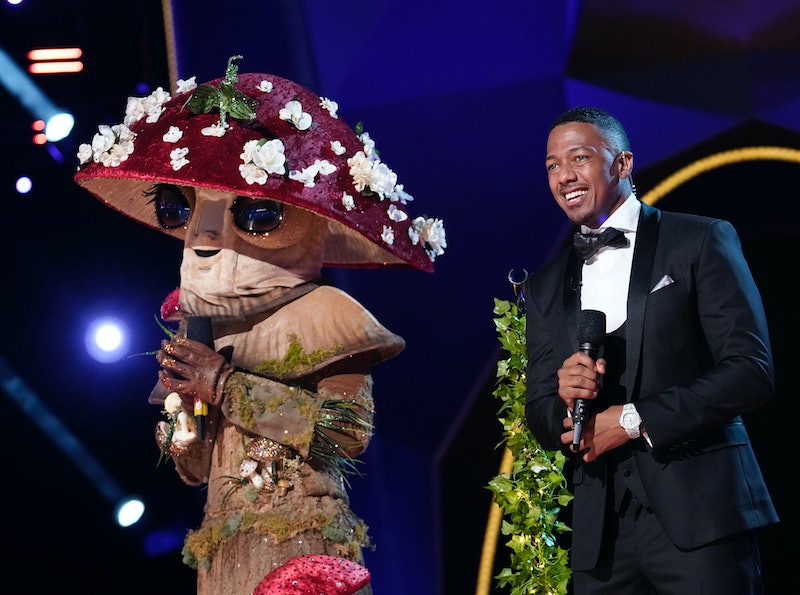 When the trailer for The Masked Singer Season 5 came out, Nick Cannon was nowhere to be seen. Hosting in his place was actor and comedian Niecy Nash. But her time on the show is only temporary, and Cannon will be back. Nash came on board while Cannon was recovering from COVID-19, as Variety reported on Feb. 3. At the time, Season 5 was due to begin shooting and Cannon had tested positive for the coronavirus, so production brought Nash in to guest host until Cannon could get better.

His quarantine and recovery timeline brought Cannon back “halfway through the season,” said executive producer James Breen during a virtual TCA panel in early March. Breen also said that they were happy to have Nash step in for the first half, per Deadline. “She had chemistry with the panel — she was just a producer’s dream,” Breen said. “She was absolutely fantastic.”

The panel of judges couldn’t stop raving about her, either. “Niecy’s a boss. She’s a queen,” Nicole Scherzinger said during the TCA panel. Ken Jeong added in a Fox 2 Now interview, “She is outstanding, she can do it all.”

Still, the judges missed Cannon in those early episodes. Robin Thicke told Fox 2 Now, “You know Nick is our brother, and we love him so much, and we want him to get back as soon as possible. But if we can’t have Nick, Neicy Nash is all right with me.”

Prior to hosting, Nash had already been on the show as a guest judge for one episode during Season 4. Being familiar with the series and its format, she was happy to join in a bigger way. During the TCA panel she thanked everyone involved for making her feel welcome. “I just walked in the door and every single person supported me and was so kind,” she said.

The fact that Cannon’s positive test result came in advance of filming is a testament to how hard the show has worked to keep everyone safe on set. The Masked Singer employs “regular testing, zoning, social distancing, sanitization and non-sharing of communal areas” to ensure that everyone stays COVID-free, according to Deadline. Executive producer Craig Plestis told the outlet that in Season 4, they “went above and beyond the outlines of the CDC and local authorities in order to keep people safe.”

Cannon’s temporary absence from the series isn’t the first time the pandemic has affected the host of a major show. Chris Harrison of the Bachelor franchise had to miss a few episodes of Clare Crawley’s Bachelorette season in 2020 due to a required two-week quarantine following a trip to move his son into college. Season 12 lead JoJo Fletcher filled in for him during his absence, and Harrison ultimately tested negative and returned to the series.

Cannon will return soon enough, too. He’s already been tweeting to promote the new season of the show, and he’ll likely be tuning in with the rest of us to watch Nash take on the hosting spot. And after a handful of episodes, he’ll be back in his sparkly shoes to joke about being Ken Jeong’s dad. Fans can’t wait.