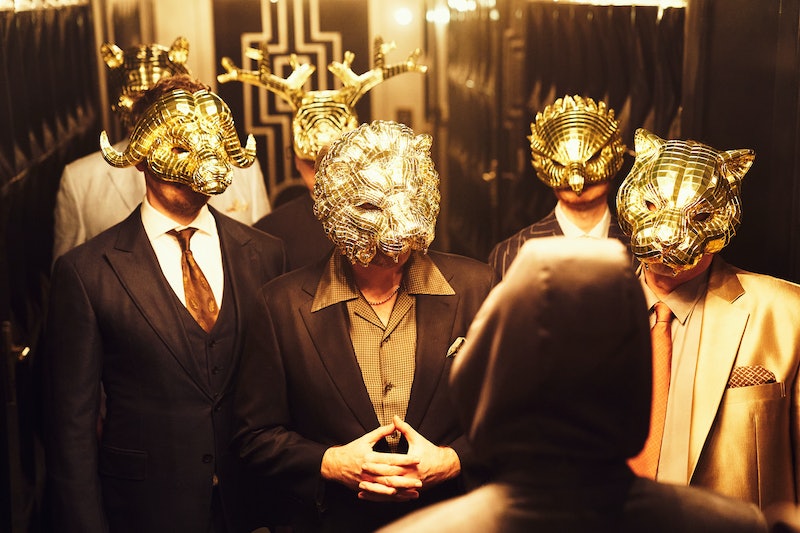 Netflix’s Squid Game has fast become the most talked-about show of 2021. According to the streaming giant, Squid Game’s debut has also become the platform’s biggest series launch of all time, and the show’s popularity among viewers also aligns with an extremely positive critical response.

However, one element of the Korean series that was not so well received was the show’s English-speaking VIP characters, who appear in Squid Game’s seventh episode, during which they are shown placing bets on the high-stakes competition.

“Everyone going on about the Squid Game English dub but what about the VIP actors? Those English actors were terrible,” wrote one Twitter user, while another fan commented, “Episode 7 of Squid Game was one of the best but I don't understand where they got the VIP actors from? Did they find randomers on the street?”

Addressing the online backlash surrounding the VIP’s acting skills and dialogue, actor John D Michaels, who portrays VIP One in the Netflix hit, shared his view that English-language scenes in Korean shows can sometimes appear “unnatural.”

“Non-Korean performers often act with dialogue that is translated by a non-native — sometimes even by Google Translate — so it can sound unnatural,” Michaels told The Guardian. “Often we don't have the scripts for the rest of the show. We are only given our scenes, so we have no idea of the tone,” he added.

The actor went on to say that Korean dramas are “a welcome alternative” and should try and avoid becoming “Westernised.” He continued, “We are not playing Westerners as we know them... We are generally providing an interpretation of what a Westerner is from the point of view of a different culture.”

Meanwhile, Squid Game star Daniel C Kennedy, who plays VIP Two in the streaming hit, also revealed to The Guardian that the English-speaking actors weren’t given any context about their scenes, and decided to portray the characters as “dirtbag millionaires.”

“We were all wearing very heavy plaster masks, and sitting on couches that were at least 20-30ft away from the closest VIP. We all had to yell our lines vaguely into the air, which added to the weird tonality of the delivery,” Kennedy added.

Per Digital Spy, many Squid Game viewers also pointed out that some of the dubbed English dialogue did not accurately match with the original Korean dialogue throughout the drama.

Addressing the viewer complaints, Squid Game creator, Hwang Dong-hyuk, urged fans to “please watch” the subtitled version with the original dialogue. “If you don't see the acting, the performance from the real actor, then you are not seeing anything. You are missing the most of the Squid Game fun,” Dong-hyuk said during an appearance on Good Morning America.