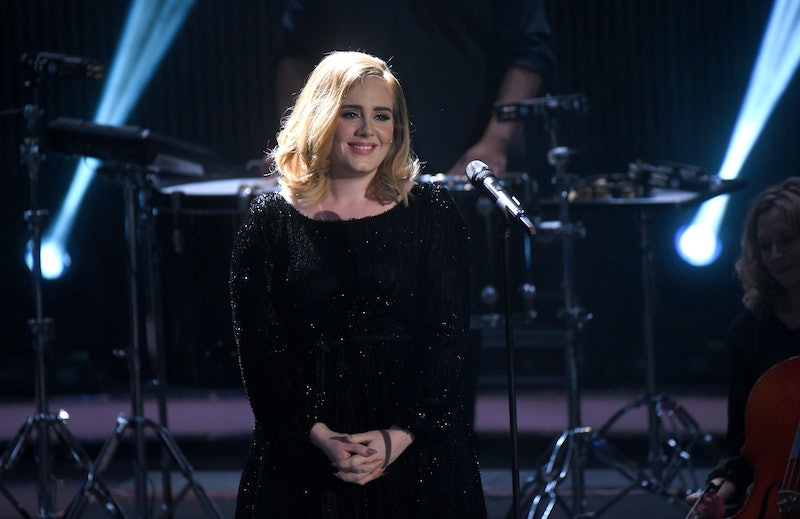 With the release of her long-awaited single “Easy On Me” last Friday (Oct. 15), Adele’s return to the music industry is officially underway. The song has already broken all sorts of records, including becoming Spotify’s top track for single-day streaming, and is on its way to debut at Number 1 in the UK charts.

While the actual release of her album is a month away, the excitement is certainly real among fans and music lovers. Set to be released on Nov. 19, many are already wondering whether Adele will begin promoting the record on the road this year and the next.

While the singer is yet to announce a fully blown tour, she will be performing two shows at BST Hyde Park on Friday 1 July and Saturday 2 July in 2022. Her first shows in the UK since 2017, Adele is understandably buzzing about it. “Oiii Oiiiiiiiiiiiii” the singer wrote on Instagram following the announcement.

Joining the likes of Pearl Jam, Duran Duran, and Elton John, general sale tickets for Adele’s BST Hyde Park 2022 will be avaliable on Saturday, Oct. 30 via AXS and Ticketmaster at 10 a.m. If you want to bag tickets earlier than that, you can sign up for pre-sale on Adele’s official site. These will be available at 10 a.m. on Thursday, Oct. 28.

But if you were hoping to see the singer on an actual tour in the near future, her schedule is looking quite uncertain thanks to the ongoing pandemic.

“I don’t have solid plans because of COVID, it’s so hard to play a global tour in person,” the singer told Zoe Ball on her BBC Radio 2 Breakfast Show. “I don’t want to be cancelling anything again,” Adele said, referencing the cancellation of her last two Wembley shows in 2017 due to a vocal cord injury.

However, she and her team do have “a few options in the pipeline” but it’s taking them some time to figure out which are the “most doable” due to the different rules in place across the country, as well as the rates of infection and vaccination.

“It makes me nervous trying to plan a world tour globally when no one’s really on the same page,” Adele told Hits Radio’s Fleur East. “As long as I get to do something – I’m good.”

You better keep your eyes out on the tube, though, because Adele joked about about the potential of busking on the tube for London’s rush hour crowd. “Do you know what, she made £5.20 in a whole afternoon,” Ball responded, with Adele in hysterics.

This article was originally published on Oct. 18, 2021