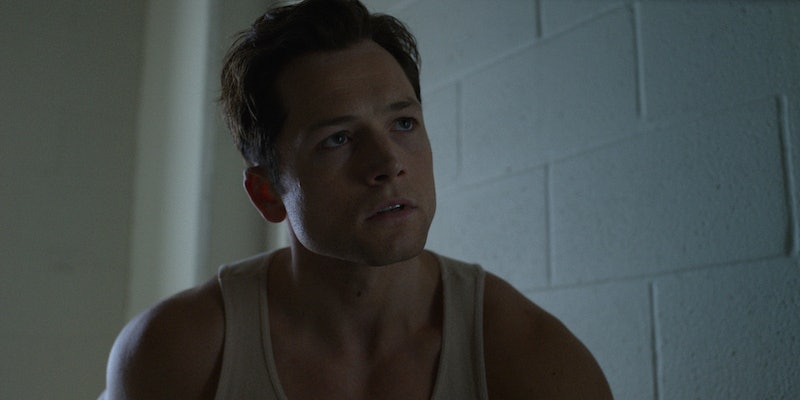 Though Black Bird likely won’t return for Season 2, both series leads will be back on Apple TV+ soon. Actor Taron Egerton, who played Jimmy, already shot the streaming service’s upcoming Tetris movie as Henk Rogers, the Dutch video game designer who first secured the rights to distribute the 1980s classic on consoles. Just days before he took his final bow as Black Bird’s Jimmy, Egerton also signed on to star in another action thriller called Carry On. The Netflix film follows his character Ethan Kopek, a young TSA agent who gets blackmailed by a mysterious traveler to let a dangerous package slip through security and onto a Christmas Day flight, according to Variety.

Hauser, for his part, is currently filming Apple TV+’s The Afterparty Season 2 alongside an ensemble that includes Tiffany Haddish, Sam Richardson, John Cho, Anna Konkle, Jack Whitehall, and Ken Jeong, among others. “After doing a show like Black Bird, I need to do some comedy, honestly, for myself,” said the actor, who will also appear opposite Sydney Sweeney and Halsey in the National Anthem film. While on his way to the Afterparty set, he told Deadline, “It’s just this crazy good group of people who are kindhearted and funny. So, this show’s been very healing for me, that I get to just make people laugh and kind of have adult summer camp every day.”

After all, he really had to commit to getting inside his “tortured” character’s psyche. “I’m a very spiritual guy in real life, and I’ve always felt that evil’s highest honor is deception,” Hauser added. “They feel comfortable in that, but they’re actually being tortured as much as anyone, and I think Larry is that. I think he’s deceiving people, but he himself has been deceived in the greatest of ways.”

Meanwhile, Black Bird showrunner and writer Dennis Lehane, whose novels include Mystic River and Gone, Baby, Gone, might be leaving literature behind to work in television for good. Though he has a new book called Small Mercies coming out in 2023, he told NPR it might be his last for a while. Explaining that he has to “go into a tunnel” when he writes a novel, Lehane, who’s written for The Wire and Mr. Mercedes, said working in TV is something he can do anywhere and also allows him to spend more time with his children. While his next TV show is unknown, he’s already written screenplays for a Western called Colt and another crime drama called American Son, starring Russell Crowe and Stephan James.

So even without another Black Bird season, there’s still plenty more on the way from the actors and team behind the series.

More like this
This New TV Show Revisits The Most Controversial True Story From Hurricane Katrina
By Brad Witter
Dr. Anna Pou Is Still Practicing Medicine After Facing Murder Charges
By Brad Witter
Anthony Templet Wants To “Live Normally” After Killing His Father
By Brad Witter
Everything To Know About 'For All Mankind' Season 4
By Sophia Moore
Get Even More From Bustle — Sign Up For The Newsletter