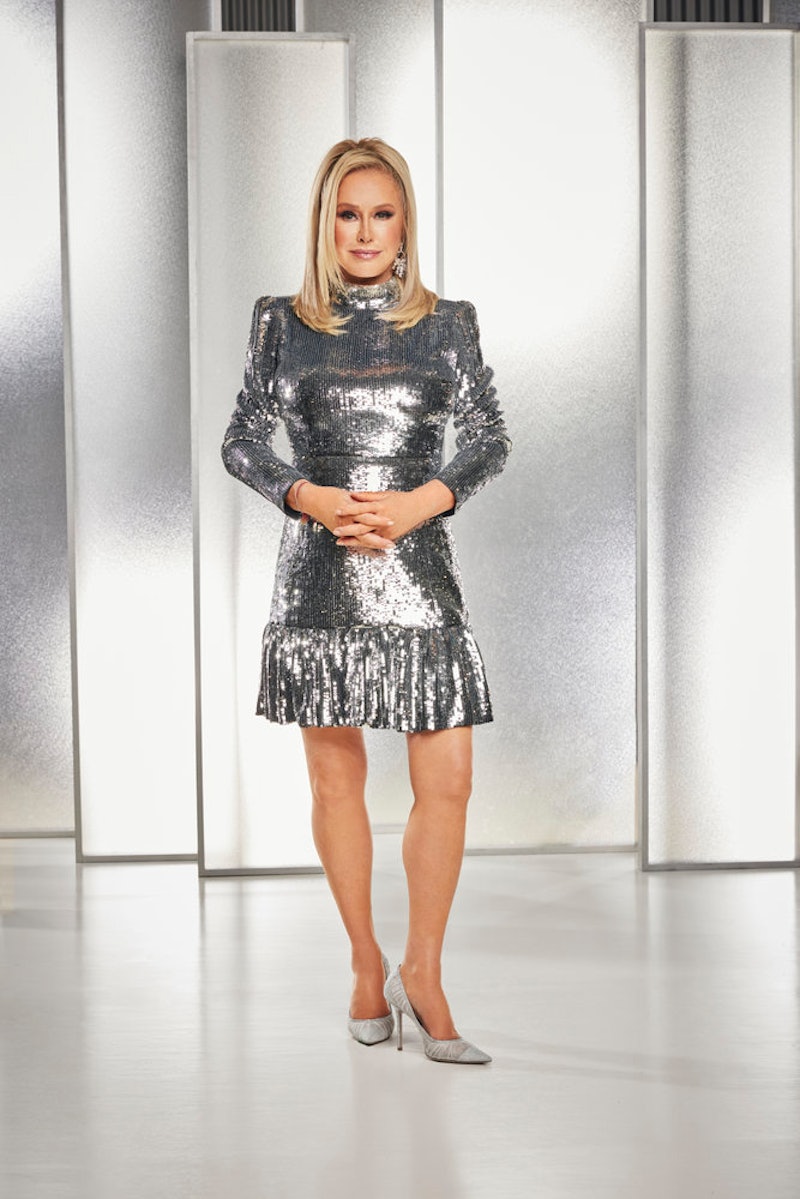 Going into the final stretch The Real Housewives of Beverly Hills Season 12, Kathy Hilton is the name on everyone’s lips. Hilton, the sister of OG Housewife Kyle Richards, joined as a Friend on Season 11 and winded up becoming a fan favorite very quickly. However, her position on the show has come under question after the Sept. 21 episode, when her cast mate Lisa Rinna alleged that she had a “breakdown” on a trip to Aspen and made disparaging remarks about her sister, Bravo, and its parent company NBCUniversal. The reported incident was not captured on camera, but it is making fans wonder if she will return for next season in the aftermath.

Hilton has yet to comment about her future on RHOBH. In March, Instagram fan account Bravo Housewives reported that she would likely not return for Season 13. “The chances of Kathy Hilton returning to The Real Housewives of Beverly Hills are slim to none after she was dragged into the drama as the season came to a close, resulting in her missing [three] full-cast events this season,” the blog wrote. But this may not be accurate, as Hilton showed up to the first cast party after the Aspen trip, and is seen confronting Kyle and Lisa in a preview for the Sept. 28 episode.

In addition, Hilton attended the Season 12 reunion, which was filmed on Sept. 9 and will start airing in October. As a Friend of the Housewives, she was not contractually obligated to show up, so her presence could signal her commitment to the show going forward. That being said, Hilton is adamant that she would never become a full-time Housewife. “Usually you say, ‘I’ll never say never,’ but for sure, absolutely not,” she told E! in August. “Because that way, you have to involve your family, and my family would have no interest.”

Of course, Bravo is keeping what happened during the reunion under wraps, but it sounds like it was especially tough for Kathy and Kyle. On the Sept. 14 episode of Watch What Happens Live, co-star Erika Jayne teased what fans can expect from the reunion. “It was really trying, and it was hard to see some family dynamics in front of us,” she said, before revealing that the cast didn’t take their traditional post-reunion photo. “That was a first,” Cohen said. “And I didn't even kind of push it. I think when you see... you will see why.”

As usual, Bravo will likely not make any casting announcements for next season until after the Season 12 reunion airs, so unless Hilton speaks out directly, her future on RHOBH hangs in the balance.