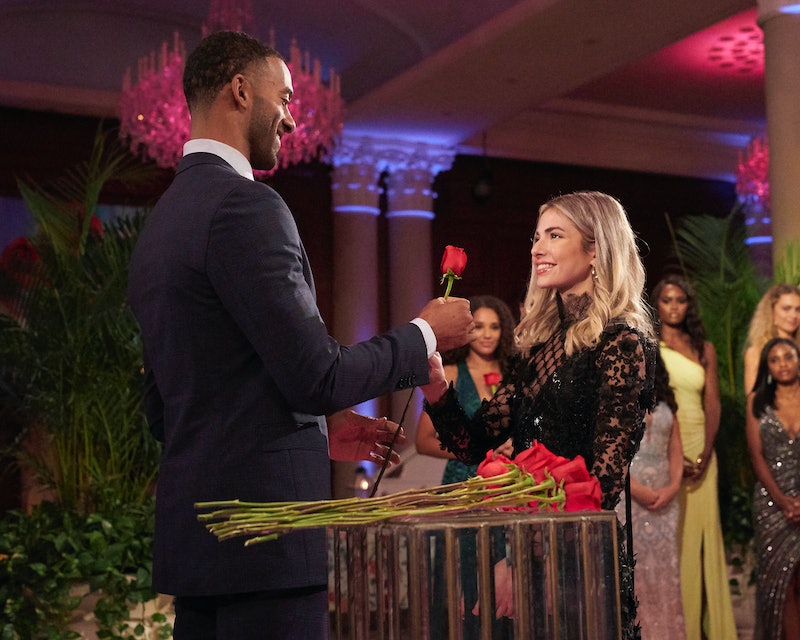 Bachelor fans haven't seen the last of Kit Keenan. She's set to appear on the March 1 Women Tell All special, and though ABC has yet to make any casting announcements, she could very well show up on Bachelor in Paradise this summer.

Though a new BiP season has yet to officially be confirmed, ABC exec Rob Mills told Variety in January that they're "hell-bent on figuring out how" to film the show this year. "Unless something horrendous happens, I feel very confident that Paradise is coming back on this summer — how and where it's going to be, it's still to early to tell," he added. ABC previously shelved the would-be 2020 season amid coronavirus concerns, so one thing that could be working against Kit is, as Mills put it that, "there are so many" casting possibilities with four seasons worth of contestants to mine from.

One person rooting for Kit to hit the beach? Matt James, who specifically mentioned her on the Chicks in the Office podcast as the one contestant he believed didn't get enough screentime. Matt called Kit "very impressive," explaining that he was "blown away" by her maturity and ability to be vulnerable. "Every time I spent time with Kit, I was like, yo, she is bringin' it," he said.

Kit, for her part, hasn't discussed if she'd be open to appearing on BiP, but did call her Bachelor journey "one of the hardest things" she's ever done. "That also just goes to show how privileged I’ve been in my life to be able to say that," she said on the Bachelor Happy Hour podcast in February. "But emotionally, it was very, very, very hard, especially not being able to speak to my family and my mom, who’s my number one supporter and my lifeline."

After filming The Bachelor, she launched a line of apparel collaborations called KIT, and also co-hosts the Ageless podcast, so she has plenty to keep her busy. But given her fan-favorite status, viewers are eager to see her get another shot at love.