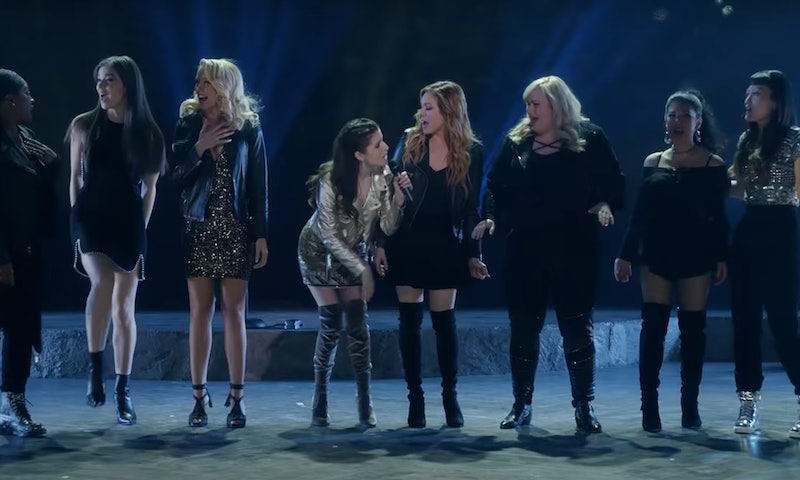 It's impossible not to fall in love with the Barden Bellas, which is what keeps audiences coming back for more. But what's better than three Pitch Perfect movies? Since the last movie came out in 2017, audiences have been patiently waiting for another. The actors, too, have been pretty open about wanting to return to their acapella franchise. The latest actor in the string of Barden Bellas calling for a fourth movie is Brittany Snow, who even enlisted the help of other celebrities to help make the movie happen.

During her March 14 appearance on The Kelly Clarkson Show, the X actor was asked about the possibility of a fourth Pitch Perfect movie. “I do love doing them. I mean, I get to be with my best friends, and we get to sing and dance. And you get paid to do that, so it’s kind of a no-brainer,” Snow said. “So I would love to do another because we would just all get to be together.”

“I’m making a call right now, make it happen,” Clarkson said after Snow prompted her to help get the movie done. When asked by Snow if she could be in it, Clarkson responded enthusiastically saying, “As long as I’m not acting.” After, Snow also asked Clarkson’s other guest, Regina Hall, to join the movie. Hollywood, are you listening?!

Other Pitch Perfect alums have also previously expressed interest in reprising their roles, teasing fans. In 2018, Rebel Wilson, who plays Fat Amy in the films, tweeted out a photo that got fans wondering whether a sequel was already in the works. The image featured Wilson with her Pitch Perfect co-stars Snow (Chloe), Anna Camp (Aubrey), and Chrissie Fit (Flo) — all of whom were holding up four fingers.

The fact that all four of them were holding up the number four, and the image was captioned with not one, not two, not three, but four heart emojis, made it seem like they were trying to convey a clear message. Fans took the photo as a not-so-subtle announcement that more songs were on the way, but it seems like it was only wishful thinking on their part.

If the studio were to ask the cast, ​​many members of the ensemble have made it clear that they'd be up for doing as many Pitch Perfect movies as possible, so odds are a fourth project would be easy to get rolling. In fact, back in 2017, Anna Kendrick told Entertainment Weekly during an interview that she'll never grow tired of making these films. "We'd do them forever," she told the outlet at the time.

A year later, Snow echoed similar sentiments, according to Refinery29. “We will probably make [the movies] — if they want us to — until the end of time,” she said. In 2020, Camp also conveyed the same life-long interest in the films. “We wanna do it until we're old and we're acting in a retirement home,” she told Collider in an interview.

That definitely bodes well for Pitch Perfect fans, who are undoubtedly thrilled at the prospect of more films to happen down the line.

More like this
The 'Scream 6' Trailer Shows Off Hayden Panettiere's Return & Ghostface In NYC
By Jack Irvin and Jake Viswanath
Anne Hathaway Shared A "Thrilling" 'Princess Diaries 3' Update
By Darshita Goyal
'Friends' Star Maggie Wheeler Offers Support To Matthew Perry After Reading His Memoir
By Alyssa Lapid
Mel B Thinks These Celebs Should Play Them In A Spice Girls Movie
By Alyssa Lapid
Get Even More From Bustle — Sign Up For The Newsletter
From hair trends to relationship advice, our daily newsletter has everything you need to sound like a person who’s on TikTok, even if you aren’t.

This article was originally published on Oct. 2, 2018