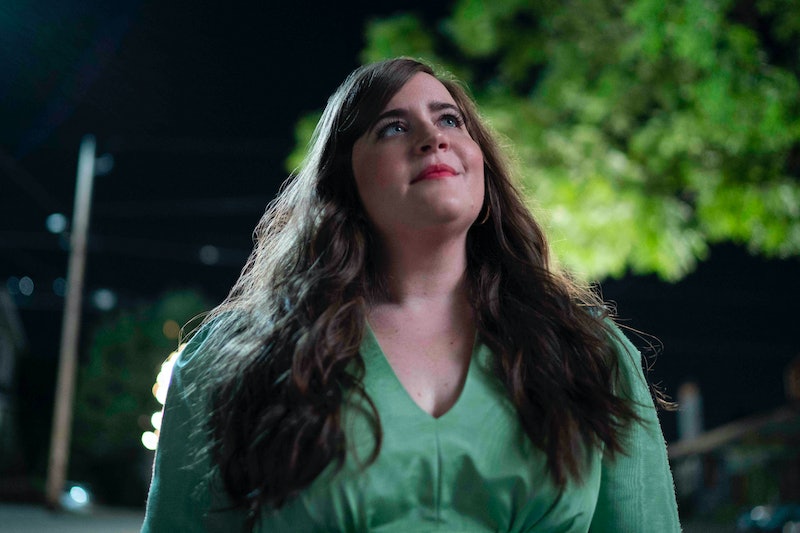 Spoilers ahead for Shrill Season 2. On the brink of a career breakthrough in the Season 2 finale of Shrill, an emboldened Annie dumped Ryan and vowed that she'd date other men. With the possibilities for new romance and writing success, Aidy Bryant isn't done telling Annie's story. But it looks like she'll have to wrap it up quickly as Hulu recently announced Shrill Season 3, which premieres this spring, would be its last.

In a Jan. 27, 2021 statement, Bryant shared, "Shrill has been one of the most creatively satisfying experiences of my life, a true labor of love for me and everyone who worked so hard on it." She added, "We are incredibly proud of this upcoming third and final season and are so grateful to the audience who connected with this story."

Shrill is based on the memoir by Lindy West and Season 1 was a fairly faithful adaptation. But Bryant, who also serves as writer and producer, told New York Magazine that Season 2 allowed her to incorporate more elements of her own life as Annie stopped worrying about what people thought of her, into "post–body stuff" territory. While Annie still faced some setbacks — like, quitting The Weekly Thorn in the Season 1 finale and then having to ask Gabe for her job back — she valued her self-worth more in the second season. No instance may highlight that more than breaking up with Ryan, not because he didn't love her, but because he wasn't giving her what she needed or deserved.

Annie recognized being single will be scary, but that's part of the reason that the Saturday Night Live star says she's excited about Shrill Season 3. "I would love to do a third season, and we have so many ideas that I feel like I would be so excited to weave in there," Bryant told The Hollywood Reporter in January 2020. "I think part of what I would be excited to show is that yes, she has come to the other side of some of her insecurities, but they do rear their ugly head. I think having to put yourself out there in the dating world is, like, trigger city."

She noted how in the Natasha Lyonne-directed episode, "WAHAM," gave a glimpse of "some of the daily indignities of living with a body that sometimes betrays you or that other people have feelings about" when Annie had chub rub. "I just feel like there's so much more to be said and to be done with it," Bryant added.

Besides Annie's love life (perhaps Thorn illustrator Nick could return?), Season 3, which was filmed in the fall, could show the response to her featured article "The Price of Female Empowerment." Her extended circle also has things going on as her father's health is a question mark, Fran's own love life took a turn, and Amadi's may be up for an even bigger promotion. As you wait for the final season, which will start streaming on May 7, expect Annie to get even more unabashedly Shrill as she continues fighting for what she wants out of life.

More like this
'Ramy' Will “Probably” End With Season 4, According To Ramy Youssef
By Brad Witter
UK Viewers Will Have To Wait To Watch The Handmaid’s Tale S5
By Maxine Harrison
18 Principal Ava Quotes That Prove She's The Queen Of Shade On 'Abbott Elementary'
By Grace Wehniainen
On 'The Handmaid’s Tale,' Christine Ko Fights Back
By Gretchen Smail
Get Even More From Bustle — Sign Up For The Newsletter

This article was originally published on Jan. 27, 2020