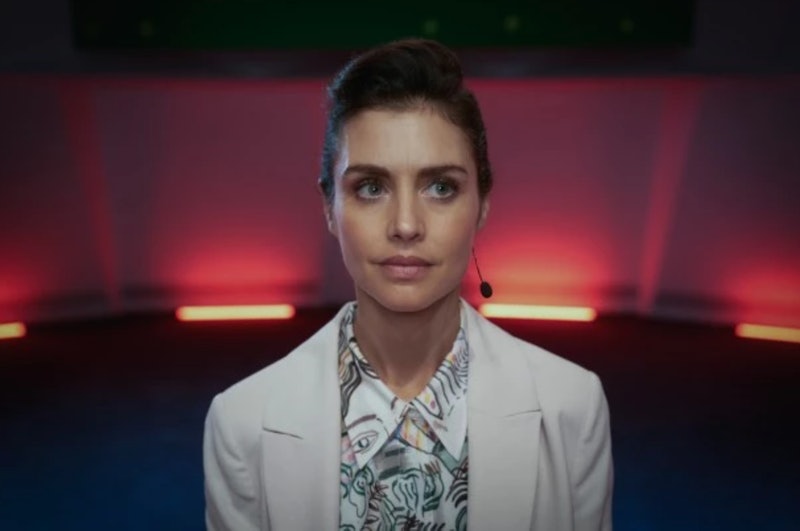 Set in the (perhaps not-so-distant?) future, Netflix’s The One explores the consequences of combining romance and technology following the debut of a cutting-edge matchmaking service that enables people to find a suitable partner through a DNA sample. The series has drawn comparisons to the likes of Black Mirror and will likely become your next streaming obsession. But, will The One return for season 2 after we’ve marathoned our way through Netflix’s dystopian drama?

The sci-fi thriller’s arrived on Netflix on Friday, March 12, but details of a potential second outing are yet to be announced. However, the fact that The One was adapted from John Marrs’ 2017 novel of the same name might suggest that it won’t extend beyond the eight episodes in season one.

As mentioned, The One is set within the (very) near future and centres on a bold new technology that allows people to determine their perfect match using nothing but a hair strand. Spelling the end of online dating, the scientific breakthrough, known as MatchDNA, is initially welcomed with open arms. However, damaging side-effects of the new technology soon become clear, and the ambitious CEO at the forefront of the invention is quickly placed under immense scrutiny.

Leading the drama’s cast is Hannah Ware as the CEO and co-founder of MatchDNA, Rebecca. Elsewhere, Dimitri Leonidas appears as Rebecca’s colleague and best friend James, who abruptly leaves his position at the company just before the technology takes off. Per Stylist, the Netflix drama also stars Amir El-Masry, Stephen Campbell Moore, Wilf Scolding, Diarmaid Murtagh, Lois Chimimba, Eric Kofi-Abrefa, and Pallavi Shard, among others.

Production on the Netflix drama kicked-off in early 2019, and thankfully wasn’t affected by any coronavirus restrictions. Filming took place across the UK in cities including Bristol, Cardiff and Newport, and, as mentioned, The One will be available to stream on Netflix as of Friday, March 12.