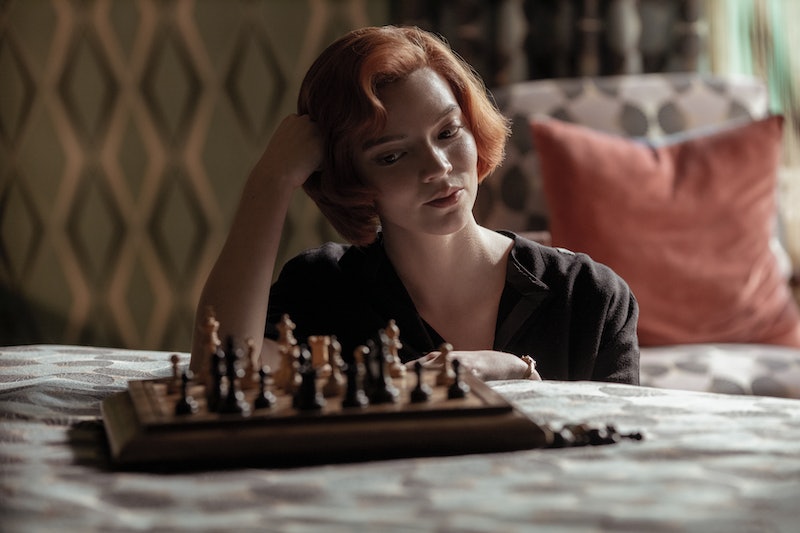 Sorry, Queen's Gambit fans: it sounds like Beth Harmon (Anya Taylor-Joy) has truly reached the end of her story. The acclaimed Netflix series, which is based on a novel of the same name by Walter Tevis, was always billed as a limited series. And executive producer William Horberg says all the interest in the show hasn't done anything to sway their minds about a potential Season 2.

"It's wonderful to know that people loved the show where they want to spend more time with these characters; we never envisioned it that way," Horberg told Deadline in early February. "[Co-creator Scott Frank and I] felt that the series had a satisfying endpoint and we’d allow the audience to fill in the space as to what happens next for Beth Harmon."

Anya Taylor-Joy echoed the sentiment in an interview with Deadline, saying there had been "no discussion" about Season 2. Still, she said "It would be very interesting to see how Beth would be as a mother, now that she's sober and more cognizant of the demons that pull her down" and that she'd "never say 'never'" to coming back for more episodes.

That The Queen's Gambit even made it to screen is a feat. According to The New York Times, there were plans for Heath Ledger to direct a movie version of the book in the early 2000s, but his untimely death ultimately shelved the project. A decade later, Frank decided that TV was a better fit. "If you did it as a movie, it becomes a sports movie: 'Is she going to beat the Russian guy?'" he told The Times. "And that's not what the book is about. For me, it’s about the pain and cost of being so gifted.”

Frank also originally wrote only six episodes, but decided to add the last one as a bonus “because chess takes time.” Consider it a privilege that we got even one more hour in Beth's world.

More like this
Watch The Thrilling Teaser Trailer Of 'Shadow And Bone' Season 2
By Gretchen Smail, Jack Irvin and Sophie McEvoy
Nicola Coughlan Shared A Lady Whistledown Excerpt From ‘Bridgerton’ Season 3
By Grace Wehniainen, Alyssa Lapid and Sam Ramsden
'Firefly Lane' Season 2 Will Be The Show's Last — But There's A Twist
By K.W. Colyard and Grace Wehniainen
Mike Flanagan Teases 'The Midnight Club' In This Exclusive, Creepy Clip
By Grace Wehniainen
Get Even More From Bustle — Sign Up For The Newsletter

This article was originally published on Oct. 22, 2020