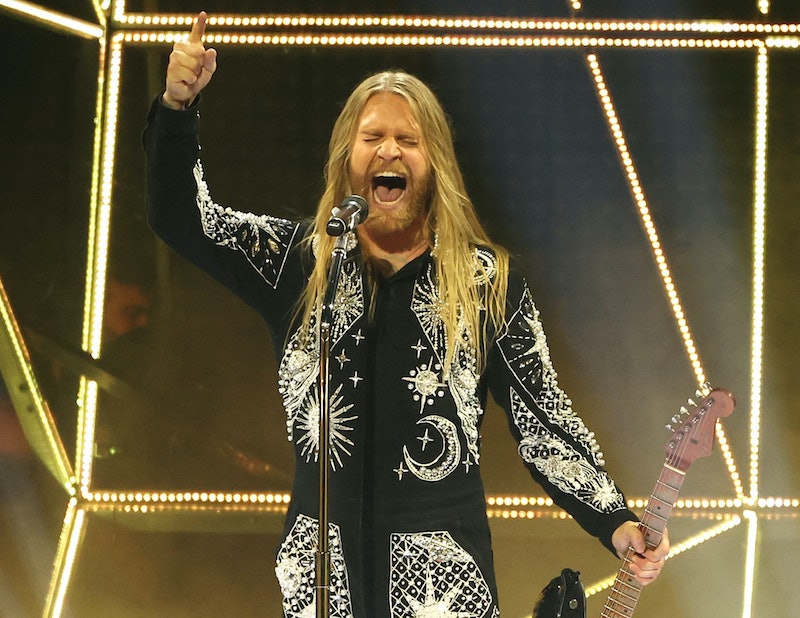 Securing its place in the history books, Eurovision Song Contest 2022 didn’t disappoint. Not only did Sam Ryder end the UK’s long record of disappointment, finishing in second place, but voters named Ukraine’s Kalush Orchestra the overall winner in a symbolic display of solidarity amid the conflict with Russia. However, the ongoing war began to raise questions over the country’s ability to host next year, and it was later confirmed that the UK will host Eurovision in 2023.

After multiple cities across the UK put their hats in the ring to host the much-loved singing contest, Eurovision’s next home was finally announced on Oct. 7. A destination with a rich musical history, Liverpool will put on the 67th Eurovision Song Contest at M&S Bank Arena May 13 on behalf of last year’s winners Ukraine.

Prior to the announcement, Liverpool and Glasgow were the final two cities in the running, and previously Leeds, Sheffield, Birmingham, Newcastle, and Manchester had also been shortlisted. The winner was decided by the BBC in conjunction with the European Broadcasting Union (EBU). “We are determined to make the 2023 Eurovision Song Contest one that both reflects the winning position of Ukraine and is also an event that all of the UK can participate in,” said the BBC’s Phil Harrold.

Reacting to the news, 2022 winners Kalush Orchestra expressed their excitement. “We are very pleased that next year’s Eurovision Song Contest will take place in Liverpool,” the Ukrainian group said in a statement. “Though we haven’t had the privilege of visiting yet, the musical heritage of the city is known all over the world. Playing in the same place that The Beatles started out will be a moment we’ll never forget.”

They added: “Although we are sad that next year’s competition cannot take place in our homeland, we know that the people of Liverpool will be warm hosts and the organisers will be able to add a real Ukrainian flavour to Eurovision 2023 in this city.”

The list of countries taking part will be released in due course. However, Montenegro and North Macedonia will not take part, as it will cost too much for them to enter. Broadcasters representing each country have to pay a fee to register, which BBC News reports have risen following Russia’s ban from Eurovision following its invasion of Ukraine. While individual payments aren’t made public, the combined total of all broadcasters amounts to an estimated £5 million. For Montenegro, the combined costs of registration fees, the cost of staying in the UK, and a lack of sponsors caused them to pull out. “We decided to direct existing resources to the financing of current and planned national projects,” the country’s public service broadcaster RTCG said. North Macedonia cited similar reasons, in addition to the country’s current energy crisis.

The European Broadcasting Union, which organises Eurovision, said it is “committed to keeping the costs of taking part as affordable as possible” and that fees are “calculated based on the number of countries competing” and “the member’s relative size and financial status.”

As mentioned, the EBU and the BBC announced on Jul. 25 that the United Kingdom — who finished as the 2022 runner-up with Ryder’s “SPACE MAN” — would be the Host Broadcaster for the 67th Eurovision Song Contest. As the winning country in 2022, Ukraine will automatically qualify for next year’s Grand Final alongside the “Big 5” France, Germany, Italy, Spain, and the UK.

At the time, the BBC said it was a “matter of great regret” that Eurovision 2023 could not be hosted in Ukraine. However, the broadcaster made clear that the BBC is “committed to making the event a true reflection of Ukrainian culture alongside showcasing the diversity of British music and creativity.”

Prior to the announcement, Ukrainian President Volodymyr Zelensky previously insisted the country would be held in the war-torn city of Mariupol next year. “Our courage impressed the world. Next year Ukraine will host Eurovision for the third time in its history,” Zelensky wrote in a message of defiance. “We will do our best to one day host the participants and guests of Eurovision in Ukranian Mariupol.”

However, in an official statement released on June 17, Eurovision organisers announced that after a “full assessment and feasibility study,” the 2023 Song Contest cannot be held in war-torn Ukraine.

This article was originally published on May 16, 2022