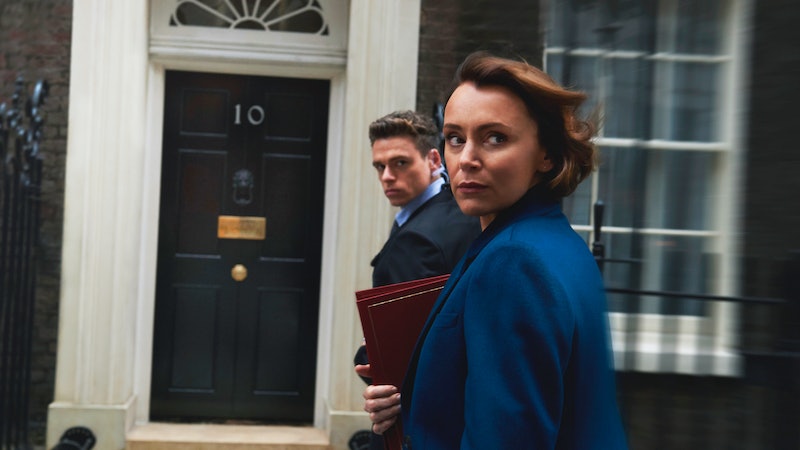 BBC hit drama Bodyguard broke records when it first aired back in 2018. The political thriller follows war veteran David Budd (Richard Madden) in his new role as a bodyguard for controversial Home Secretary Julia Montague (Keeley Hawes). It attracted enormous audiences, becoming the biggest BBC launch since records began. Little wonder, then, that viewers are still speculating about the future of the show in 2021. It’s been more than two years since creator Jed Mercurio said he was “in talks” about a follow up the dramatic series, however, we’re yet to have an official date — so will there be a Bodyguard series two?

First, a quick (and spoiler-laden!) recap of the explosive first series. DS Budd, a former soldier dealing with post-traumatic stress disorder, is appointed to provide security for Julia Montague, the morally questionable Home Secretary attempting to push through a controversial “snooper's charter” law.

As the series progresses, Budd's loyalties become increasingly twisted: he's sleeping with the Home Secretary, defending her from assassination attempts, and spying on her all at once.

Episode three ended with a dramatic bomb attack as Montague gave a speech. By the final episode, Budd ends up being abducted, fitted with a suicide vest, chased by police before proving his innocence (phew!).

There’s a lot of hope for the Bodyguard’s return but an official date is still some way off. The pandemic has caused many major productions to be delayed over the past year, including Line Of Duty, created by the Bodyguard’s team.

Bodyguard producer, Simon Heath, who also collaborated with Mercurio on Line of Duty, says season two will arrive in “due course.” Speaking to The Metro this week (Mar 22), he said: “Bodyguard is a big beast to put back together.” He added: “I’m reasonably confident we will see it in due course.”

According to the BBC, the first episode of Bodyguard drew 10.4 million viewers — “the highest launch figure for a new drama on BBC One since at least 2002, when current records began.” What's more, at the time, it broke streaming records for debut dramas, with three million watching episode one on iPlayer since the first season wrapped.

For now, it looks like Bodyguard fans will have to wait for definitive news of a second series, but you can still watch the first six-part season on BBC iPlayer.

This article was originally published on Sep. 9, 2018