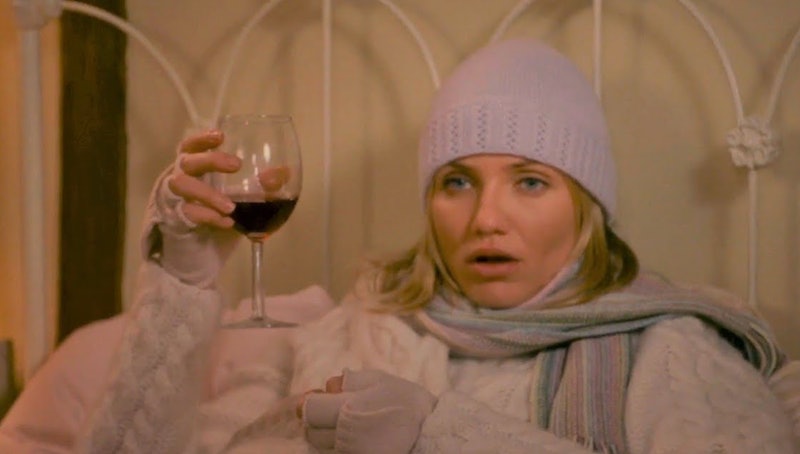 Since its 2006 release, Nancy Meyers' The Holiday has become staple festive viewing. With a stellar cast comprised of Kate Winslet, Cameron Diaz, Jack Black, and Jude Law, the modern Christmas classic centres on two unlucky-in-love women from opposite sides of the Atlantic Ocean, who swap houses during the holiday season in an attempt to escape their heartbreak back home. Now, almost 17 years later, a follow-up to the original film is reportedly in the works, but will there be a The Holiday sequel?

Speaking to The Sun, a source claimed that a “funny, poignant, and heartwarming” sequel will star the original cast and is scheduled to begin filming “next year.” The insider continued: “The plan is to start rolling on scenes next year, primarily in the UK and in Europe, but the main talent are all signed up and on board.”

However, addressing the rumours on Instagram, The Holiday producer, writer, and director, Nancy Meyers, confirmed that the reports are “not true.” Meanwhile, another source also claimed to Entertainment Weekly that the sequel rumors are false, and Winslet has not signed up to be part of a follow-up.

The yuletide favourite earned more than £200 million at the worldwide box office, making it one of the most successful Christmas movies of all time. Although it appears there are currently no plans for The Holiday 2 anytime soon, Diaz’s return to acting in 2022 makes the possibility of a second chapter all the more likely.

Diaz famously retired from acting back in 2014. However, in Jun. 2022, the Charlie’s Angels star announced plans to “un-retire” and appeared in Netflix’s Back in Action opposite Jamie Foxx.

Although Diaz hasn’t confirmed her full-time return to Hollywood, the actor previously explained to CBS that she is now figuring out her next move. “Everybody only has 100%, and you always have to figure out how you’re going to divide up that 100% to spread it to all the parts of your life that matter,” she said.

This article was originally published on Dec. 6, 2022