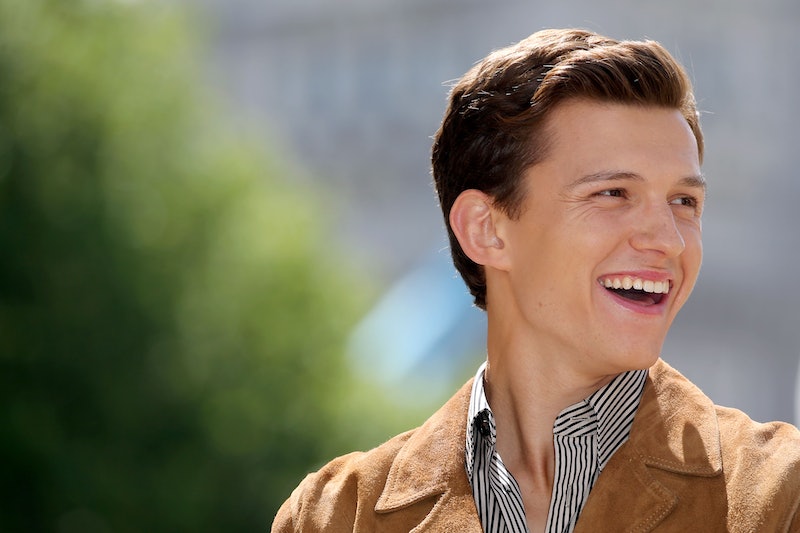 Over the course of five films in five years, Marvel fans have watched Tom Holland’s Peter Parker transform from an awkward student into a superhero who helped save half the universe. His character’s growth will be on full display again when Spider-Man: No Way Home hits theaters on Dec. 17. But after the release of his third solo film, what’s next for the beloved webslinger from Queens?

Historically, Marvel superheroes typically get three solo films. While it’s certainly not a hard rule (Thor: Love and Thunder will be Chris Hemsworth’s fourth solo film as the Asgardian God and a fourth Captain America film helmed by Sam Wilson is on the way) other characters like Tony Stark and Steve Rogers have been given three films to develop their storylines outside of the Avengers films. With his contract technically over after No Way Home, it’s a thought that’s on Holland’s mind. He recently told Entertainment Weekly that No Way Home felt like an apt “conclusion” to his time as Spider-Man. “We were all treating [No Way Home] as the end of a franchise, let’s say,” he said.

Holland isn’t completely ruling out a return to the character though, as he has also publicly stated he would gladly step back into Peter Parker’s shoes “in a heartbeat” if given the chance. However, he revealed that audiences would likely see “a very different version” of Parker should he return, but whether that involves having him attend college like Andrew Garfield’s iteration or work at The Daily Bugle like Tobey Maguire’s version remains to be seen.

Although it might feel like the end of an era with the release of No Way Home, the demand for more Spider-Man crossover is still very strong within the Marvel Cinematic Universe. No Way Home is one of the most-anticipated Marvel films and its multiverse-inducing trailer has already attracted more than 71 million views online within two months. Add in its potential connectivity to Venom and the future of Spider-Man still appears very bright.

Ahead of the film’s release, here are four important tidbits that Tom Holland has shared about Spider-Man: No Way Home.

1. No Way Home Is A “Conclusion” To Tom Holland’s Spider-Man Trilogy

With his six-film contract effectively over after No Way Home, Holland explained that the entire team treated it as a “conclusion” and “the end of a franchise” throughout filming. “We were definitely treating [No Way Home] like it was coming to an end, and it felt like it,” he said.

He also expanded upon the idea of what the future would hold in store for Peter Parker should Holland take on another film. “It would no longer be the Homecoming trilogy,” he confirmed. “We would give it some time and try to build something different and tonally change the films.”

2. The Fight Scenes Are “A Lot More Visceral” Than In The First Two Films

Based on its trailer, No Way Home takes place directly after The Daily Bugle editor J. Jonah Jameson publicly reveals Spider-Man’s identity to the world at the end of 2019’s Spider-Man: Far From Home. With his world flipped entirely upside-down and no reprieve in sight, Peter turns to Doctor Strange (Benedict Cumberbatch) for a spell that will cure his problems. However, it quickly spins out of control when a misstep seemingly unleashes a multiverse of past Spider-Man villains (and potentially heroes) upon New York City, including Doctor Octopus.

As a result of messing with the very fabric of the universe, Holland shared that the combat in the movie felt “a lot more visceral” and included “a lot more hand-to-hand combat” than the trilogy’s predecessors. He also added that scenes in the film required lots of “prep work” before filming because “when you’re dealing with magic spells and dimensions, it really gets complicated.”

In addition to working alongside co-stars Zendaya, whom Holland is currently dating, and Jacob Batalon, he shared that Alfred Molina quickly became “one of [his] favorite people [he’s] ever worked with.” In December 2020, Variety reported that Molina would be reprising his role as villain Otto “Doctor Octopus” Octavius in No Way Home, a character he originally played in 2004. As a result of transforming back into the nefarious character nearly seventeen years down the line, Holland remarked that it was a joy “to watch him see how technology has advanced” while filming. “When he was making these films, the arms were puppets, and when we did it, they’re all imaginary and CG,” he replied. “It was quite cool to see him relive it, but also relearn it.”

As the final days of No Way Home loomed on set, Holland said that he, Zendaya, and Batalon found themselves getting emotional after they realized the scene they were filming could potentially be the last time they worked together on camera. “I don’t think I’ve cried like that ever,” he told EW. “We’ve been making these films for five years now. We’ve had such an amazing relationship, the three of us. ... [It] was heartbreaking but also really exciting because we’re all moving into the next chapter of our careers.” He described it as “maybe the best day” he’s ever had on set.