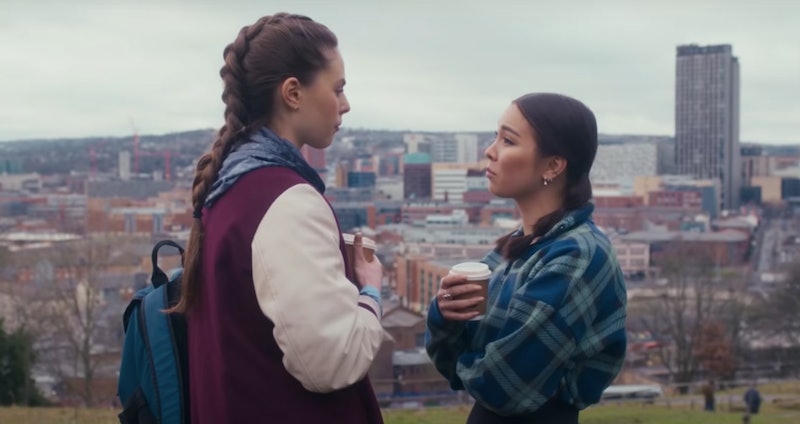 Spinning Out may have ended, but there’s still plenty of ice-skating content for Netflix subscribers to watch. The streaming platform just dropped Zero Chill, a fictional series that follows 15-year-old twins Kayla and Mac MacBentley as they navigate sibling rivalry and a relocation to London. There’s still plenty of drama to be had past the first ten episodes, so will Zero Chill return for a season 2?

As mentioned, Zero Chill centres on 15-year-old figure skater Kayla MacBentley, whose life is turned upside down when her family moves from Canada to London so that her brother Mac can play in the Hammarström Ice Hockey Academy. The move forces Kayla to put her dreams on hold and live in the shadow of her brother’s success.

Currently, there’s no news on whether or not Zero Chill will return after season one a Netflix rep tells Bustle. Things are looking good though, as Free Reign, another Netflix series written by the creators of Zero Chill, was recently renewed for a second season. However, the streaming service took six months to announce their decision on Free Reign, so fans of Zero Chill may be in for a long wait.

There’s also a possibility that it may not be renewed at all, especially considering Spinning Out, another ice-centric Netflix series, was cancelled last month following its ten-episode debut in January. Fans of the series were pretty upset and even started a Change.org petition asking Netflix to reverse their decision.