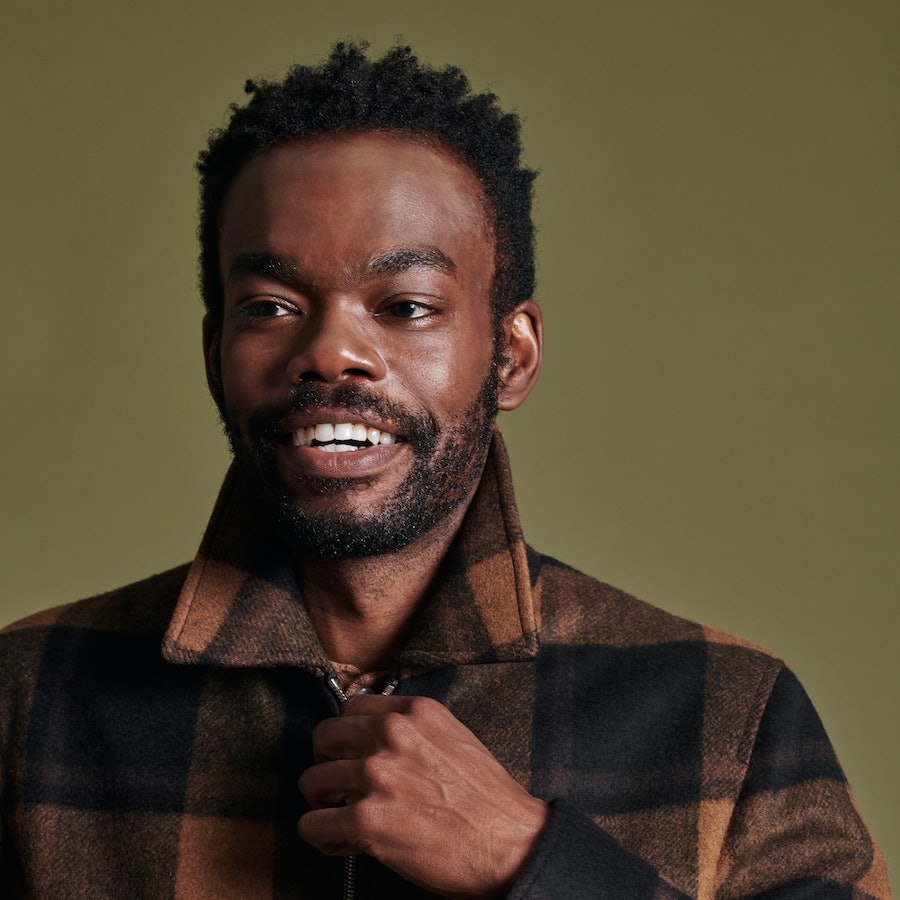 William Jackson Harper knows people have plenty of thirsty thoughts about him, but he’s trying not to think about it. In the late fall quiet of a Manhattan hotel room, he admits he’s not ready for the audience reactions to his upcoming sex scenes — and there are many — in his latest project, the second season of the HBO Max series Love Life.

“I handle my social media, which is why it’s so inactive, you know what I mean? I don’t post links because I’m scared. I don’t say stuff ’cause I’m scared! So I’m not prepared at all,” Harper, 41, jokingly confesses before becoming more serious. “I want people to watch the show, and if they like it, great.” He crosses his arms over his chest, as if to protect himself against revealing any more tender spots. “I’m probably just going to ignore as much of it as I can because it’s a really vulnerable thing to hear what everyone has to say. It kind of messes with my mind a little bit.”

This isn’t Harper’s first taste of the internet’s insatiable thirst for him — his famously shirtless scene on The Good Place let the world know that he is, in fact, jacked — but starring in his own season of HBO Max’s rom-com anthology series is a step forward in Harper’s career as a romantic leading man. After a debut season followed the ups and downs of Anna Kendrick’s character Darby’s search for love, she’s passed the baton in Season 2 to Harper’s Marcus, a newly divorced book editor navigating the dating scene. The change of leads takes the show in a refreshing new direction, as Marcus juggles hookups with his own internal and external battles with Black masculinity.

Sitting in a hotel armchair surrounded by the remains of his breakfast, Harper’s cross-armed pose is reminiscent of Marcus, who at one point in the series refers to himself as a “complicated soft” hero. Unlike the suave romantic examples of Blair Underwood, Eddie Murphy, or Idris Elba before him, Harper makes Marcus’ appeal intrinsic to the honest acceptance of his awkwardness. “[There are] some people that can really pull off smooth and suave very effectively. I think with me, it would look like I'm putting something on. And so I just want it to be truthful,” the Emmy nominee says.

“There [are] a lot of ways in which Marcus is very close to me in that he's a little bit bumbling, but he's not a stereotypical nerd or anything like that. He's just sort of out there with what he is,” Harper shrugs with an audible smile behind his black cloth mask. “And I think that person sometimes does get the date.” It’s an important distinction that helps ground the show and its characters in reality, in addition to making everything more hopeful. If Marcus can learn how to love again, maybe so can we.

“I do like the idea of contributing to the catalog of characters that feel a little bit more like a person you would just meet, rather than someone who comes and sweeps you off your feet by giving you this cinematic idea of romance,” he continues. “I want to be a person who helps to broaden some of those ideas a little bit, of what you can be and still be worthy of the attention of whomever you're seeking the attention from.”

As much as the show is about love, it’s also — as its title suggests — about life; specifically, Marcus’ dissatisfaction with his professional life. After trying his best to get more authors of color published, all while being stuck working with white social media stars who are writing books for people who don’t actually read, Marcus’ frustration with being dismissed by his boss comes to a head at the height of the “racial reckoning” of summer 2020 in a climactic scene. It was a moment Harper related to.

“[That scene] was hugely cathartic. Marcus had had a history at that place of people just not taking the authors that he loved seriously enough for his taste,” he says. “And I feel like a lot of people in the last year and a half — a lot of white people — have had a moment where they probably realized that there were ways in which they looked at Blackness as being less than in some way and then [tried] to rectify it real fast.” Everything from posting black squares on Instagram to ordering books about race and social justice from Black-owned bookstores came across as empty gestures.

“I think a lot of Black folks saw through that happening and were just like, ‘No, no, no, no, no. I'm glad that you see it now, but you can't just fix it all right now and make some statements and do some organizational shifting and be like, OK, we're in the clear. I don't want for you to feel like these gestures here on the tail end all of these tragedies make it OK,’” Harper says. “’Cause we still got a long way to go, you know?”

Love Life is nuanced in its acknowledgment of the way Marcus’ life is affected simply by him being a Black man moving through the world; he constantly feels the pinch of having his Blackness monitored as being too much or too little. He, like Harper, has to deal with the conflicted emotions that come when he is referred to as safe and nonthreatening. What exactly does that mean?

“Personally, it hurts my feelings when people say, ‘Oh, man, he wasn't really Black,’” Harper admits, wrapping his arms around himself. “That's one of those things that people can say that actually really hurts. There's only one club I'm a member of and it's this one, and I'm really proud of it. So when it's called into question, it stings more than pretty much anything else.”

Both Black and white people question Marcus’ Blackness in different ways, but for Harper, one group has more power to create discomfort by attempting to test his authenticity. “Well, I think when white people say it, it just gets on my nerves, like a mosquito buzzing around. But when a Black person says that… there's a sort of credence I give Black people automatically when it comes to certain things that I take it to heart more,” he says. “And so it hurts, but it also causes some introspection where I'm like, ‘What am I doing, where does it appear that I'm making certain concessions in order to [appeal to] white people?’ I don't want to be doing that. You know, I want to be me. I'm a largely inoffensive person, but I don't want to ever look or feel like I'm catering to white people in any way.”

Harper is open about the similarities between him and his character, though he acknowledges that Marcus has a much messier love life than he does (Harper has been with his partner, fellow actor Ali Ahn, for nearly 10 years). The six pack, though, is all his — but still, he’s honest about how exposed he feels showing his body onscreen. “I've never been the guy that is jacked, like check me out,” he says. “In middle school, high school, college, anytime I took my shirt off, I got laughed at... so it stays with you. I'm still nervous about it.”

Exercise is a form of stress relief and mental self-care for him, and he admits he feels more confident in himself when he’s fit. That confidence helps him perform better at auditions and during shooting. He can’t tell if it’s the working out or the confidence that exercise has given him, but it’s changed the kinds of roles he gets offered.