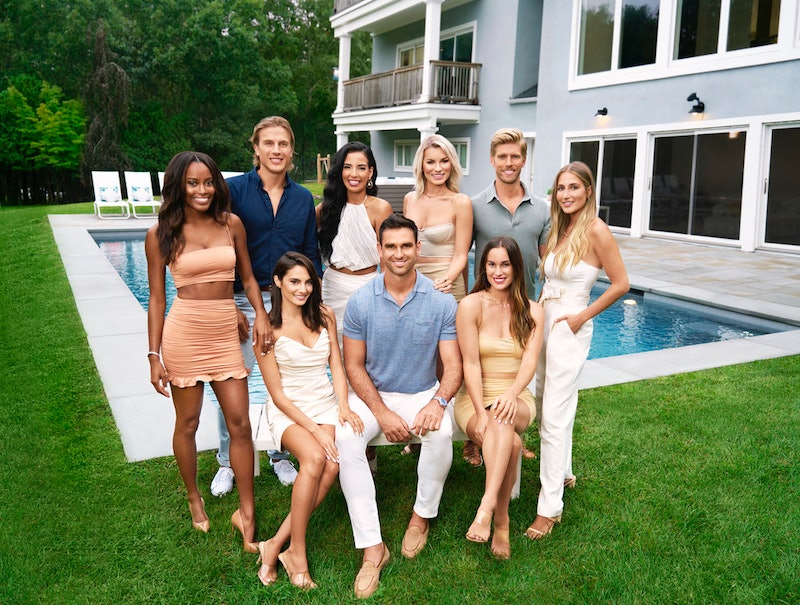 Just as The Avengers featured an epic lineup of superheroes from across the Marvel Cinematic Universe, a new Bravo series is poised to reunite some of the network's best and tipsiest. People reports that the casts of Summer House and Southern Charm are merging for a Winter House spinoff, which will feature players from both fan-favorite franchises and place them all in a lodge in Stowe, Vermont.

An official cast list is TBD, but the seven rumored cast members bring a mix of Charleston charm and Hamptons heat. Winter House will reportedly star Summer House's Kyle Cooke, Amanda Batula, Lindsay Hubbard, Paige DeSorbo, and Ciara Miller (who joined the cast in its most recent season). They'll be joined by Southern Charm's resident bachelors, Craig Conover and Austen Kroll. (No word on whether SC's Madison LeCroy, rumored ex of Jay Cutler, will be joining the spinoff.) As with Season 5 of Summer House, all of the co-stars will be secluded together for the entirety of production, required to quarantine for two weeks, and subjected to several COVID-19 tests.

While the new series is a surprise to most, Bravo's Andy Cohen teased a potential crossover on last night's episode of Watch What Happens Live!. During a spirited game of "Bravo or Hell No!" with Batula and Cooke, Cohen asked the engaged couple whether "Craig and Austen should join the Summer House next year." Cooke responded, "Hell yeah!" with Batula adding, "Come one, come all." Cohen, who hosts cast reunions for both series, coyly agreed, saying that he "would love it."

This is far from the first time the cast of Summer House has mingled with members of Southern Charm. In Season 4, Kroll, Conover, and Shep Rose stopped by the Hamptons for Cooke's frat house-themed 37th birthday party. (Let that sentence sink in, if you will.) During their cameo, Kroll and Summer House's Hannah Berner briefly flirted, while Rose played drinking games alongside Cooke and Carl Radke. (For his part, Conover later revealed that he hooked up with Jules Daoud, a new addition to the Summer House in Season 4.)

Prior to this, members of the Vanderpump Rules gang bunked at the Hamptons home in Season 3. As true Bravo fans remember, things didn't go as smoothly during that crossover. Namely, Cooke had one too many servings of Loverboy (his sparkling hard tea with Radke and Batula) and called Stassi Schroeder's high-neck one-piece swimsuit a "turtleneck," which made her resemble "Steve Jobs."

Perhaps the more permanent union of Summer House and Southern Charm will be a match made in reality TV heaven, though an official release date for Winter House has yet to be revealed. The seventh season of Southern Charm recently concluded at the beginning of February, and Season 5 of Summer House is currently airing on Bravo. This news calls for a marathon of both.