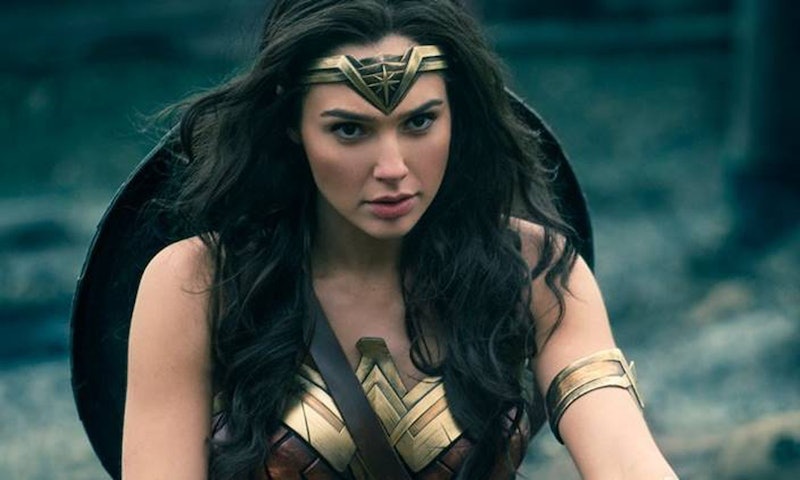 Holiday movie nights just got a lot more Wonder-ful. After Wonder Woman 1984's release date was moved multiple times due to the ongoing coronavirus pandemic, The Hollywood Reporter confirmed that the film will now premiere on HBO Max on Dec. 25 and will be available to stream for one month. The film was originally slated for a June 5 release, but because of international lockdowns to prevent the spread of COVID-19, it was pushed to mid-August and then Christmas.

While director Patty Jenkins has been vocal about her desire for fans to see Wonder Woman 1984 in theaters, she explained in a statement on Twitter that she and Warner Bros. ultimately decided it was more important for fans to see the movie in whatever way they can. "At some point you have to choose to share any love and joy you have to give, over everything else," Jenkins said, according to THR. "We love our movie as we love our fans, so we truly hope that our film brings a little bit of joy and reprieve to all of you this holiday season."

Jenkins asked that fans watch WW84 in theaters where it is safe, and from home where it is not; star Gal Gadot echoed those sentiments in a statement of her own. "It wasn't an easy decision and we never thought we'd have to hold on to the release for such a long time but COVID rocked all of our worlds," she wrote on Twitter. "We feel the movie has never been so relevant and we hope that it'll bring some joy, hope and love to your hearts."

WW84 will pick up six decades after the first film, taking place during the "beauty and turmoil" of 1984 at the end of the Cold War, as Jenkins explained in a Vanity Fair interview. This time around, Diana (Gadot) has settled into the human world and is working to protect people from two new villains: corrupt businessman Max Lord (Pedro Pascal) and Barbara Minerva, aka Cheetah (Kristen Wiig), one of Wonder Woman's most infamous nemeses. "We don't pick up the story where we left it last, because it was 66 years ago," Gadot told Total Film in June. "So she's been living for over six decades by herself, in man's world, serving mankind and doing good. And this story is a story of its own."

Amidst all of the changes, one thing will remain the same — WW84 will reunite Diana with Steve Trevor (Chris Pine), who was presumed dead after his plane exploded at the end of the first Wonder Woman film. According to Gadot, Steve's mysterious reappearance helps connect the two stories: "I mean, the only thing that we share in both stories is probably, you know, the fact that it's Diana Prince and also Steve Trevor."

"But other than that, it's a whole new world, and the era is different, and Diana is different, and the story is new," Gadot continued, adding that Diana's character has grown so much and will be far less naive in the sequel. "She's been around. She's wiser. She's more mature. We meet a very much evolved character in this one," she said.