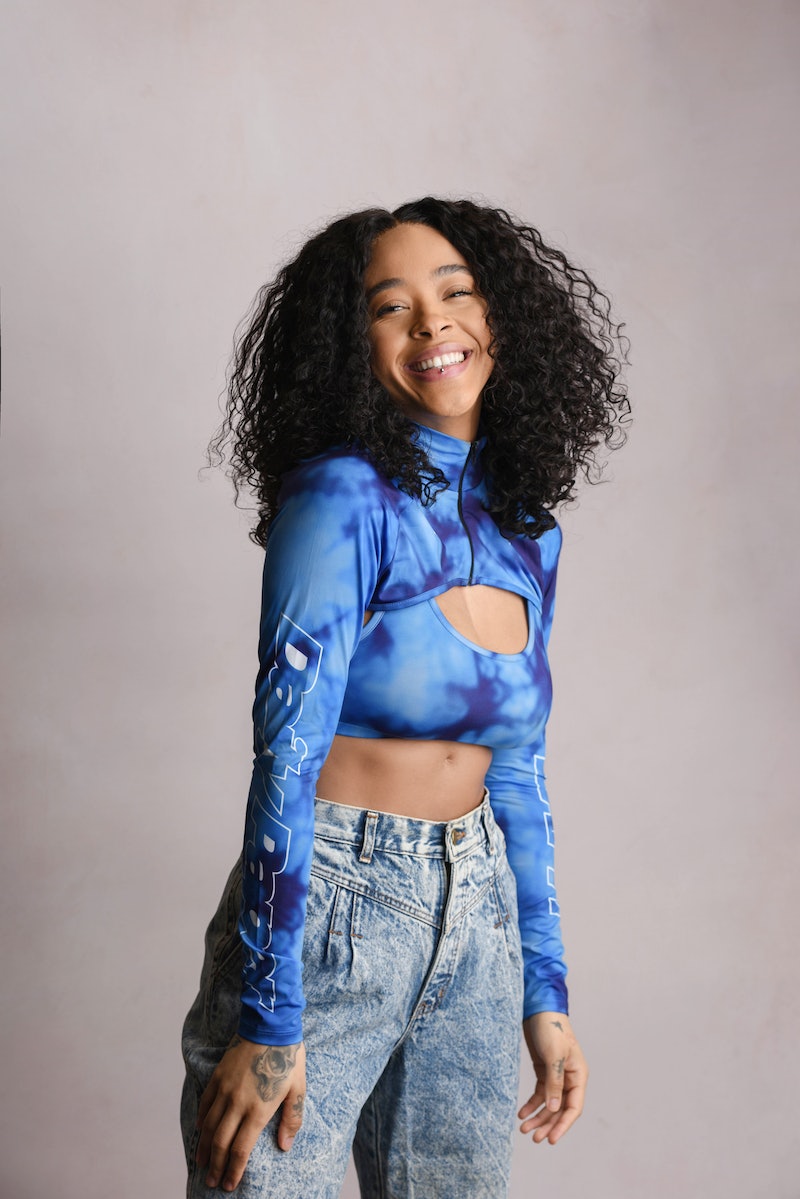 Yinka Bokinni admits that she’s not the usual face of true crime content. “People think I’m about 12 and are like, ‘Why is she investigating a murder?’” And yet the broadcaster (whose real age is 31) is set to front a new era of true crime coverage for Channel 4 this autumn – babyface and all. Bokinni will be presenting a new digital series for the network, True Crime Unravelled, and a documentary called The Kill List, which will take her to the U.S. to investigate the secret world of online hitmen.

It’s a thrilling challenge for the avid true crime fan. The digital series will see her collaborate with female criminologists and challenge the notion that only men can front the genre, despite its popularity among women. “The majority of people who teach criminology are women but, when you turn on the TV, they’re all men,” she says, rolling her eyes. “They give the jobs to Piers Morgan and old police guys in brown suits.”

While Bokinni is best known for co-hosting the light-hearted Capital Xtra Breakfast Show with Shayna Marie Birch-Campbell and interviewing celebrities on “shiny” television formats, the presenter tells me that her true passion is investigating.

“The majority of people who teach criminology are women but, when you turn on the TV, they’re all men. They give the jobs to Piers Morgan and old police guys in brown suits.”

Last year, the London native made her first major leap in mainstream investigations with her critically acclaimed Channel 4 documentary Damilola: The Boy Next Door. The powerful and heart-wrenching film marked 20 years since the death of Damilola Taylor, a 10-year-old boy who was murdered near his home in Peckham.

Though many will recognise Taylor from his smiling school photograph – an image that frequented the front pages in the months following his death – for Bokinni, he was a neighbour and friend.

“Because it was such a personal story, it wasn’t something I took lightly,” Bokinni says, revealing she almost didn’t go ahead with the film. “I wrestled with the amazing feeling that people enjoyed something that I made and that the only reason I got to make it was because my friend was murdered.”

The broadcaster, who also hosts her own true crime YouTube series, says the documentary made her evaluate her approach to both making and consuming this kind of content.

“I wrestled with the amazing feeling that people enjoyed something that I made and that the only reason I got to make it was because my friend was murdered.”

The global success of true crime relies on viewers’ morbid fascination with murder and is often blamed for desensitising audiences to the real-life horrors of heinous crimes. Acknowledging this, Bokinni says she refuses to glamourise the killer in any way and ensures she “shows respect” to the life and stories of the victims.

“I really detest glorifying the killer, which a lot of true crime content do. It’s like you’ve got the ‘Cleveland Strangler’ Ted Bundy, ‘The Slasher’, and all of these monikers and, actually, there were real people killed, they killed people,” she explains. “A lot of people can’t even remember the name of Oscar Pistorius girlfriend and her name was Reeva Steenkamp. A woman named Reeva was murdered.”

In 2021, documentaries, Youtube videos, and TikToks about crime and murder are everywhere, and true crime is currently ranked as one of the most popular genres in podcasts. Back in April, Adweek revealed that crime shows are becoming a staple in Netflix’s output, with documentaries such as Why Did You Kill Me? regularly sitting in its top 10 lists.

“I really detest glorifying the killer ... there were real people killed, they killed people.”

Channel 4’s new true crime platform appears to be a response to the genre’s popularity. Despite the dark themes, Bokinni understands why true crime is so appealing. She believes viewers are attempting to seek explanations to the darkest parts of human nature – a theory backed by psychologists.

“I’m always shocked [by the stories]. I’m not a violent person. I’m very chatty and rarely get angry” Bokinni shares. “So to think that someone loses their temper and then sustains that ... we know that the average killer isn’t a gangster, hitmen, or a serial killer but the day-to-day person and this flabbergasts me.”

The broadcaster reiterates that she approaches true crime films as a “person who cares” and balances her intrigue for crime investigations with her day job, which is to make people laugh.

“Hopefully [through these new projects], the viewers on Channel 4 get to know me a bit better [beyond] the person who is always joking around and blurts out inappropriate things,” she laughs, adding “there’s light and shade to everyone’s personality.”