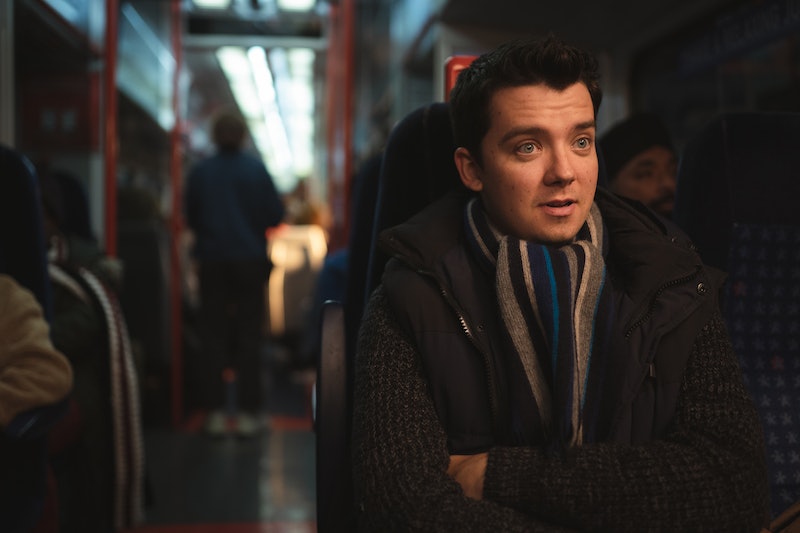 It’s official: Christmas film season is finally upon us. As well as old classics like Love Actually and The Holiday, we also have some new festive films to dive into. Amazon Prime’s latest offering, Your Christmas Or Mine sees Sex Education’s Asa Butterfield take on the leading role in this wholesome family swap comedy where a couple find themselves in each other’s families for the Christmas holidays. And you may also spot some other familiar faces (or two) in the upcoming comedy. And so, here’s everything you need to know about Your Christmas Or Mine.

Your Christmas Or Mine Plot

Your Christmas Or Mine follows a loved-up student couple, Hayley Taylor and James Hughes, as they head home for the Christmas holidays. But the pair are from two completely different families and Hughes is concerned about being bored back in his small village, meanwhile, Taylor is unlikely to get any sense of peace back in her family household.

The couple soon realise how much they’ll miss each other and, therefore, in the hope of giving the best possible Christmas gift, they both decide to surprise each other by showing up at each other's family homes for Christmas. But as you’d expect, chaos ensues. With both of them having the thoughtful idea, their plans backfire. And with the heaviest snowfall in years, they are trapped at each others’ family home, forcing them to spend Christmas with the other’s family without their partner. This leads the couple to discover each other's deepest secrets but with these revelations, will their relationship survive?

Your Christmas Or Mine Cast

Asa Butterfield stars as Hughes with his other half, Taylor, being played by newcomer Cora Kirk (Prey For The Devil). You can also expect to see The Crown’s Alex Jennings and This Is Going To Hurt’s Harriet Walter as they portray the Hughes parents. And in the other household, the Taylor parents will be played by Daniel Mays (Code 404, Des) and Angela Griffin (Waterloo Road, The Suspect).

Other actors in the film also include David Bradley (Doctor Who), Natalie Gumede (Titans), Lucien Laviscount (Emily In Paris), and Ram John Holder (Death In Paradise).

Your Christmas Or Mine Trailer & Release Date

The release date for the festive film is December 2 on Amazon Prime Video. But, the official trailer of Your Christmas Or Mine has already been released and the three-minute clip really gives off festive feels. It starts with the young couple embracing each other before their plans to surprise each other take a turn. The trailer hints at eventful happenings, from indoor hot tubs to royal heritage findings.

More like this
Everything To Know About The 'Daisy Jones & The Six' TV Series
By Maxine Harrison and Brad Witter
A New Netflix Doc Will Explore The Unsolved Murder Of Jill Dando
By Sam Ramsden
Rupert Grint Just Shared A *Major* Update About Ron Weasley’s Future
By El Hunt
Your Guide To Watching 'Everything Everywhere All At Once' In The UK
By El Hunt and Sophie McEvoy
Get The Very Best Of Bustle/UK
Sign up for Bustle UK's twice-weekly newsletter, featuring the latest must-watch TV, moving personal stories, and expert advice on the hottest viral buys.