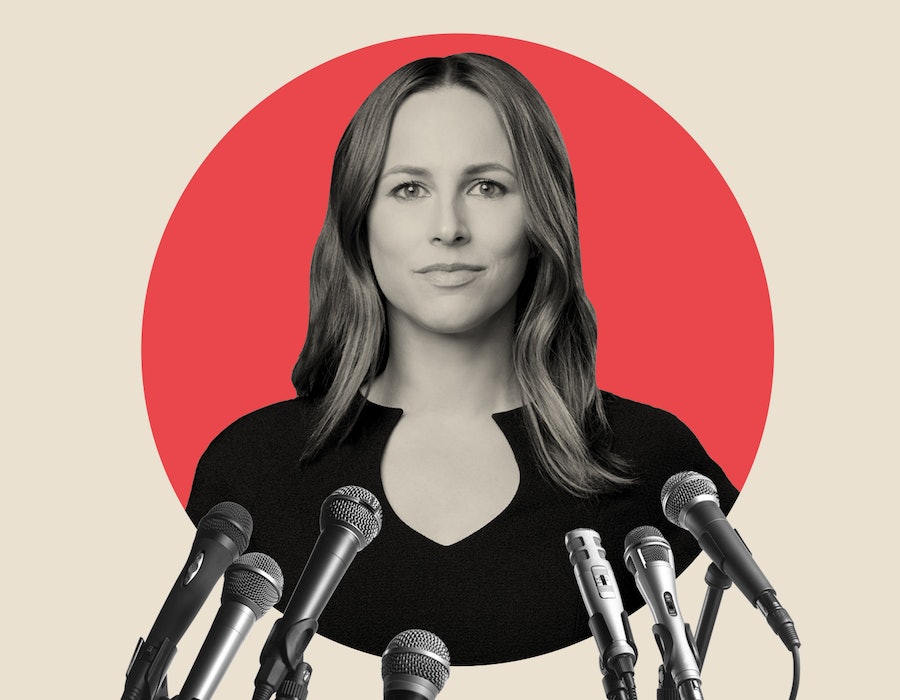 In Bustle’s Quick Question, we ask women leaders all about advice — from the best guidance they’ve ever gotten to what they’re still figuring out. Here, journalist Alicia Menendez tells Bustle about how transparency has guided her career.

Despite describing herself as “mid-career,” one look at journalist Alicia Menendez’s résumé shows an abundance of noteworthy gigs since her time as a Bustle contributing editor back in 2019. You might know the 38-year-old as the host and co-founder of the Latina to Latina podcast, which recently hit 1 million downloads, the author of The Likeability Trap, or as the host of MSNBC’s American Voices. Yet, she’s just as eager to talk about her experiences as a beginner — like having technical difficulties during an interview with Sen. Elizabeth Warren and snooping on the Wikipedia pages of people she admires — as she is to speak to her current feats.

“There is so much mystery around how people build careers,” she tells Bustle. “Living an aspirational life comes with some measure of struggle. And if you gloss over that, then you're not being honest about what it takes to be the best at what you do.” Transparency is what’s guided her career, from pulling back the curtain on successful careers on Latina to Latina, to highlighting often-overlooked perspectives as the host of American Voices.

Here, Menendez tells Bustle about how she’s worked to escape the “likeability trap,” learning to filter constructive feedback, and the power of a group chat.

In your book, The Likeability Trap, you talk about the paradox that women leaders face — needing to be seen as a serious professional while also seeming friendly or nice. How have you experienced this in your career?

When women assert ourselves, we’re often dubbed aggressive, angry — which makes it hard to be seen as a likable leader. As an on-air journalist, I’ve run into that while asserting myself in the office and as a public person. There are viewers or listeners who will consume a part of me and believe that’s the totality of who I am, and make snap judgments based on anything from my word to outfit choice. It’s taken a lot of work and discipline to remind myself that I don’t have to internalize every piece of random feedback that comes my way.

I have a small group chat filled with women who are at my same level in different industries. I can go to them with a comment I’ve received and ask, “Hey, does this square with how I show up in the world?" I trust them enough to say, “No, that doesn’t sound like you at all. Pretend you never heard it,” or, “I can see how someone would think that,” which tells me the response is worth evaluating.

You’ve said that in order to free people from the likeability trap, we need to expose the fact that likeability is often a coverup for bias. How do we start that process in our workplaces?

As a manager, it’s thinking about how you deliver feedback. Is what you’re sharing with women and people of color critical, subjective feedback? Is it based on your perception of how they lead, or is it based on their hard skills? Things like 360 reviews help, too — meaning, you should be reviewed by multiple people who are familiar with your work.

The workplace is also one of those places where allyship really matters. One thing I've heard from women of color, particularly Black women, is that so often when they identify a problem at work, they become a problem at work. One of the biggest ways to prevent this biased perception from happening is to not allow the responsibility of speaking up to exclusively fall on women of color — and to stand in solidarity when they raise issues.

Is there something you’ve learned from working on Latina to Latina that you wish you’d known earlier in your career?

Juleyka Lantigua, my co-executive producer, once said to me, "You should produce this as though you own it." Transitioning from being a producer to being an owner helped me understand that, given the nature of what I do, I was going to be locked in a game of musical chairs for the rest of my career unless I started to bring my own chair to the game. For me, that’s what Latina to Latina is.

From our guests, I’ve learned that everyone gives up something. Hearing that no matter the path you choose, there is going to be some form of trade-off, has absolved me of this idea that there is a perfect path for anyone.

How do you prepare before a big interview?

Preparation is everything. If they've written a book, I read it. If they’ve starred in a film, I watch it. I’m very diligent about reading or watching every interview someone has done. That way, I can anticipate not only my questions, but what their response is going to be, and how I can advance the conversation.

The other piece that’s more widely applicable is asking for all the information I need. That way, when I run through the interview in my mind the night before, that can match what’s going to happen. That’s what prepares me to perform the way I want to and be able to accommodate change as it happens. A big point of growth for me in the last few years was to learn how to assert what I need, so that I can be my best self and do the best job possible.

Lastly, how do you turn your brain off at the end of the day?

This brain does not turn off. If you find the secret to how to do that, please let me know. With child care available, I work out just about every day. That’s my time where my phone is not in my hands and where I have to focus or risk physical endangerment. As someone who was deeply inside my own head, motherhood has externalized me more than anything else. I am never more present than when I am with my kids. Being with my kids is the closest I get to being myself without all of the noise.