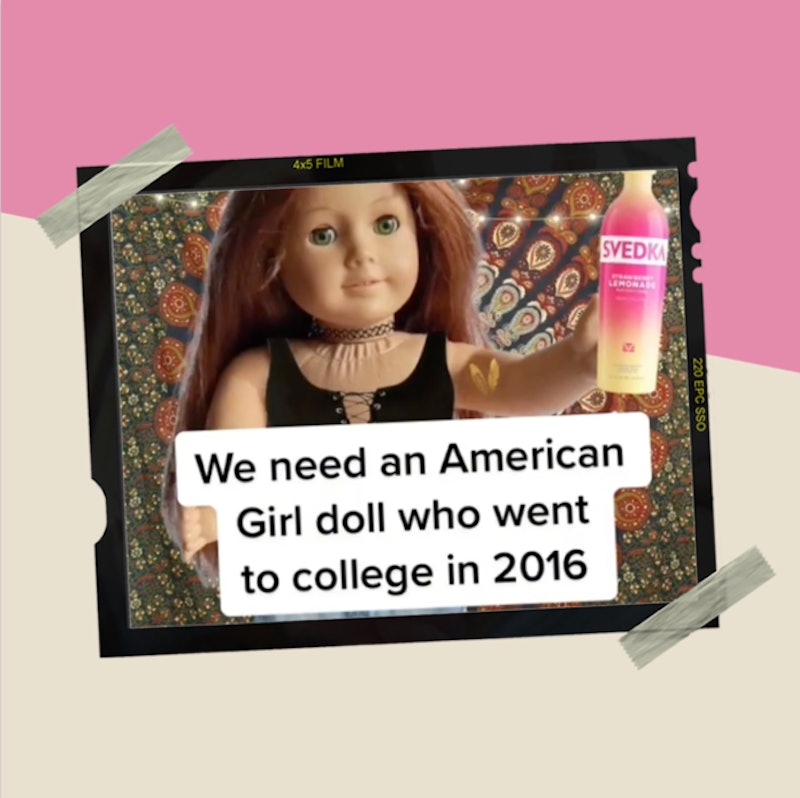 You might have been holding onto your old American Girl dolls in the hopes that you can cash out on them as “vintage collectors’ items” like your prized old Beanie Babies. But snapping a pic of them with the right caption can also help you strike meme gold. The golden age of American Girl doll memes is finally upon us.

As drastic changes in the course of American history occur in real time, the American Girl meme has gained a newfound resonance. Whether you’re ready to use a headshot of American Revolution-era Felicity Merriman to channel your anger for good, or just need some humor to cope with the reality of being an IRL American Girl, here’s everything you need to know about the viral American Girl doll meme.

At first, the trend mostly highlighted the lack of American Girl dolls present for historical events like the Great Molasses Flood of 1919 or the Triangle Shirtwaist Factory fire.

On TikTok, users created their own riffs. User @inbloombyemily began posting extremely millennial American Girl doll memes in late June. This TikTok, which has over 160 thousand likes, captures the essence of what it was like to go to college in 2016, down to the soundtrack of “Panda” by Desiigner.

Soon, the internet was overrun with memes about what American Girl doll characters would think about the Supreme Court’s decision.

The meme even made its way onto signs at various protests against the overturning of Roe v. Wade. “We need an American Girl doll who dissents,” read one in a post from @hellicity_merriman.