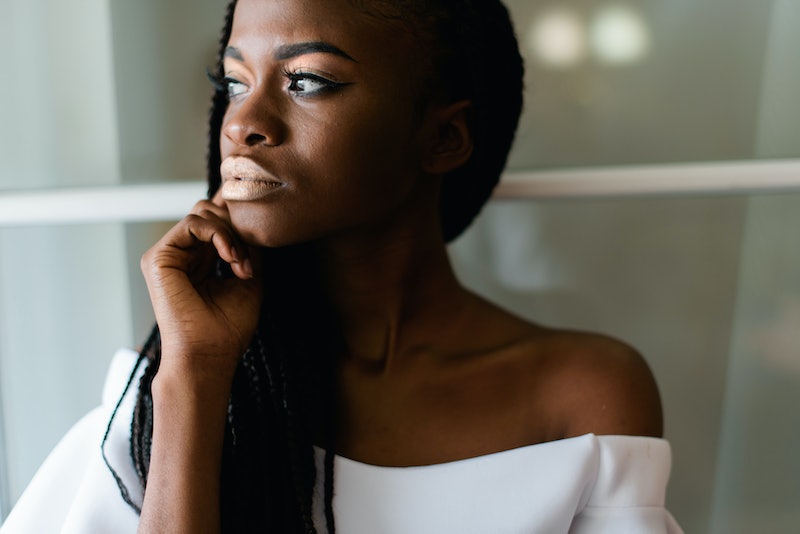 When should you start having regular breast cancer screenings? According to the U.S. Preventative Services Risk Task Force, mammograms are recommended once every two years from the age of 50, for women who don't have previous histories of breast issues or cancer in their family history. But a new study from doctors at Massachusetts General Hospital published in JAMA Surgery has shown that these breast cancer screening guidelines may be far too general — and may not be accounting for women of color's health needs.

The problem? The doctors believe, as they say in the study, that the current guidelines were formulated from looking at the diseases of white women, and are "inappropriately extrapolating data from largely white populations for use in racially diverse populations." And their numbers certainly seem to bear them out. They looked at women between the age of 40 and 75 who'd been diagnosed with malignant breast cancer between 1973 and 2010 — 747,763 American women — to see when their cancers developed and whether a screening age of 50 was actually a good idea.

The answer is that for white women, that's fine — but for Hispanic, Asian and African-American women, it isn't. The average age of breast cancer diagnosis for white women in the period the doctors studied was 59 years old, while for Asian and Black women it was 56, and for Hispanic women it was 55. And the issue didn't stop there: 31 percent of Black women, 32.8 percent of Asian women and 34.9 percent of Hispanic women were diagnosed before the age of 50, compared to 23.6 percent of white women. In other words, this study found that women of color are more likely to experience breast cancer early, and waiting to get regular mammograms until they hit 50 exposes them to a higher risk of undiagnosed cancer and lower survival rates.

In a press release, co-author Dr. David Chang explained, "The situation with breast cancer is one of the best examples of how science done without regard to racial differences can produce guidelines that would be ultimately harmful to minority patients." And these findings join a big conversation about why women of color seem to suffer from breast cancer in different, and often more lethal, ways than white women.

But another key to the puzzle is that women of color are often diagnosed with breast cancer comparatively late, and that hurts their treatment chances. According to research scientists from Georgia State University in 2018, 47 percent of Black breast cancer patients begin treatment after their cancer has already spread from their breasts to their lymph nodes, which is much harder to cure. That's compared to 37 percent of white women. You've got to wonder: if those women were screened earlier, would they have received treatment earlier and had a better chance of survival?

"Right now, we know that African Americans have a higher risk of dying from breast cancer, but we don’t know whether that’s due to differences in biology or due to differences in their access to high-quality health care," Sue Curry, a Chairperson of the Preventative Risk Task Force, tells Bustle in response to these findings. "For years, the Task Force has been calling for more research to help us understand whether screening African-American women earlier or more often would result in a greater overall benefit. Until that research is available, we know that mammograms can help women in their 40s reduce their risk of dying from breast cancer, and we recommend that African-American women in that age range talk with their doctor about whether they might benefit from breast cancer screening."

It's not clear if anybody's going to be changing the mammogram guidelines any time soon. But this research is an important step to understanding the discrepancies that affect women when it comes to their health care.

This article was originally published on March 17, 2018