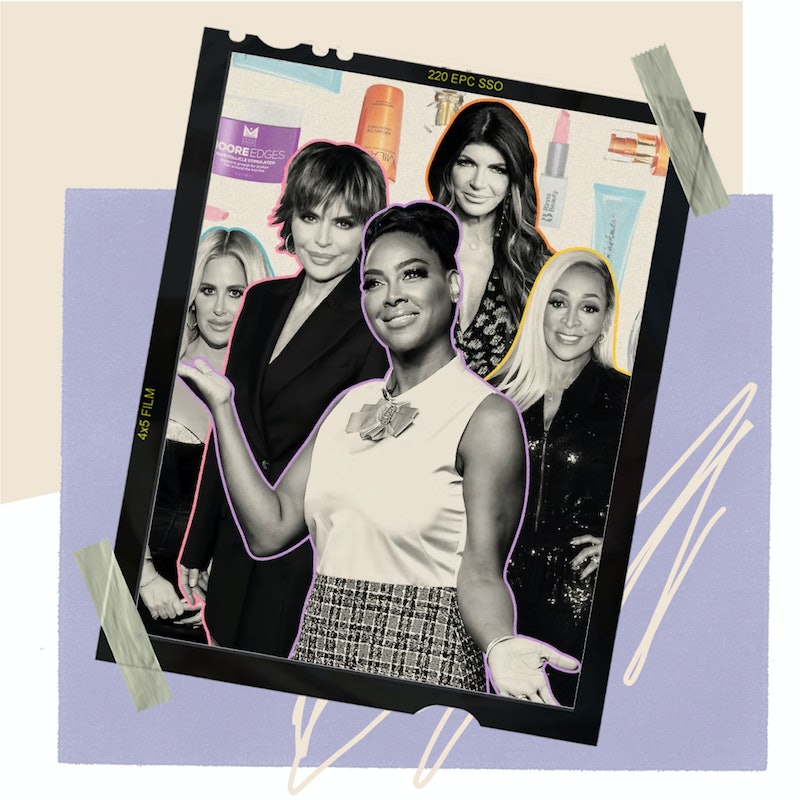 A version of this content appeared in Bustle’s daily newsletter on November 30, 2022. If you like what you see, sign up to receive it in your inbox right here.

A Definitive Guide To All 52 Real Housewives Beauty Brands

Whether you’re a veteran fan, just dipping your toes into the show, or are simply Very Online and therefore completely fluent in Housewives memes, there’s no mistaking the cultural impact of the long-running Bravo franchise. But aside from providing nonstop entertainment (and endless viral TikTok sounds), the cast is also notorious for flexing their entrepreneurial skills via lifestyle and beauty brands. Read More

“Blue eyeshadow trends every 20 to 30 years. It was popular in the ’60s when it was this powdery wash of pale blue. Baby blue eyeshadow made a comeback in the late ’90s and early 2000s, [and] this time it was super frosted, super metallic, and really pale,” says Hannah Rosie Bennett, a makeup artist and BeautyTok creator. Naturally, it was time for a renaissance, and this modern update is trendy but still super wearable. Read More

The 10 Best Winter Walking Shoes For Snow, Rain & Everything In Between

Whether you have a dog who needs to go outside multiple times a day, love taking a little lunchtime stroll, or simply use walking as a means of transportation, the best thing you can do for yourself this winter is invest in some quality footwear. Read More

With a leading role in Wednesday, a Netflix limited series centered around the eldest Addams Family sister, she is among a handful of illustrious actors who have portrayed the beloved character (shoutout to Christina Ricci). And while she has her feet firmly planted in the world of film and television, she admits that she’s still figuring it out when it comes to her self-care and wellness routines. Read More

In The White Lotus, Leo Woodall Gets His Moment

Leo Woodall was in quarantine in a Portugal hotel room when his dad told him to watch a show called The White Lotus. “He said it was amazing,” Woodall tells Bustle. “But I was unaware that there was an audition for Season 2 already in my inbox.” The London-based actor, 26, thought that had to mean something, so he sent an audition tape to White Lotus creator Mike White’s team. Read More

This morning is all about mixed messages. Read More

Get all this (plus more) in your inbox — subscribe to the Bustle daily newsletter.

More like this
Kim K, Oprah, & Jennifer Lopez Celebrated 25 Years Of Anastasia Beverly Hills
By Olivia Rose Rushing
Pamela Anderson's Most Iconic Makeup & Hairstyle Moments
By Olivia Rose Rushing
The Best Beauty Looks Spotted At Paris Couture Week 2023
By Audrey Noble
15 Modernized '60s Makeup Looks & Hairstyles That Feel Wonderfully Retro
By Olivia Rose Rushing
Get Even More From Bustle — Sign Up For The Newsletter
From hair trends to relationship advice, our daily newsletter has everything you need to sound like a person who’s on TikTok, even if you aren’t.