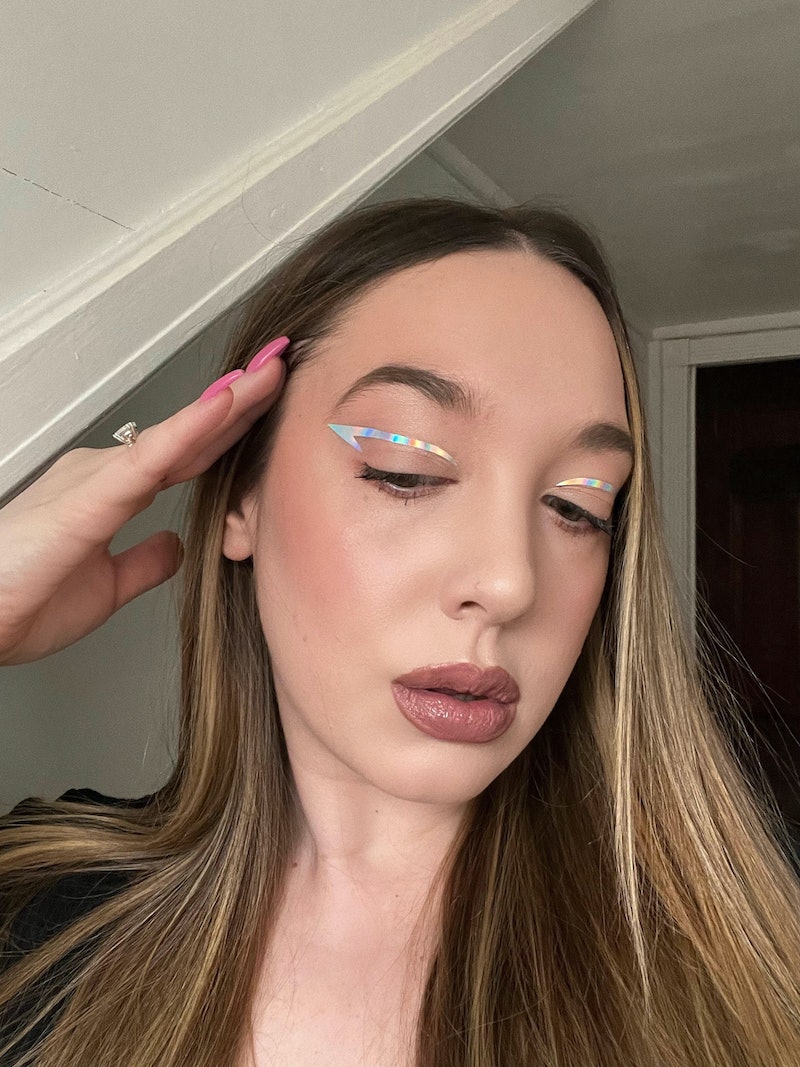 A version of this content appeared in Bustle’s daily newsletter on March 31, 2022. If you like what you see, sign up to receive it in your inbox right here.

At 14, Rose Matafeo Got Kicked Off A Franz Ferdinand Forum For Thirsty Comments

When she was a teen, the Starstruck creator, writer, and star merely had a crush on Franz Ferdinand. More than a decade later, she’d meet him in person and develop a friendship after joking about her teenage obsession with him in her standup show, Horndog. He’d even attend her 30th birthday party. It’s the kind of coincidental brush with fame that would be right at home in an episode of Matafeo’s screwball comedy Starstruck, a “reverse Notting Hill” in which aimless 20-something Jessie (Matafeo) has a one-night stand with Tom (Nikesh Patel) only to realize the morning after that he’s actually a semi-famous actor. “If I could talk to my 14-year-old self and say that would happen one day, [she] would just go, ‘You are an absolute nutcase,’” Matafeo tells Bustle. Read More

I Tried Eyeliner Stickers, & They Gave Me Instant Euphoria Eyes

Even as a loyalist to all things minimal and naturally soft glam, Bustle writer Olivia Rose Ferreiro also happens to be a massive Euphoria stan who occasionally wants to experiment with epic, statement-making eye looks that give off those iconic Maddy Perez vibes. That being said, it’s not all that easy to create perfectly mirrored eye art — so she opted to explore the world of eyeliner stickers. Just in time for those carefree summer nights out and the release of much-anticipated festival lineups, here’s the real tea on the trendy makeup accessories. Read More

Angelea Preston Is Ready To Talk About Her ‘ANTM’ DisqualificationAfter producers learned that she’d briefly worked as an escort, her title as America’s Next Top Model — and all the prizes that came with it — were taken away. In the finale that aired on television, host Tyra Banks and her fellow judges informed viewers that Preston had been disqualified under “unusual circumstances.” “When you Google my name, the words ‘disqualified’ or ‘escort’ pop up,” she says. “It annoys me sometimes. This one moment has been following me for a decade, and people really want to know what happened.” Now, she’s writing a memoir. Read More

Written for A24’s companion book to Everything Everywhere All at Once, a new short story from the acclaimed author of The Collected Schizophrenias begins with the words “It was only broken in two places,” in a nod to the many-worlds hypothesis. Read More

The 11 Best Cuticle Oils, According To Amazon Reviewers

To help keep the skin around your nail beds healthy, the best cuticle oils use hydrating plant extracts that penetrate deeply into the skin to relieve dryness. What’s more, not only do these make your nails look and feel healthier, but they can also help your manicure last longer — so it’s a win-win in terms of self-care. Read More

Why Stretching Isn't A Magical Remedy For Muscle Soreness

A good stretch has always been the go-to prescription for sore muscles. But do forward folds and bicep stretches actually do anything? “When the body becomes fatigued, this is when the body is accumulating carbon dioxide faster than it can remove it,” fitness trainer TJ Mentus says. “Keeping blood flow to the muscles post-workout will help to continue to clear out the leftover carbon dioxide remaining.” This is often referred to as “flushing out” your muscles — something stretching can help with. Read More

Turn down the heat. Read More