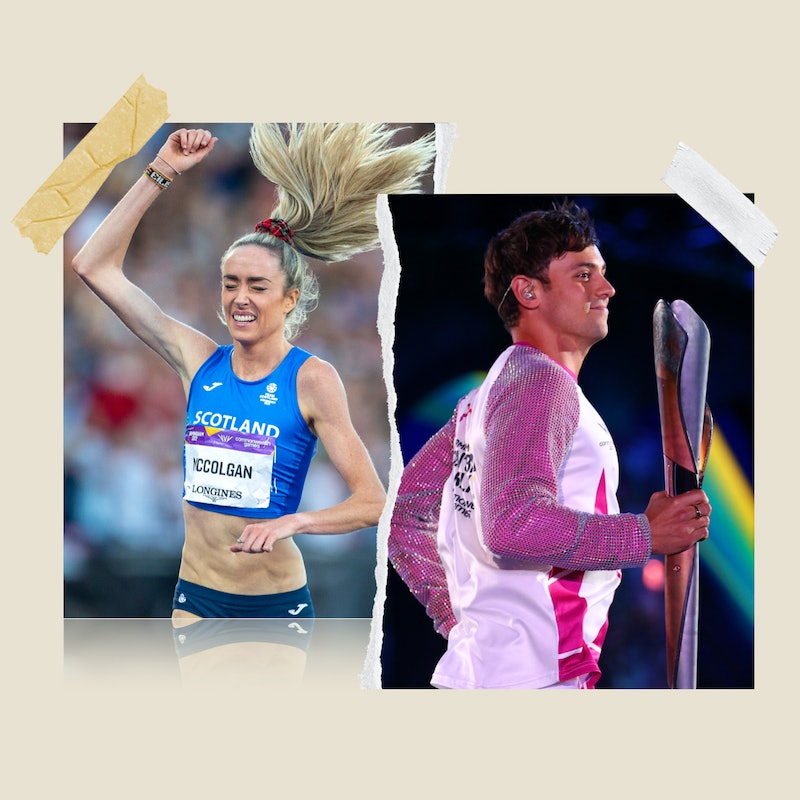 Suffice it to say, the last month has been massive for UK sport. Following the Lionesses winning the Euros 2022 in a historic first, the Commonwealth Games has been dominating in sunny Birmingham. Kicking off on July 28, the multi-sport event has brought together 72 different countries to compete in everything from gymnastics to lawn bowls, and in a major step forward, this international sports extravaganza has hosted both para and non-para games at the same time.

The games will wrap up on August 8 with a celebration of West Midlands culture; with performances from the likes of Wolverhampton's Beverley Knight, Birmingham’s Laura Mvula and Walsall's Jorja Smith. Meanwhile, Rambert Dance will be bringing their musical theatre interpretation of the city’s iconic show Peaky Blinders to Alexander Stadium.

Along the way, this year’s Commonwealth Games has given us nail-biting race finishes, incredible debuts, and touching moments of reflection galore. Below, see some of the stand-out highlights.

“Did you know 35 of the 56 countries involved in the Commonwealth Games still criminalise same-sex relationships and seven have the death penalty?” Tom Daley told The Guardian. The gold-medal winning Olympic diver’s documentary Tom Daley: Illegal to Be Me, is set to air on August 9, and tackles this issue head-on — and though the diver didn’t compete in this year’s games, he appeared at the opening ceremony to highlight the discrimination and inequality faced by LGBTQ+ athletes. As he carried the queen’s baton into the stadium, Daley was flanked by six activists and competitors from countries across the commonwealth, all waving the intersex inclusive Progress Pride flag.

Elsewhere, the stadium hosted a huge opening show that celebrated Birmingham’s rich culture and took a more nuanced look at its difficult relationship with the industrial revolution. Duran Duran, Prince Charles, Ginny Lemon and Lenny Kravitz were among the famous faces who appeared along the way.

A historic first for English Hockey

Playing in front of a home crowd, the England women’s hockey squad held off fierce competition from their old rivals Australia to finally take home the gold medal, after being denied first place by the Aussie side in three previous Commonwealth Finals. As well as supportive messages from the England Lionesses’ squad, the team were also cheered on by chants of “hockey’s coming home” during the tense, tightly-matched game.

Taking part in his very first senior sports championship, and also making his debut at the Commonwealth games, England team gymnast Jake Jarman looks like a huge star in the making. The 20 year old scooped a jaw-dropping four gold medals across artistic gymnastics, and pulled off the incredibly tricky feat of landing the exceedingly tricky Yonekura vault (which includes 3 and a half twists) to bag his fourth and final gold medal for vaulting.

Designed by Emma Lou, a ten-year-old competition winner from Bolton, this year’s Commonwealth mascot Perry the Bull had a busy old time soaring through the air, starting impromptu mosh pits during rain breaks, and dancing like nobody was watching to Olly Murs. And good on him!

In the grand rankings of having a ‘mare.’ taking a wrong turn when you’re moments away from Commonwealth glory surely ranks up there. As Ugandan marathon runner Victor Kiplangat was nearing the end of an epic race, he accidentally went the wrong way during his final kilometre and was forced to turn back, much to the horror of the BBC’s commentators. Luckily, he’d built up a large enough lead to secure the gold medal anyway – what a comeback.

Eilish McGolgan Keeping It In The Family

Cheered on to victory by an electrifying stadium, Scottish athlete Eilish McGolgan put in an incredible final lap to win gold in the 10,000 metres, smashing through the Scottish record set by her own mum Liz McColgan. Adding to the trophy cabinet, she also scooped a silver medal for the 5,000 metres later in the games.

Joe Lycett Tries To Trick Everyone Into Going Clubbing

For the uninitiated, Snobs is one of Birmingham’s most infamous indie club nights — no foot spas or saunas in sight.

During the closing ceremony at Birmingham’s Alexander Stadium, rock legend Ozzy Osbourne made a surprise appearance in front of the 30,000-strong crowd. During his set, the proud Brummie gave a thrilling performance of his hit “Paranoid,” telling the audience, “I love you, Birmingham. It's good to be back!”

More like this
Jack Grealish’s Reaction To England’s New Kit Is The Most British Thing You’ll See Today
By Darshita Goyal
Deliveroo Is Selling Lotus Biscoff Cinnabons Now
By Darshita Goyal
Princess Charlotte Proved She's Wise Beyond Her Years At The Queen's Funeral
By El Hunt
Will Archie & Lilibet Attend The Queen's Funeral?
By Sam Ramsden
Get The Very Best Of Bustle/UK

This article was originally published on Aug. 8, 2022