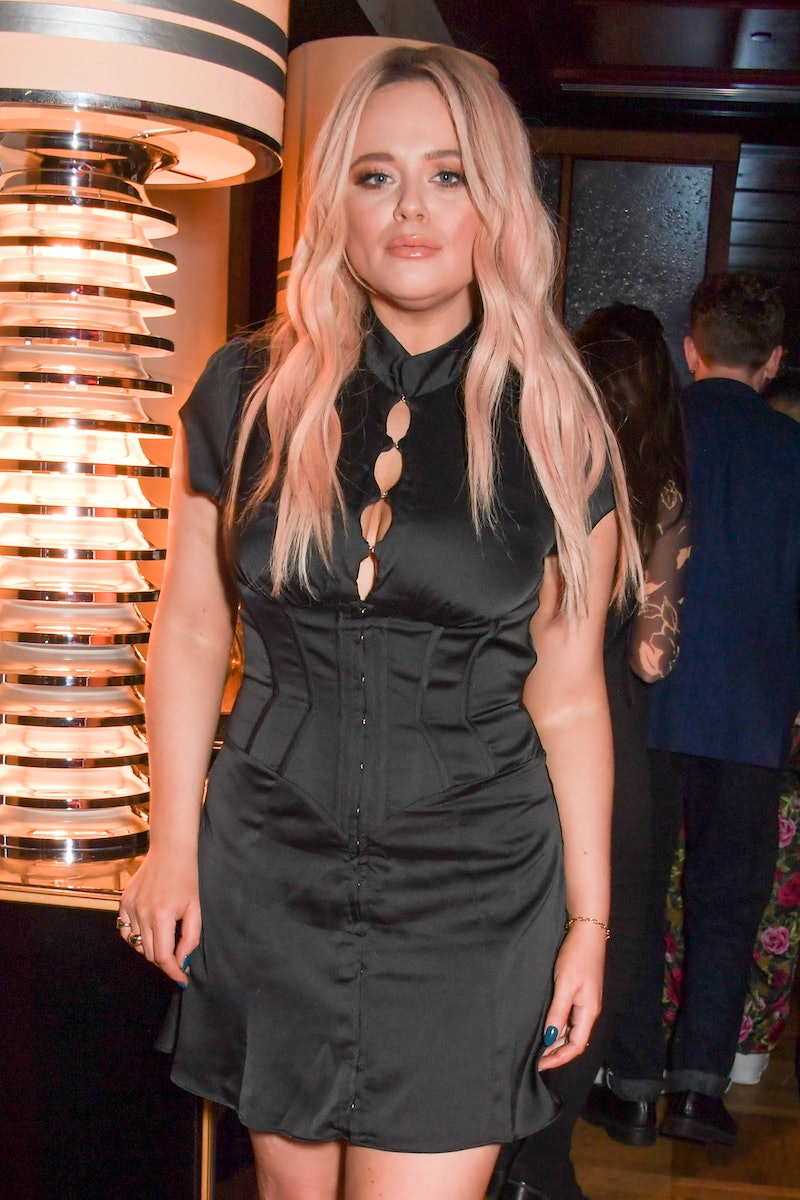 After years of fighting to have online abuse such as cyberflashing included in the Government’s Online Safety Bill, Emily Atack’s campaigning seems to have finally paid off.

In Nov. 2021, The Inbetweeners alum met with MPs in Parliament to share the impact of receiving sexually explicit messages from strangers online. “What fascinates me is that if you walk out in the street and someone flashes you, they will probably be arrested,” Emily wrote in an essay for Grazia. “Yet when you receive a di*k pic you haven’t asked for, let’s face it, an irksome conversation with the police is likely to become a laborious task that will amount to nothing.”

Cyberflashing — sending somebody naked images without consent — wasn’t included in the first draft of the bill. Now, the Government has proposed making it a criminal offence, along with a raft of other additions. Atack isn’t the only recognisable face who has campaigned to improve the Online Safety Bill. In July 2021, former Girls Aloud member Nicola Roberts posted a statement on Twitter explaining that the Department for Digital, Culture, Media & Sport (DCMS) had asked her to support the Online Safety Bill, proposed legislation that the government says will “help safeguard young people and clamp down on racist abuse online.” However, the singer-songwriter, who has received online abuse in the past, said there were too many loopholes for her to advocate for the bill.

The Online Safety Bill has received criticism from both campaigners and government ministers — here’s everything you need to know about it.

What is the Online Safety Bill?

The government first announced that it planned on introducing legislation pertaining to online safety and social media in 2019. The Online Harms White Paper was published in Dec. 2020, promoting the idea that if social media platforms failed to protect their users from harmful content then there would be legal ramifications.

The BBC outlines that the draft Online Safety Bill was published in May 2021. In it, the government wrote that social media platforms and websites where people can share content have a “duty of care” for all users.

The government has proposed that Ofcom will have the power to fine companies up to 10% of their annual global turnover, and block access to sites if they fail to protect their users from harmful content. Harmful content includes posts such as abuse that isn’t classified as criminal, spreading misinformation, and encouraging self-harm.

However, the government has noted that under the new legislation, platforms also need to “protect content defined as ‘democratically important.” This means not discriminating against political viewpoints presented online, whether they come from the left or right.

Speaking about the Online Safety Bill, then-Secretary of State for DCMS Oliver Dowden said: “We will protect children on the internet, crackdown on racist abuse on social media, and through new measures to safeguard our liberties, create a truly democratic digital age.”

New powers will also allow Ofcom to request information from companies, and executives who don’t comply could face up to two years in prison. "Tech firms haven't been held to account when harm, abuse and criminal behaviour have run riot on their platform," said Digital Secretary Nadine Dorries in a Government statement. “We don’t give it a second’s thought when we buckle our seat belts to protect ourselves when driving. Given all the risks online, it’s only sensible we ensure similar basic protections for the digital age. If we fail to act, we risk sacrificing the wellbeing and innocence of countless generations of children to the power of unchecked algorithms.

What’s the criticism of the bill?

The legislation has been met with criticism from both sides: some say that it infringes on people’s freedom of expression, while others have said that it doesn’t go far enough to tackle the problem of online abuse.

Nicola Roberts remarked: “The biggest loophole and inadequacy I found in the efficiency of the bill is that they had failed to combat the problem of someone’s account being taken down only for them to start a new one under a different name... I couldn’t support the bill until something more concrete was developed to tackle that problem.”

Roberts went on to cite the example of the racist abuse England footballer’s have faced online following the Euro 2020 final. “The online racism we have seen since last night’s England game is despicable... Today highlights why the bill really needs more work. Regardless of whether an abusers account is blocked or taken down, perpetrators take the time to make another and start again. It highlights why these loopholes need to be filled and this has to stop!”

Meanwhile, ex-Cabinet Minister David Davis presents the other side of the argument, leading a campaign that believes the bill, which he’s described as a “censor charter,” will give big tech firms too much power in stifling freedom of expression. “Lobby groups will be able to push social networks to take down content they view as not politically correct, even though the content is legal," he said, per the BBC’s report.

This article was originally published on July 13, 2021