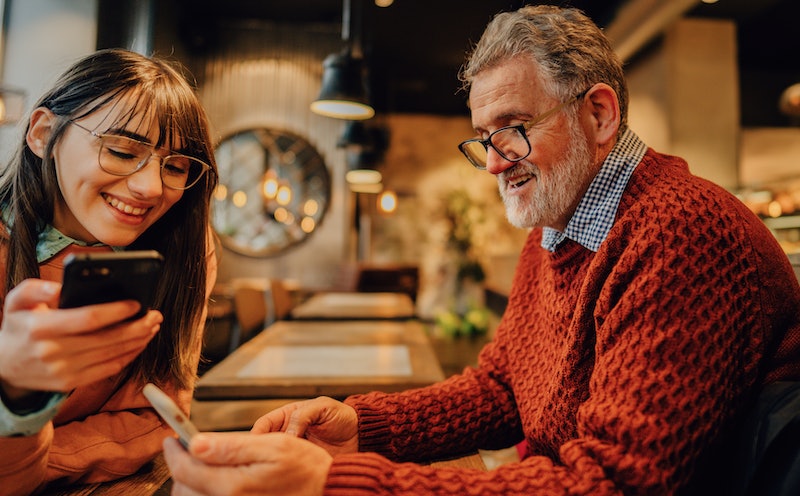 Your parents never thought to consider that you might have a burner social media account, but after Connecticut Sen. Richard Blumenthal awkwardly asked Facebook to crack down on secret profiles, Boomers are suddenly questioning what finsta means. Now your parents want to know what finsta is, exactly. And do you have one? And if so, what illicit, NSFW life are you living on private mode?

Your finsta — a portmanteau of fake + Instagram — is probably just an account you use to lean into your secret K-pop fandom, or post pictures about your nightstand cup collection, but it does have a mysterious and exciting ring to it, right? Over the last two weeks, per Google Trends, there’s been more searches for information on finstas than, well, ever. Sen. Blumenthal has brought forth a wave of curiosity about a trend that, while not new, has been relatively on the down-low among the kids for years. “Finsta” is no longer a pop culture reference that the only cast of Euphoria would drop casually — now, your mom’s curious, too.

What Finsta Means To Gen Z

A finsta is not just a place to post imperfect or personal photos, according to Gen Zers, who coined the term, but a place to make IRL-worthy connections. “My finsta is a private, yet public journal where I am selective about who I reveal my personal life and deep inner thoughts to,” Yeji, 20, a college sophomore, tells Bustle. “I’ve had one since high school, and I like it because it allows me to make deeper connections with people who I genuinely care about,” she says. Her public-facing profile, Yeji says, is more of a photo journal that allows people to get an idea of what her life and interests are, but not get too close. “Finsta is a place to show your raw, genuine, and vulnerable self,” she says.

Just having an alt account has inspired Yeji to change the way she treats all social media posts so there isn’t too much of a discrepancy between both accounts. “I try not to make it a performance of how put together my life is,” she says.

According to Zainab, 21, a recent college graduate, a finsta is less a place to flex a flashy secret life that’s not aligned with who your parents think you are, and more a place to be yourself. “My parents would definitely recognize me from my finsta more than my public account,” she tells Bustle, adding that while she does post an occasional party pic, it’s mostly “mundane, unfiltered photos.”

Zainab says started her private page because she felt she didn’t have the energy to take high quality pictures and keep up with the trends. “With my finsta account, which has about 10% the amount of followers of my main account, I can post whatever I like — food, animals, clothes, and selfies, looking rough.” Because only people who she’s already connected to follow her, she feels less pressure to be perfect. “I don’t put any thought into performance,” she says.

What Finsta Means To Millennials

Millennials, on the other hand, seem more likely to create a finsta to lean into a hobby, promote a side hustle, or sleuth. Kara, 34 , an advertising executive, started one to post as much cooking content as she wants without having to worry about her friends or coworkers getting sick of it. “I don’t need my clients knowing what I eat for dinner every night, and I don’t want my friends to judge me for using hashtags, so I just have a finsta to give me that freedom to post what I want,” she says.

Lizzi, 32, a social media manager, tells Bustle she mostly uses hers for playing detective. “My finsta is not very interesting. It’s just an account I use to privately follow people like the Kardashians and my exes — I don’t even post,” she says, noting that people can look at (and judge) who you follow on main. On her secret account, she says, “My feed is just like junk food. I love it,” she says.

How To Explain What Finsta Is To A Boomer

Regardless how you use your private feed — to share morning zits, daily ‘fits, or party antics — inquiring Boomers should actually be glad you have one. (Or, at least, that’s how you’ll want to phrase it for your aunt and uncle at Thanksgiving.) What you put out there for everyone to see on your main channel can be used to define you by prospective employers, or judge you by people you don’t know. What you keep to yourself on your alt stays off your Google-able digital footprint.

“I actually think my parents would be happy if they found my finsta. Only a few close friends follow me, and it shows that I have the ability to know the difference between what should be public and private,” Zainab says. Perhaps the best way to make a finsta make sense to a Boomer is to let them know it’s a place to post without inhibitions — not the Wild West.